South East Asia has been one of the world’s economic bright spots in recent years, with favourable demographics and strong economic growth. The region is also a significant vehicle producer and large market for finished vehicles, taking early steps towards electrified and low emissions vehicles, particularly in public transportation.

This SMMT webinar looked at Thailand and Indonesia – the two largest vehicle producers and markets in the region. We were joined by speakers from the Thai Board of Investment and Department for International Trade, Indonesia. 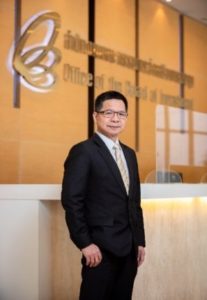 Mr. Chanin Khaochan, Deputy Secretary General (Executive, Higher Level), began his career at the Office of the Board of Investment in 1986. He had held important positions as follows:

Mr. Chanin Khaochan earned his Bachelor of Engineering from Chulalongkorn University and a certificate of completion for advanced training program from the National Defense College, Thailand (NDC60). In 2000, he was assigned as a Consultant on foreign investment influence in the Bangladesh Board of Investment. Efrizal is currently Trade and Investment Manager for Transport Infrastructure sector, at the Department for International Trade (DIT), based in British Embassy Jakarta. He joined DIT in 2019 and is responsible for supporting UK companies’ interests to involve in airport, railway, and electric vehicles projects in Indonesia, including providing advice on the best way to enter the market. Before DIT, Efrizal has worked for Cekindo Business International, a market entry consulting company for three years. As Business Consultant, he helped foreign investors to strategize the business expansion plan to Indonesia.