It’s no secret that Germany is an automotive powerhouse. Ever since Karl Benz produced the first commercially made motor vehicle with an internal combustion engine in 1886, German engineers have been tinkering away, designing and building some of the world’s finest cars. But now, in 2021, facing increasingly urgent climate challenges and heightened competition from around the world, Germany’s automakers find themselves in the middle of a true revolution.

It is difficult to overstate the importance of cars for the economy in Germany, not to mention the positive spill-over effects for its neighbours. The German automotive industry employs just under one-tenth of the country’s population and generated nearly 380 billion euros (338 billion pounds) in revenue, approximately two thirds of it from exports. The automotive sector is thus the most important industry in Germany by a wide margin and accounts for 25 percent of all passenger cars produced in Europe.

But manufacturing is only half the picture. Germany is also by far the number one market for passenger cars in Europe. In 2020, 2.9 million new cars were registered across the country despite the general economic dip caused by the coronavirus pandemic.

Alongside the well-known German carmakers ranging from Volkswagen (including Audi and Porsche), BMW and Mercedes-Benz, Germany has also become a hub for manufacturers from the USA, China and Japan. In 2019, Tesla decided to build its new European gigafactory on the outskirts of Berlin, and production is set to commence by the end of this year.

Nothing Short of a Revolution
Moving away from Germany’s cornerstone technology – the combustion engine – and embracing electric mobility entails a concerted effort by policymakers and the automotive industry itself. The key is the German tradition of steady evolution. This includes revolutionising the energy supply, developing new materials, fostering a battery production ecosystem and much more.

“What’s unique about Germany’s transition to electric mobility is that, for decades, we’ve taken a holistic approach,” says Christoph Mester, automotive industry expert at Germany Trade & Invest (GTAI) in Berlin. “First of all, we set out to transition our electricity supply to renewable sources, which now account for nearly 46 percent of all electricity production. This ensures that electric vehicles will run on clean energy, rather than shifting emissions from one source to another.”

“At the same time, we are steadily building a charging infrastructure, with two billion euros available for fast-charging points and a total of 50,000 stations planned by 2022. We’ve spent over three billion euros in the last decade on R&D in areas like lightweight materials and battery technology. With all of those prerequisites now in place, the uptake going forward is going to be massive,” Mester predicts.

Germany Shaping up as Europe’s EV Hub
German carmakers have rolled out over 70 electric models by 2020. In total, 13 percent of all German cars produced were electric, and that proportion is set to grow rapidly. This shift has attracted the entire supply chain to Germany, most notably battery production. Of the approximately 20 battery manufacturing sites in Europe that are currently operational or under construction, half are in Germany. Anticipating the additional needs created by this manufacturing boom, battery-recycling facilities are shaping up to be the next market segment, and massive public and private investments are in the pipeline.

Alongside its Europe-leading exports, demand in Germany itself is driving the reorientation of the industry. In December 2020, over half of all new car registrations were fully electric vehicles. Almost two thirds of all battery electric vehicles (BEVs) on German roads (194,000 out of 309,000) were registered in 2020. If hybrid vehicles are included, over a million electric vehicles were on German roads as of June 2021. Government grants of up to 9,000 euros per BEV (over 7,600 pounds) are reducing costs to consumers. These subsidies complement other measures, such as motor vehicle tax exemptions, private wallbox installation grants, and favourable road traffic and parking policies. And with an eye to the future, the Autonomous Driving Act, including approval for level 4 autonomous application, is expected to be finalised in 2022.

German manufacturers, suppliers, consumers and policymakers are aligned and driving the electric mobility revolution forward at a speed never seen before. And this is creating countless business opportunities for both German and international companies. To find out how you can expand into the German market and take advantage of the current conditions, please contact Germany Trade & Invest’s London Office. 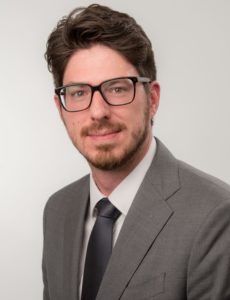 Click here for more information about how Germany can help UK companies expand to the German market.