“The September new car registrations figure was the highest monthly total since March 2008. With over 400,000 new cars registered for the first time in more than five years, the UK market is reflecting growing economic confidence,” said Mike Hawes, SMMT Chief Executive. “Robust private demand has played a major role in this growth with customers attracted by exciting, increasingly fuel-efficient new models that offer savings in the cost of ownership. This is the 19th consecutive month of steady growth and, with fleet and business demand still to reach pre-recession levels, we believe the performance to be sustainable. The latest 63-plate should deliver positive results into next year.” 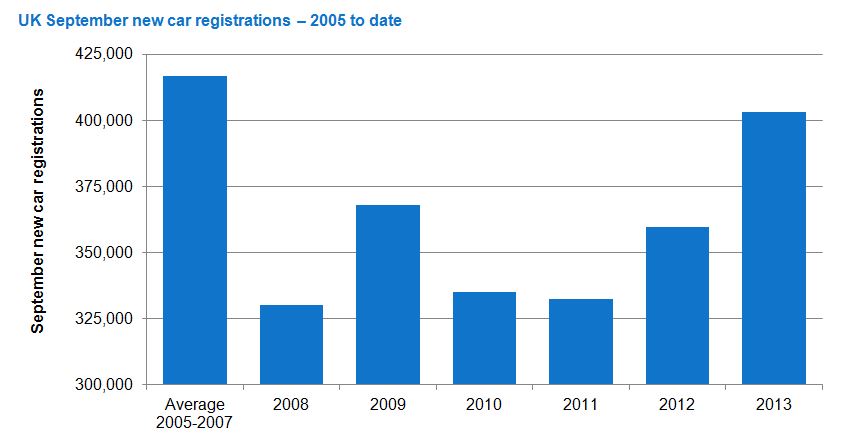 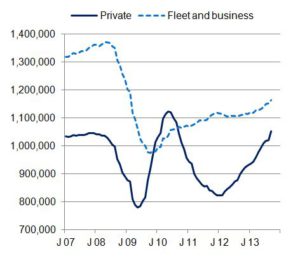