Longest ever period of growth for UK new car market

Mike Hawes, SMMT Chief Executive, said, “The new car market has now grown in every month since March 2012 – the longest period of growth on record and a reflection of the UK’s ever-improving economic conditions.

“Over the past 27 months, increasingly confident consumers have been drawn to some fantastic new products, attracted by innovative technologies, improved fuel economy and competitive deals helping make a new car more affordable. With SMMT forecasting an overall rise of around 6% over the year, the coming months should see some levelling off in growth rates as underlying demand stabilises.” 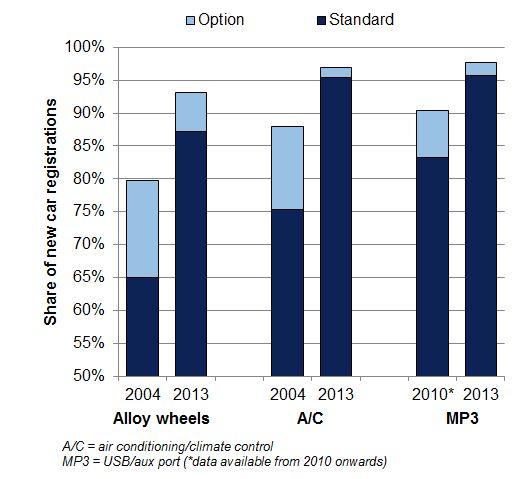