“Demand for the new 64-plate has been boosted by intensifying confidence in the UK economy, with consumers attracted by a wide range of exciting, increasingly fuel-efficient, new cars. In the months since March – which saw an 18% jump in registrations – the growth has shown signs of levelling off as the market starts to find its natural running rate.”

September and March: the effect of the plate change 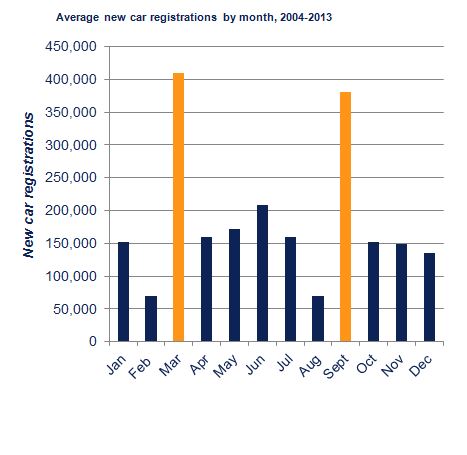 See SMMT’s special feature to take an in-depth look at the new car market, including the most popular five registration plates.