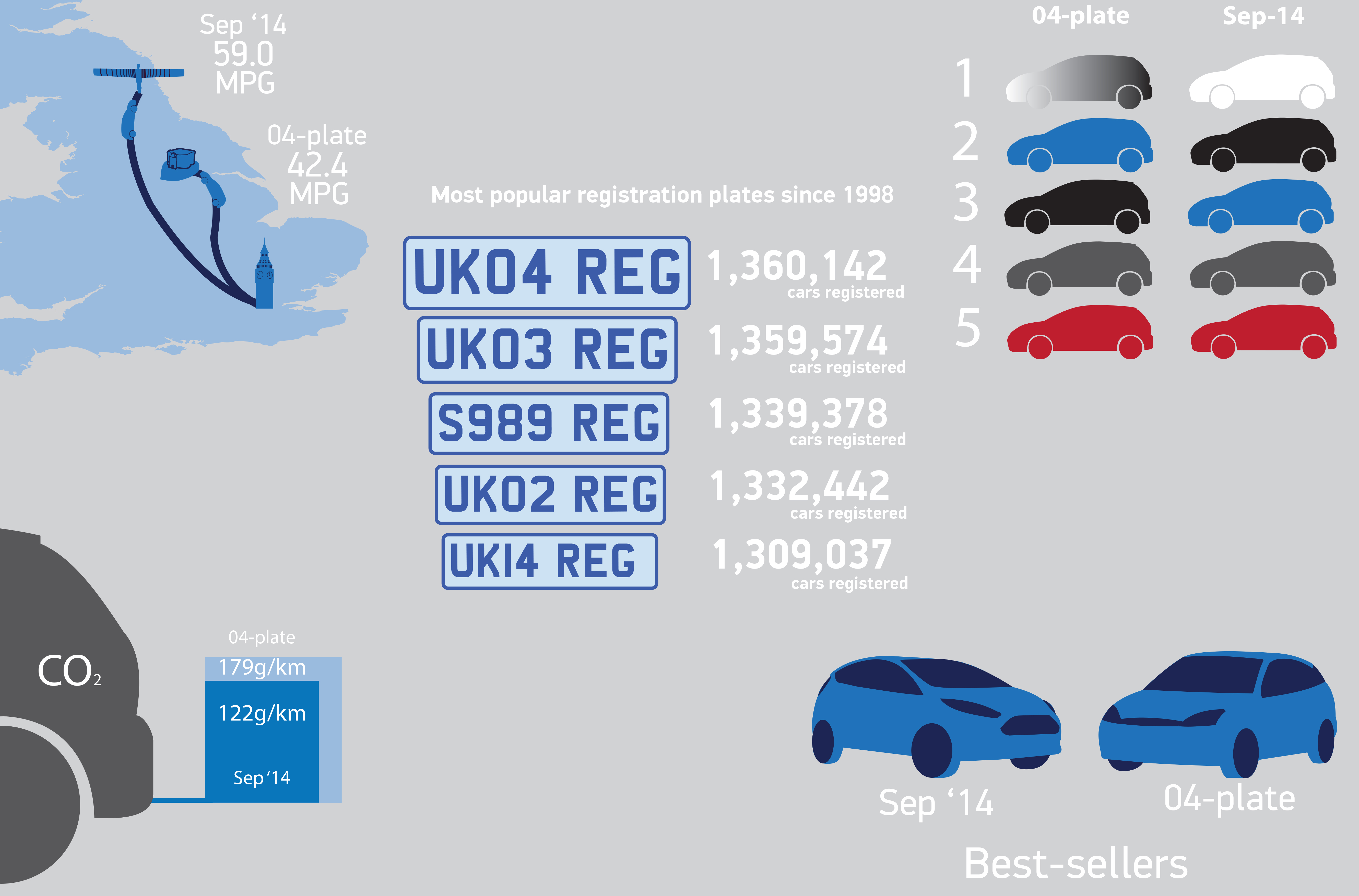 Today (6 October), SMMT has announced that 425,861 new cars were registered in September.  Not only does this make it the second-largest month of the year in terms cars registered – beaten only by March – it also makes this September the biggest for 10 years.

Typically, September and March are highly lucrative months for car traders, with the two months accounting for more than a third of annual car registrations. These biannual peaks are due to the launch of a new registration plate, which occurs on 1 March and 1 September each year.

Each new plate brings with it the promise of a higher residual value than its soon-to-be-redundant predecessor. Typically, consumers will hold off on buying a car in February or August to ensure that their new car is registered to the latest plate.

Since the twice-yearly plate change was introduced in September 1998, the new car market, and wider economy, has undergone a period of serious change. This is plain to see when looking at the most-popular number plates since 1998. 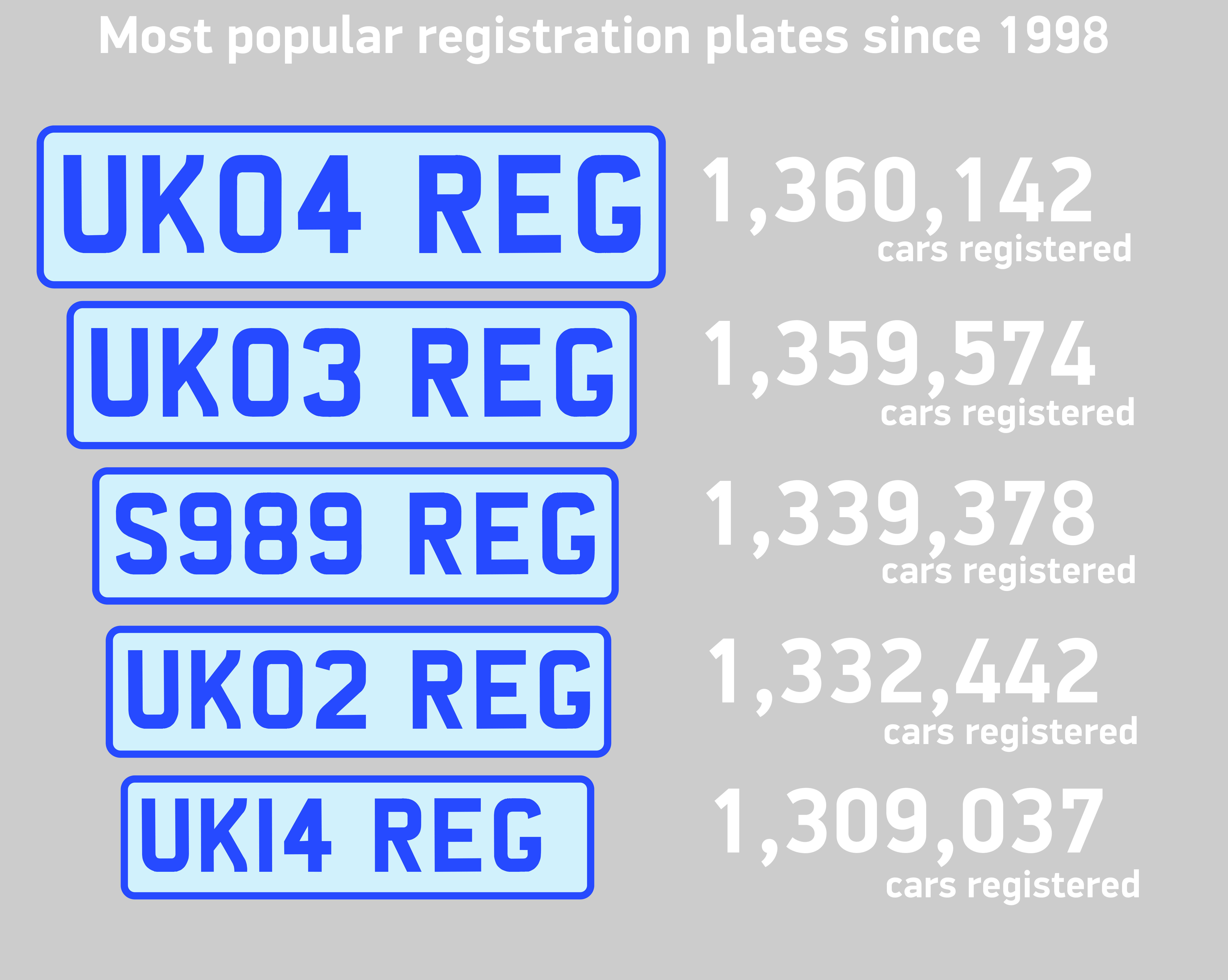 At the top spot is the 04-plate (March – August 2004), which saw 1,360,142 new cars registered to it, closely followed by the 03-plate (March – August 2003) with just 568 fewer registrations. Both plates fell in the boom-years of the new car market, in which more than 2.6 million cars were registered annually. However, neither of the plates’ September – February counterparts made the top five, showing the strength of the first-half plate. The only September plate to make the top five is the inaugural S-registration of September 1998.

Despite showing growth throughout every month of its tenure, the out-going 14-plate only managed to scrape into the top five, more than 20,000 units behind the fourth-place 02-plate. This shows that while the current new car market is strong, it is still some way off the over-inflated performance of the mid-2000s.

Comparing the markets’ strongest-performing registration to plate to the 64-plate of September 2014 shows how the market and consumer habits have changed. 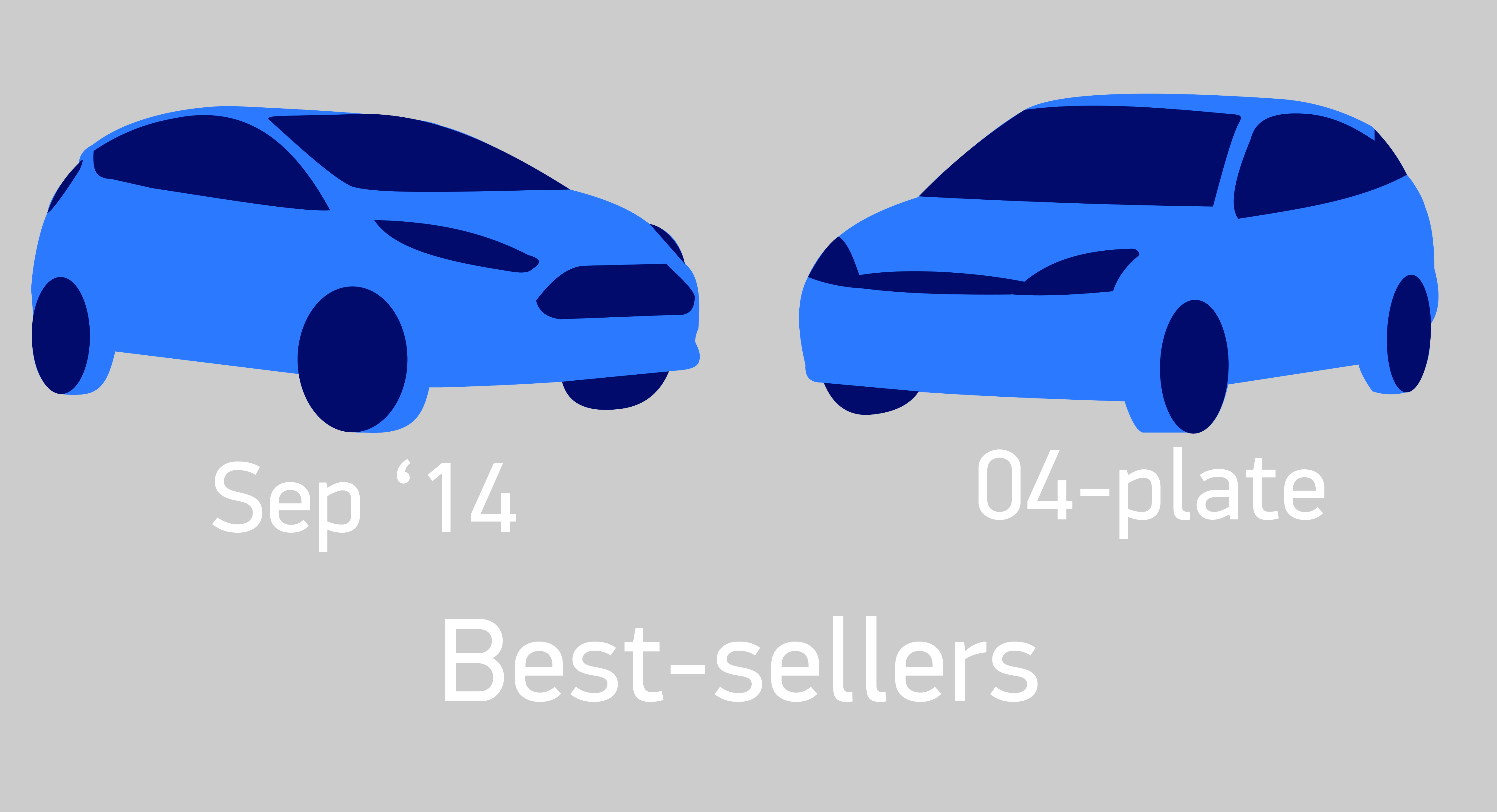 Throughout the 04-plate’s tenure, the UK’s best-selling car was the C-segment Ford Focus. During its time at the top of the sales chart, from 1999 – 2008, the Focus registered 1,289,949 cars. Today, the UK’s most popular car is the B-segment Ford Fiesta. This reflects a wider trend with motorists swapping larger hatchbacks to superminis, as detailed in a previous SMMT feature The UK new car market – Ford shows what’s driving the change. 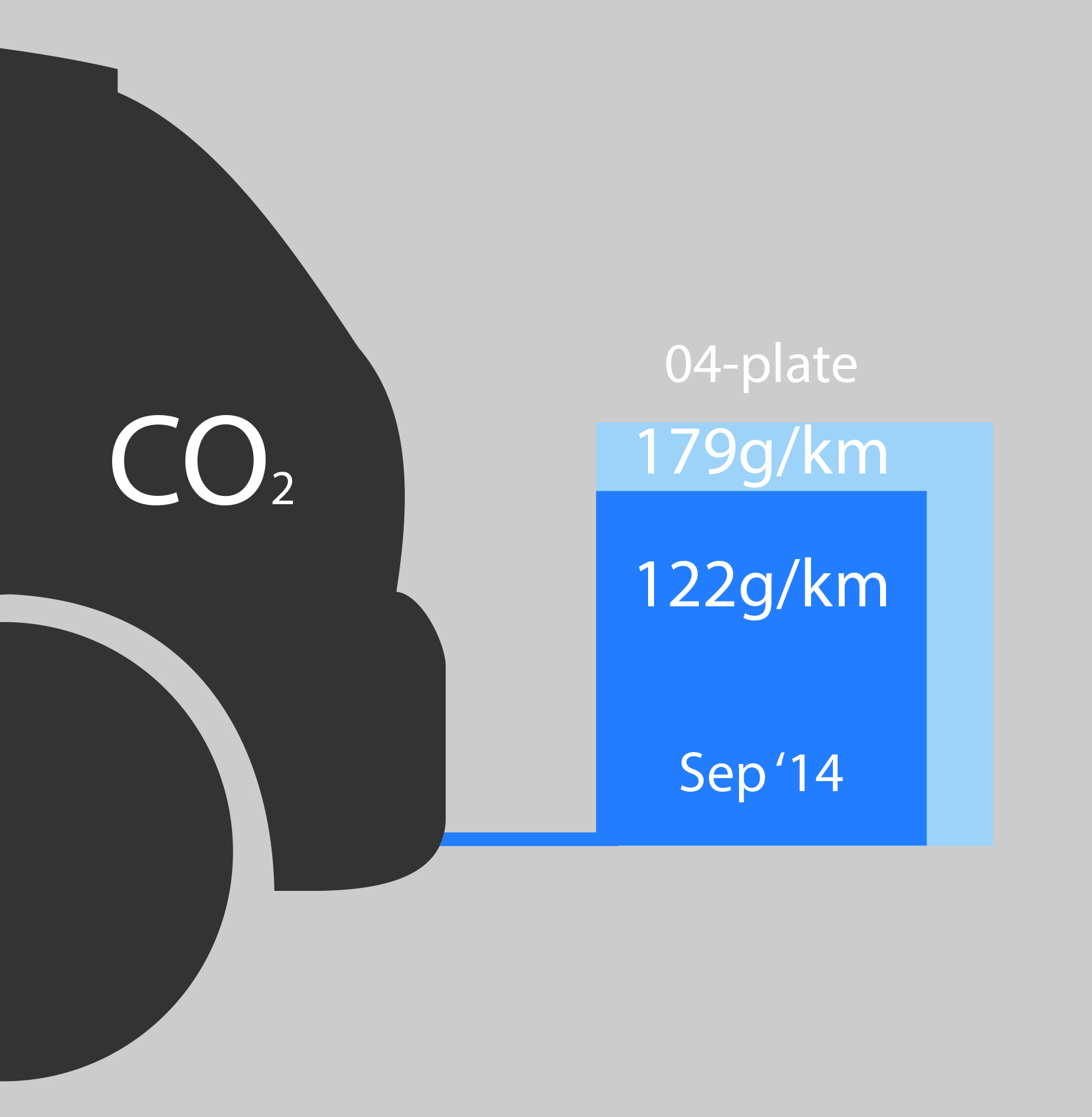 In the decade between the 04-plate and today, the automotive industry has taken great strides to make its cars as efficient as possible. When the average car was registered to an 04-plate, it emitted 179g/km CO2 from the tailpipe. In September, the average new car emitted 122g/km CO2, even showing an improvement over 2013, in which new cars emitted an average of 128.3g/km CO2. 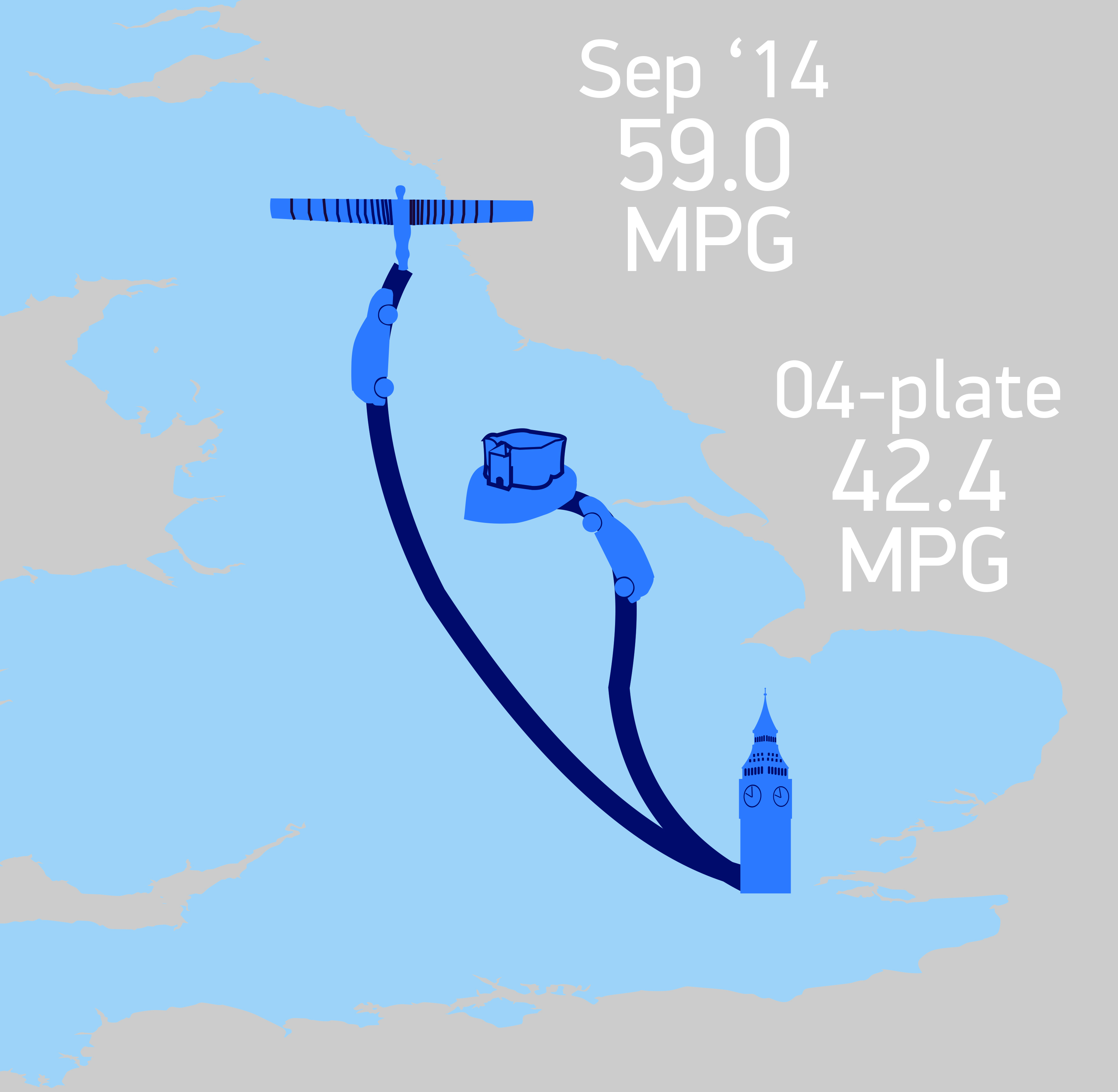 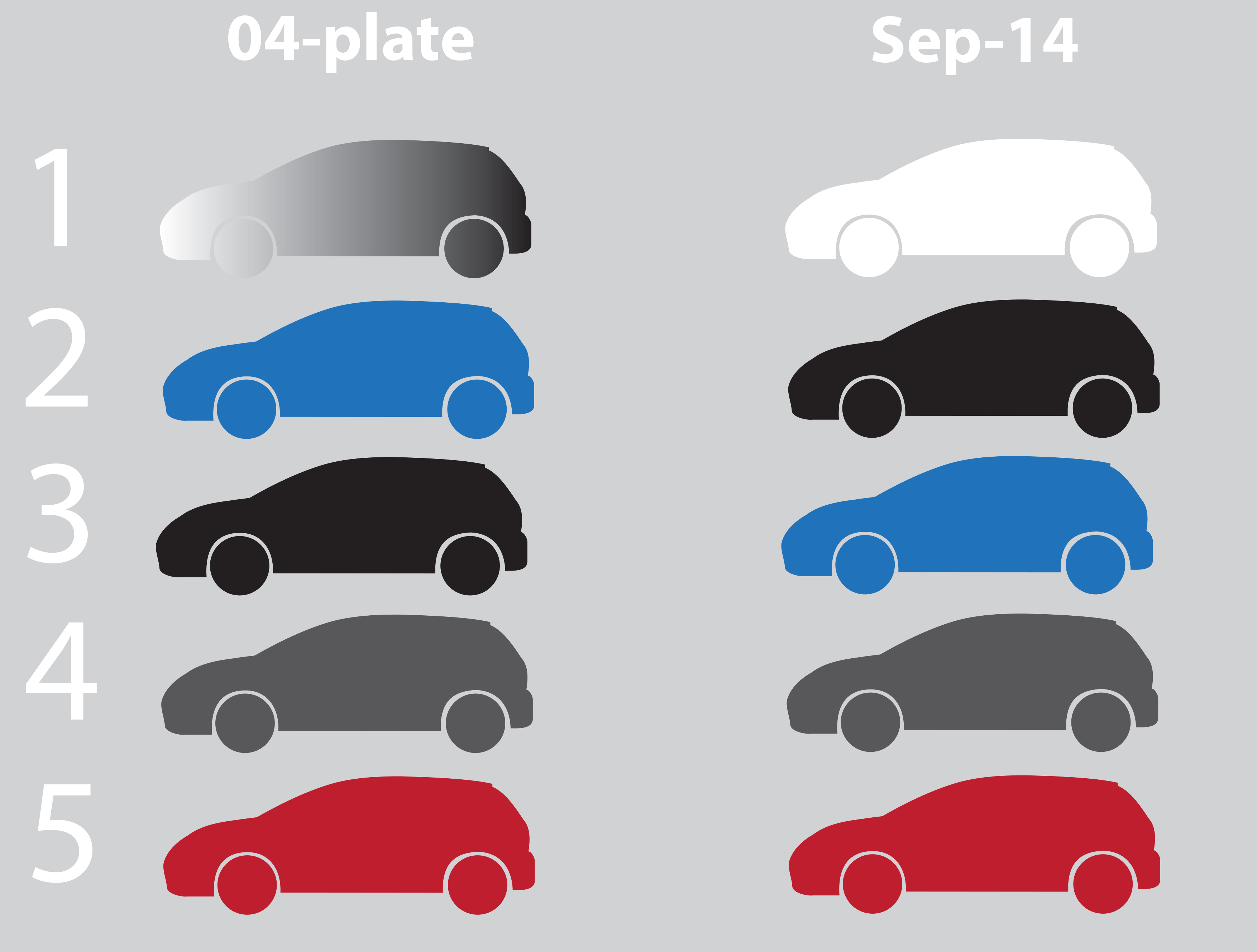 Fashion changes, and with it changes the new car market. Never is this more apparent than when looking at popular car colours. When the 04-plate was in season, motorists wanted their cars in silver, making it the most popular colour, followed by blue. In 2014, silver has fallen out of favour, not even making the top five. Instead white is the new favourite topping the colour chart, followed by black, blue, grey and red.