The UK has once again beaten CO2 emissions targets, with the average new car in 2014 posting CO2 emissions 4.2% below this year’s EU-wide target of 130g/km, according to a Soc 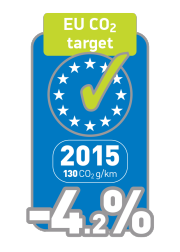 The shift to more efficient diesel and petrol engines has been critical to this success, while significant growth of the alternatively fueled vehicles (AFV) market has also contributed. Sales of plug-in vehicles increased fourfold to 14,498 in 2014 and, for the first time, the UK surged ahead in Europe, registering more new plug-ins than any other country. By the end of the year, there were 52,000 AFVs, including hybrids, plug-ins and range extenders, on the road – a 58.1% increase on 2013. 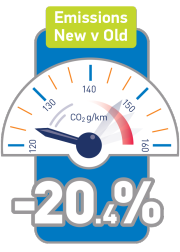 The New Car CO2 Report shows the huge impact the EU CO2 regulations, alongside significant UK government support1, are having on emissions from all types of cars. In 2014, more than two thirds of new cars (68.6%) met or fell under the 130g/km EU threshold, compared with just 0.9% in 2000, with buyers of these cars benefiting from the £0 first year Vehicle Excise Duty (VED) rate.

However, this tremendous success raises questions about the future shape of taxation and incentives in the UK; questions that will be a priority for the next government. Today, SMMT publishes a second report2 by the Centre for Economics and Business Research (CEBR), which explores the challenges that must be met to sustain further long-term reductions in CO2, while also continuing to deliver sufficient revenue to government.

With a strict new EU-wide CO2 target of 95g/km by 2020, much is at stake, and the CEBR report recommends a moderate and fair approach to reform to avoid undermining future uptake of the newest, cleanest cars. Demand for these vehicles must be maintained, alongside support for the development of the next generation of low carbon technology. SMMT is calling on the next government to work closely with industry when it reviews the motoring taxation regimes, to ensure balance, fairness and stability in the market, and to reflect industrial strategy ambitions. 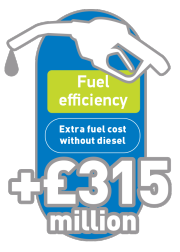 Mike Hawes, SMMT Chief Executive, said, “The UK automotive sector has made enormous strides in cutting emissions across the board and should be proud of its achievements. However, there is a long way to go, and meeting ambitious targets in 2020 will require ongoing support and investment. Striking the delicate balance between influencing buying behaviour, encouraging investment and maintaining critical tax income will be a big challenge. SMMT is committed to working with the next government to make the changes now that will help the industry meet the even greater cuts in CO2 demanded in the future.”

The SMMT New Car CO2 Report 2015 and The CEBR Future of Motoring Taxation Report are available to download here.

1. Government support has been a vital stimulator of demand for ultra low emission vehicles of all types. Since 2014, more than £500 million has been committed to the plug-in car grant incentive; vehicle charging infrastructure; the Go Ultra Low consumer information campaign, a joint-funded government-industry initiative (www.goultralow.com); and R&D, including a £1 billion 10-year funding programme for the development of next generation eco-efficient engines through the Advanced Propulsion Centre.

2. The Future of Motoring Taxation report from the Centre for Economics and Business Research (CEBR) was commissioned by SMMT and published on 28 April, 2015.