Tuesday 6 October 2015 New car registrations in the UK reached their highest-ever September total last month, according to figures released today by the Society of Motor Manufacturers and Traders (SMMT). 462,517 cars were registered in September as buyers took advantage of a range of competitive deals on the latest 65-plate, making it the 43rd consecutive month of growth in the market.

Gains were made across all market sectors – private, fleet and business – while petrol, diesel and alternatively-fuelled vehicles all saw increased demand. In line with typical performance so far this year, registrations of diesel and petrol cars in September grew 4.1% and 12.3% respectively, and alternatively-fuelled vehicles (AFVs) recorded another strong month with volumes up 21.7%. This puts total year-to-date growth at 3.1% for diesel, 9.5% for petrol and 48.7% for AFVs.

Mike Hawes, SMMT Chief Executive, said, “September is traditionally one of the year’s biggest months for new car registrations, and last month set an autumn record. With plenty of attractive, affordable deals available on the new 65-plate, Britain’s car buyers – whether private, fleet or business consumers – were busier than ever. The market reached pre-recession levels some time ago, and we anticipate some levelling off in the coming months. It is too early to draw conclusions, but customer demand for diesel remained strong, accounting for one in two cars registered.” 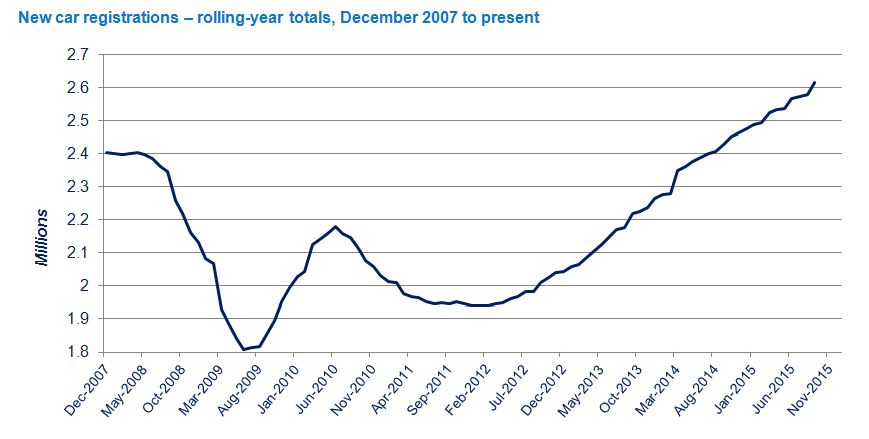 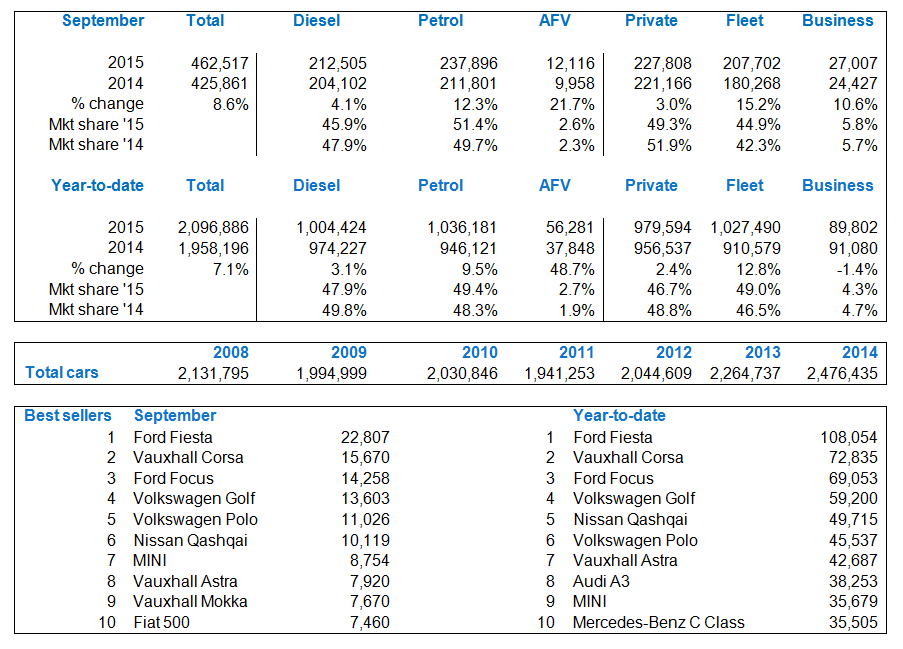