British car manufacturing has hit its highest level for the year-to-date in a decade, according to the latest figures from the Society of Motor Manufacturers and Traders (SMMT). A total of 1,318,452 new cars rolled off UK production lines in the first 10 months of the year, the best performance since 2005 and up 2.8% year-to-date. Exports drove volumes in October, with foreign demand up 1.5%, while the domestic market fell marginally month-on-month.

Mike Hawes, SMMT Chief Executive, said, “Despite a small drop in overall output last month, the industry has delivered a robust performance so far this year, particularly in terms of exports. Given the slowdown we’ve seen in several key global markets in recent months, UK automotive manufacturing still remains in a strong position.” 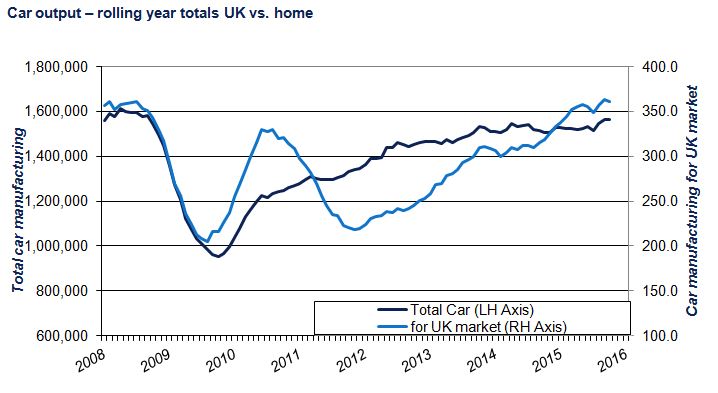