Home → SMMT News → Over 40% of motorists have left car keys with a stranger, as motor industry and police call for greater consumer vigilance
SMMT News

Over 40% of motorists have left car keys with a stranger, as motor industry and police call for greater consumer vigilance 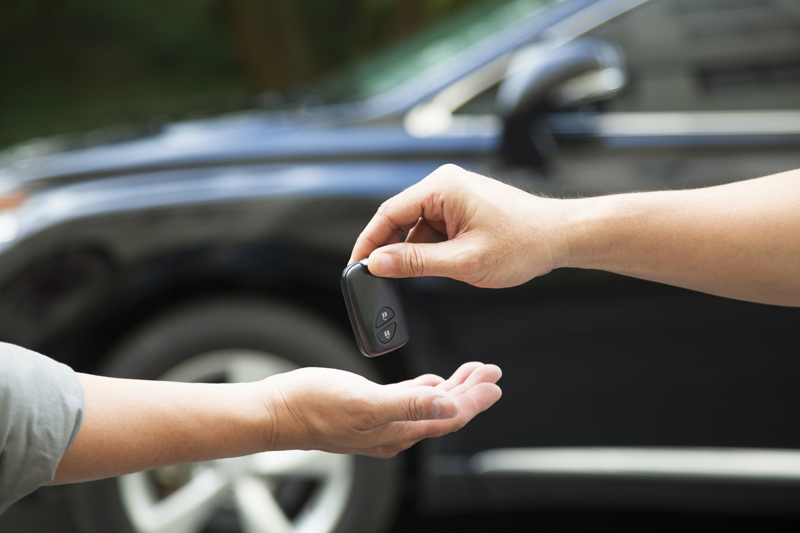 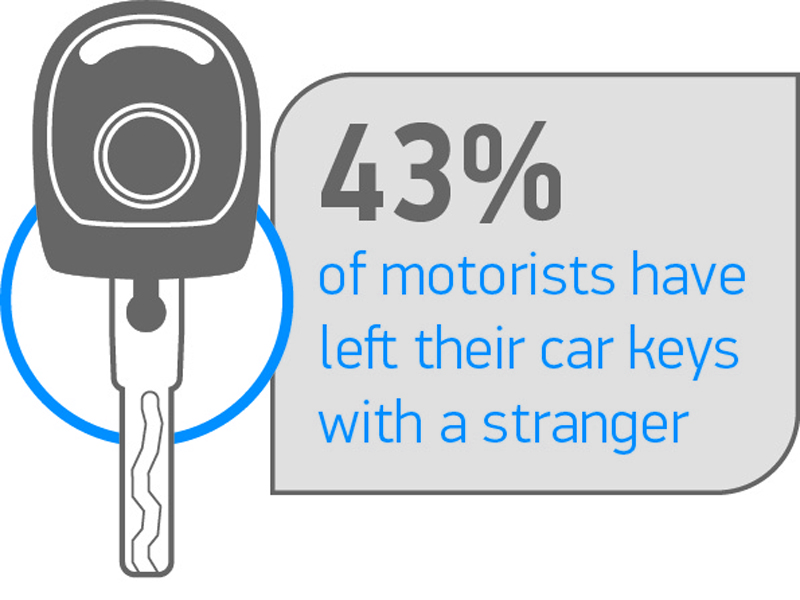 Two in five car owners don’t appear to think twice about leaving their car keys with a stranger, despite the potential security risk, according to the results of a YouGov consumer survey published today by the automotive industry, government, police and insurance bodies.

Car theft has fallen significantly since the mid 1990’s when, at its peak, up to 620,000 cars were stolen each year. Today that figure is below 80,000.1 However, responding to police figures showing reported incidents rose by 8% in the year to March 2016, SMMT, Home Office, Metropolitan Police Service and Thatcham Research, the motor insurers’ automotive research centre, have joined forces to understand the nature of modern day car theft and develop solutions to tackle it.

Today, alongside the results of the survey, they are publishing a 10-point plan to help owners secure their cars to help beat the thieves.

The survey found that in the past 12 months, 43% of British drivers have left their car keys with someone they don’t know, with 71% of them not checking whether the company or individual was a member of an accredited code of practice or other professional standard. In comparison, just 11% said they have trusted their house keys to a stranger.

Meanwhile, just 11% of people said the first thing they look for in a car park is CCTV, gated entry or manned barriers. At home, respondents admitted to leaving their car keys in clear view or close to the front door on a hallway hook or sideboard, leaving them at risk of opportunistic thieves 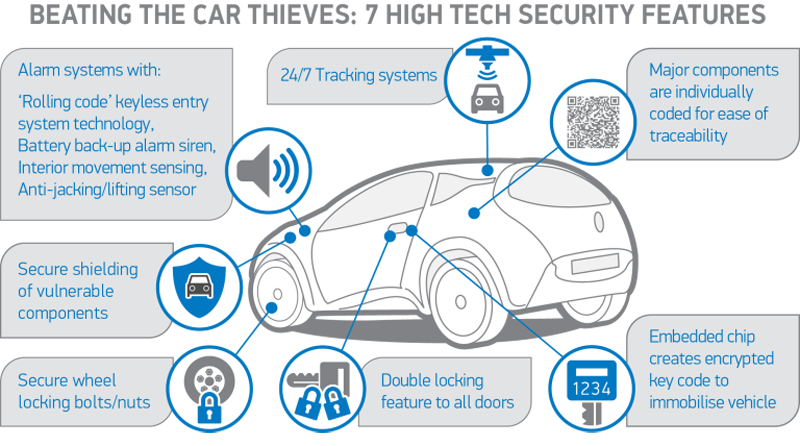 Cars are more secure than ever before, with manufacturers continually working on new security features. Investment in new technology means that all new cars sold in the UK now have an immobiliser and many are fitted with an alarm and double locking as standard.

Car owners can also play an important part in protecting their vehicles by taking simple preventative measures, including parking in well-lit and secure parking spaces, double checking your car is locked before walking away, and checking the credentials of any company with which you leave your keys.

Sarah Newton, Minister for Safeguarding, Vulnerability and Countering Extremism, said, “With thefts significantly lower than they were 20 years ago and manufacturers using the latest technology to make our cars safer than ever, the public would be forgiven for putting vehicle crime to the back of their minds. But the recent rise in the number of reported crimes is a reminder that determined thieves are still out there and we should remain vigilant.

“It is important that we all understand this increase, the changing nature of vehicle crime and the steps that can be taken to prevent further increases in these crimes. For many of us, leaving our car keys with a stranger is hard to avoid, but it is always worth checking whether they are a member of an accredited code of practice or other professional body.

“Following a key commitment in our Modern Crime Prevention Strategy the Government has been working with police and industry to look at the methods being used by criminals to steal vehicles and how to stop them. I welcome the advice being delivered as part of the SMMT’s initiative to inform vehicle owners about the hidden dangers and the steps they can take to secure their vehicles.”

Mike Hawes, Chief Executive, SMMT, said, “New cars have never been more secure and the latest technology has helped bring down vehicle theft dramatically. Manufacturers invest billions of pounds every year to stay one step ahead of the criminals, and the latest models include sophisticated immobilisers, smartphone-controlled tracking devices and random key codes to prevent cloning. Technology can only do so much, however, and while car makers, the police and government continue to work together to ensure that stealing cars is as difficult as possible, these latest figures show there’s more consumers can do to minimise risk.”

DCI Sarah Staff of the Met’s Organised Crime Command, said, “Criminals are constantly seeking new ways to steal cars and organised criminals are using increasingly sophisticated methods. The Met’s central Organised Vehicle Crime Unit works closely with the car industry in an attempt to reduce vehicle crime; we have conducted several successful investigations in this area and continue to do so. Vehicle owners should be reassured that car theft is at its lowest level for many years, but they should not be complacent, it’s important to take sensible precautions and remain vigilant to avoid being a victim of car theft.”

Andrew Miller, Chief Technical Officer at Thatcham Research, said, “Thatcham Research has worked for many years with vehicle manufacturers to drive continuous improvement in security as well as in safety, and the most recent vehicle theft statistics reflect the high level of security technology now found on most cars. As well as choosing the best-performing cars, consumers should make sure they are aware of best practice procedures to keep their vehicles secure.”

In positive news, 93% of consumers responding to the survey said they always check their car is locked before walking away, whether by listening for the locking noise, watching for the lights to flash, waiting for the wing mirrors to fold in or simply pulling the door handle.