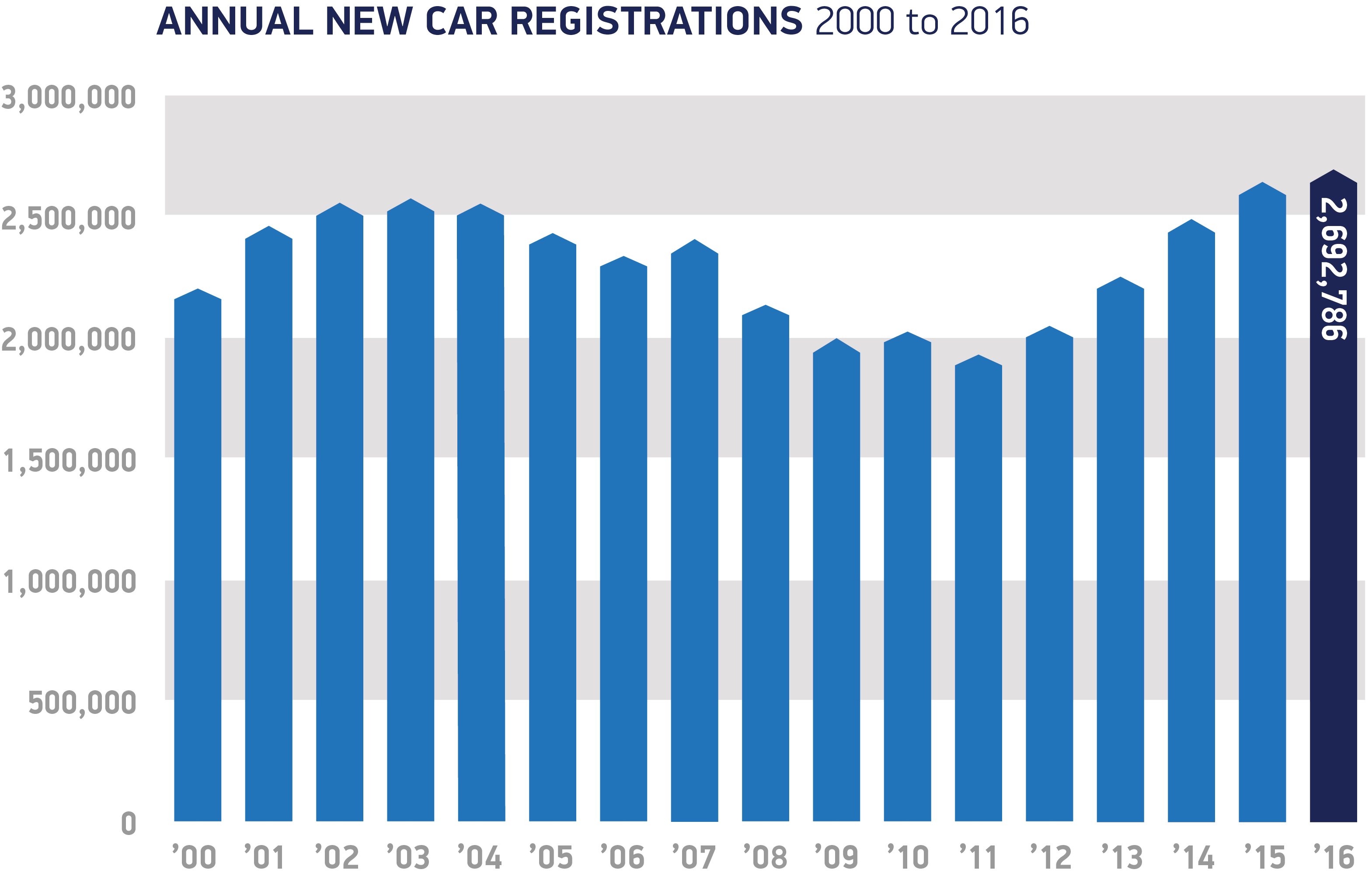 The UK new car market achieved another record year in 2016, with annual registrations climbing for the fifth year in a row to almost 2.7 million, according to figures published today by SMMT. The market has experienced uplifts in 10 out of the last 12 months, albeit finishing with a December down slightly by -1.1% – with 178,022 new cars registered in the month.

Buyers were attracted by a range of new car models and attractive finance deals, pushing registrations up to 2,692,786 in 2016 – up 2.3% on the previous year and broadly in line with expectations. The UK new car market is one of the most diverse in the world, with some 44 brands offering nearly 400 different model types – and 2017 looks set to be another competitive year with almost 70 new launches already planned over the next 12 months. 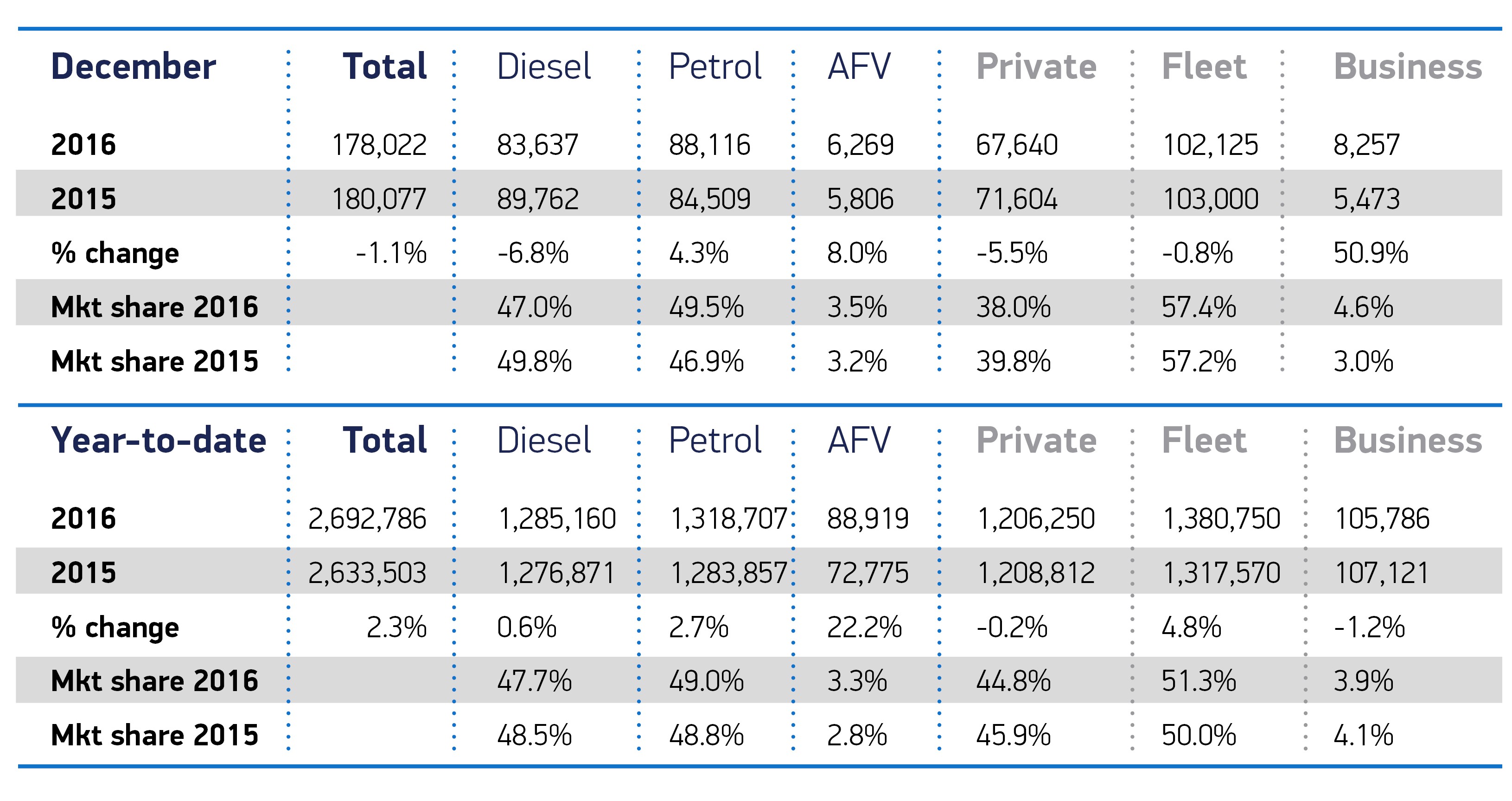 Fleets were responsible for most of the growth, with demand growing to a record 1.38 million units. The private market remains at a historically high level, with more than 1.2 million private buyers registering a new car in 2016, although demand did fall over the latter three quarters. The competitive range of affordable finance is a crucial factor driving private demand as consumers are able to take advantage of low interest rates and flexible payment options.

Diesel and petrol cars continued to be by far the most popular fuel types for consumers with market share at 47.7% and 49.0% respectively. However, alternatively fuelled vehicles (AFVs) experienced a strong uplift in demand, up 22.2% across the year. Plug-in hybrids and petrol electric hybrids, in particular, experienced significant growth, with demand up 41.9% and 25.1% respectively. Meanwhile, more than 10,000 motorists chose to go fully electric in 2016 – up 3.3% on 2015.

Despite 2016’s political and economic uncertainties, the UK’s new car market delivered another record performance as car makers offered an incredible range of innovative and high tech models. 2017 may well be more challenging as sterling depreciation raises the price of imported goods but, with interest rates still at historic lows and a range of new models arriving in 2017, there are still many reasons for consumers to consider a new car in 2017. Looking longer term, the strength of this market will rest on our ability to maintain our current trading relations and, in particular, avoid tariff barriers which could add significantly to the cost of a new car.