SEE THE MOST RECENT CAR REGISTRATIONS BY BRAND

The UK new car market has declined for a third consecutive month with 243,454 new units registered in June, according to figures released by SMMT. Registrations fell at a slower pace than in the previous two months, by -4.8%, as demand continued to stabilise following a record first quarter and the subsequent market turbulence caused by the recent changes to Vehicle Excise Duty. The market is now more in line with 2017 forecasts.

Demand in the month was down across private, fleet and business registrations, recording falls of -7.8%, -2.4% and -8.3% respectively. Meanwhile, the AFV sector enjoyed notable growth, with demand rising 29.0% to 10,721 units to maintain a record 4.4% market share for a second month. Petrol registrations rose by 2.5% and diesel fell -14.7%. 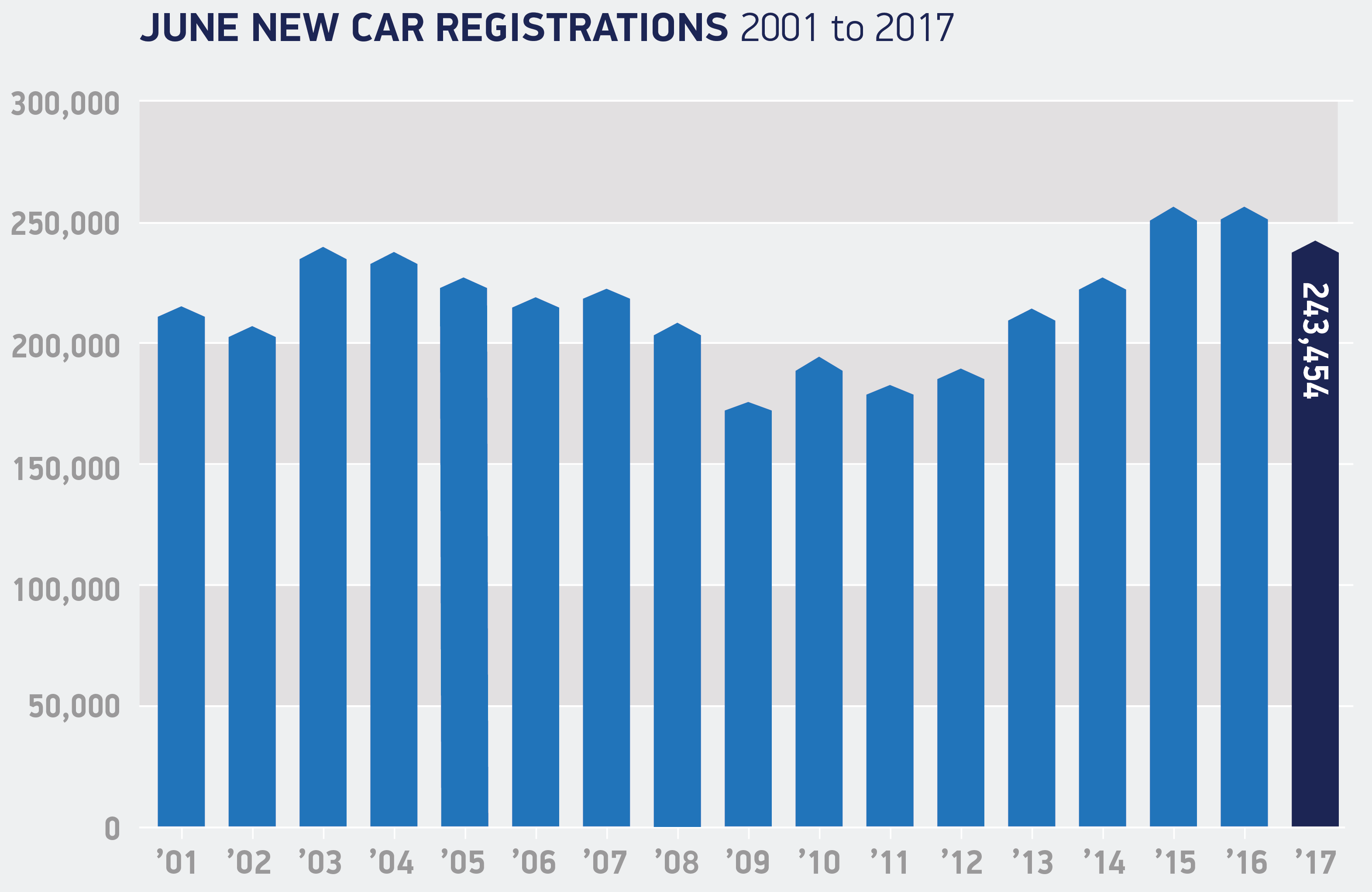 Compact cars, typically powered by smaller petrol engines, proved most popular for all buyers, with superminis and small family cars accounting for almost 60% of the market. Small family cars and SUVs were the only two segments to register growth in June, up 6.0% and 11.3% respectively.

Year-to-date, overall performance remains strong, falling slightly by -1.3% to 1,401,811 units and putting the market on track to meet 2017 forecasts. Fleet and business buyers drove demand across the first six months with registrations up 1.5% and 2.7% respectively in contrast to a -4.8% drop in private purchases, although almost 650,000 consumers have chosen a new car this year.

As forecast, demand for new cars has started to cool following five consecutive years of solid growth but the numbers are still strong and the first half of the year is the second biggest on record. Provided consumer and business confidence holds, we expect demand to remain at a similarly high level over the coming months. It’s encouraging to see alternatively fuelled vehicles experiencing rapid growth but adoption is still at a relatively low level and more long term incentives are required if this new generation of vehicles is to be a more common sight on British roads.