SEE THE MOST RECENT LCV REGISTRATIONS BY BRAND 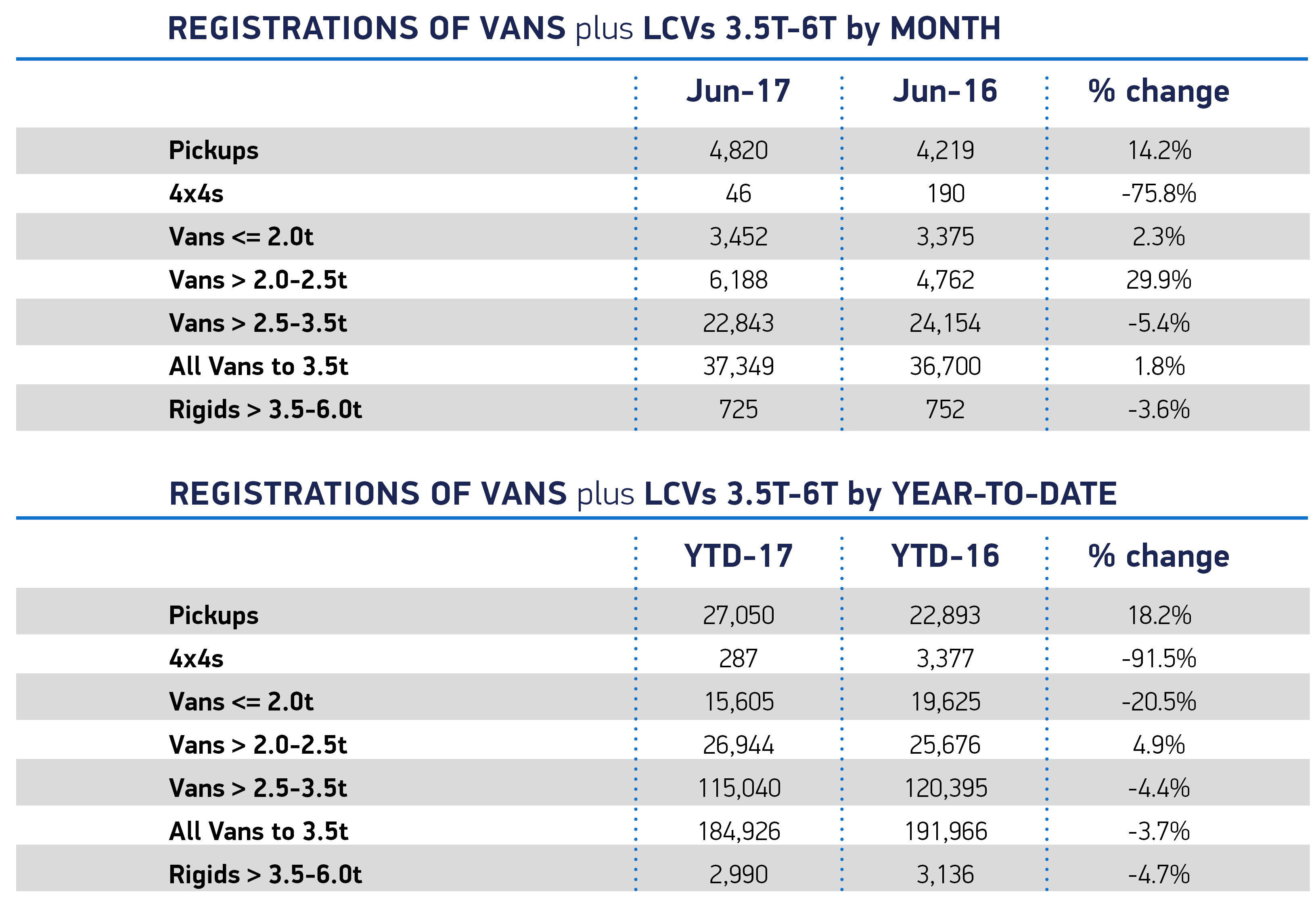 Pickup registrations were up once again, rising 14.2% to almost 5,000 units, with the segment now reporting positive figures for 17 consecutive months.1 Medium sized vans (> 2.0-2.5 t) also enjoyed a significant boost, up 29.9%, while demand for small vans <= 2.0t rose by 2.3%, reversing the negative trend seen over the past year. 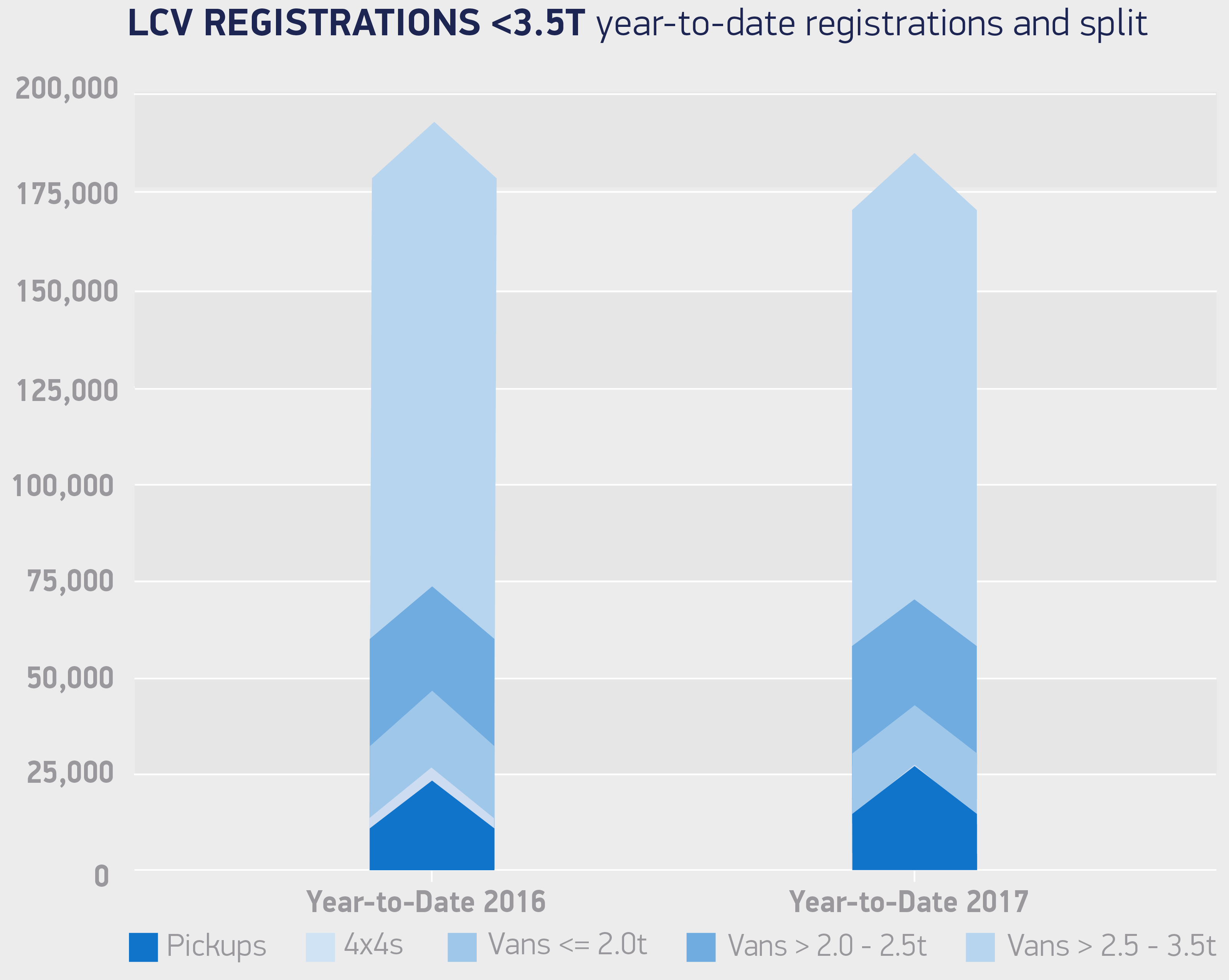 In the first six months, the market reported a small decline on 2016, with registrations down -3.7%. However, volumes remain at a high level, with the year-to-date total of 184,926 vans some 54% higher than five years ago.2

After two years of record growth in the new van market, it’s natural to see demand ease as the sector reaches a sustainable running rate. However, as these figures show, the market remains at a high level and we expect similar patterns of demand to continue throughout the year. 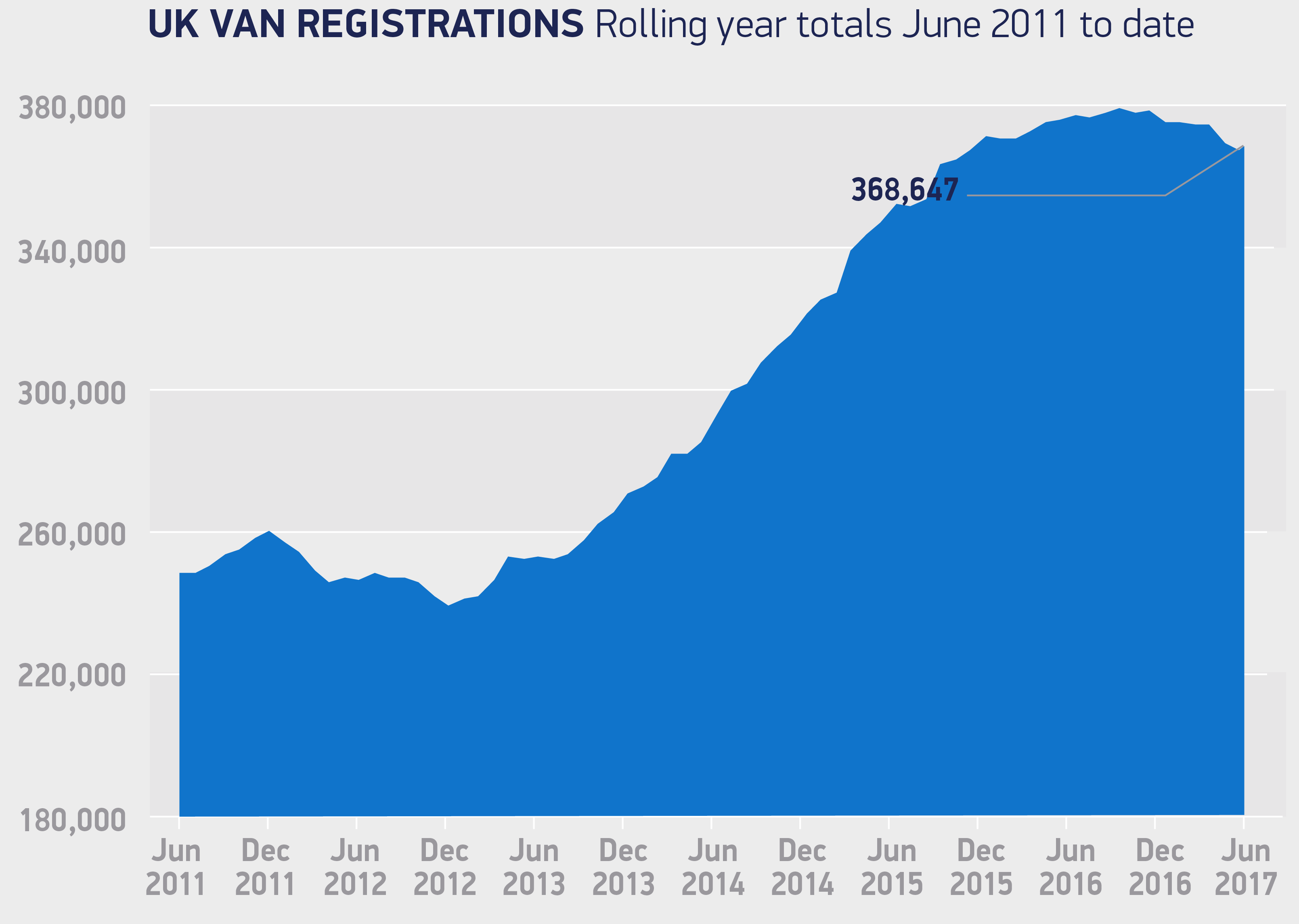