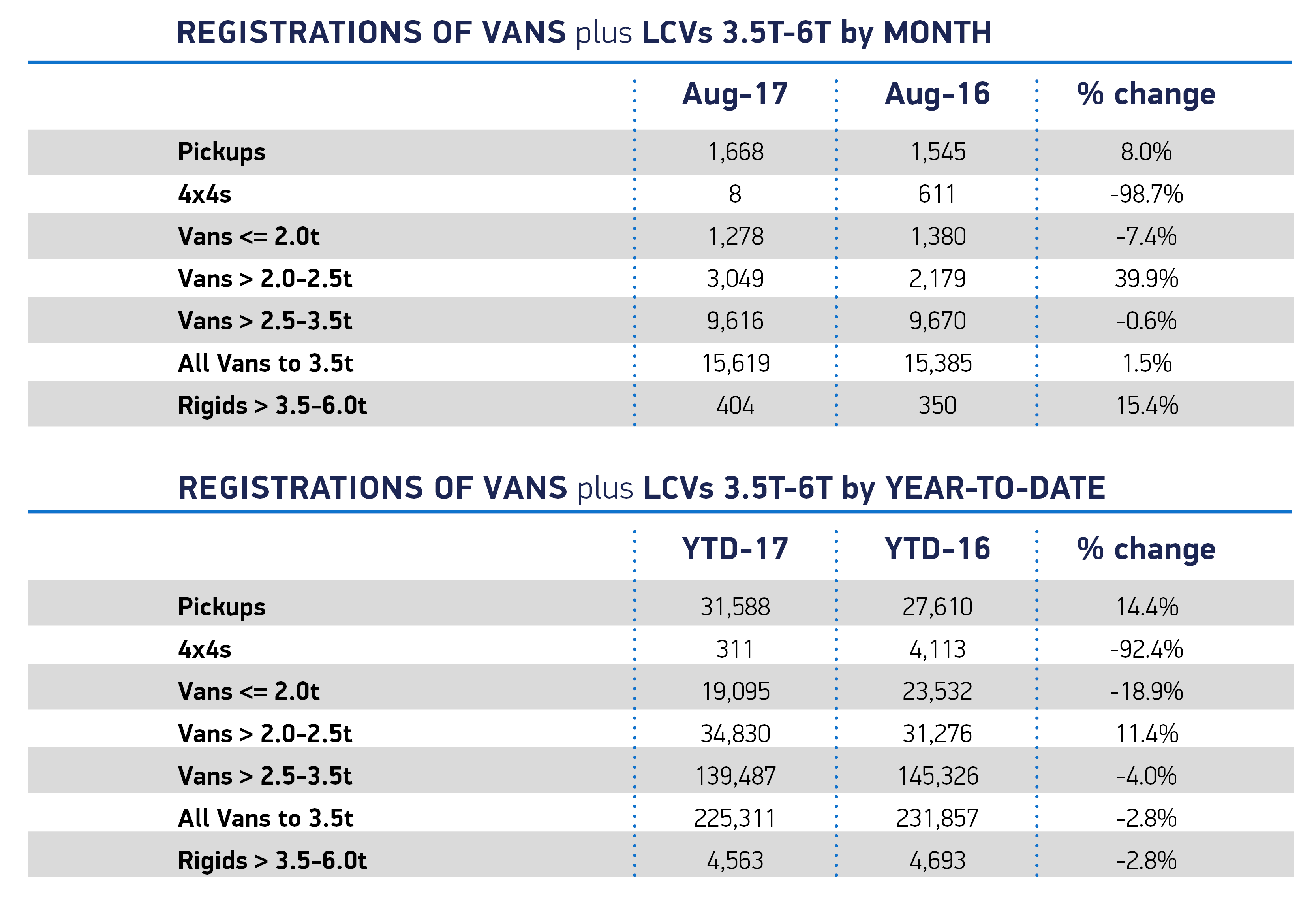 The new light commercial vehicle (LCV) market remained steady in August, with 15,619 vans and pickups hitting British roads, according to figures released today by SMMT. Demand for new vans rose by a marginal 1.5%, representing the best August performance in 12 years.

A 39.9% uplift in smaller vans weighing 2.0-2.5T drove the growth, while the pickup segment also continued its upward trend, rising 8.0%. Demand for heavier vans, meanwhile, fell for the fifth consecutive month, with registrations for vehicles weighing 2.5-3.5T down -0.6%. Year-to-date figures painted a similar picture, with the market for pickups and smaller vans increasing, up 14.4% and 11.4% respectively, while heavier van registrations declined -4.0%.

August is traditionally one of the quietest months of the year, ahead of September’s plate change, so the moderate increase in the new van market is welcome news. While year-to-date figures show demand easing, this is in line with market expectations and overall registration volumes remain at a very high level. This stabilising of the market is indicative of what we can expect for the remainder of the year. 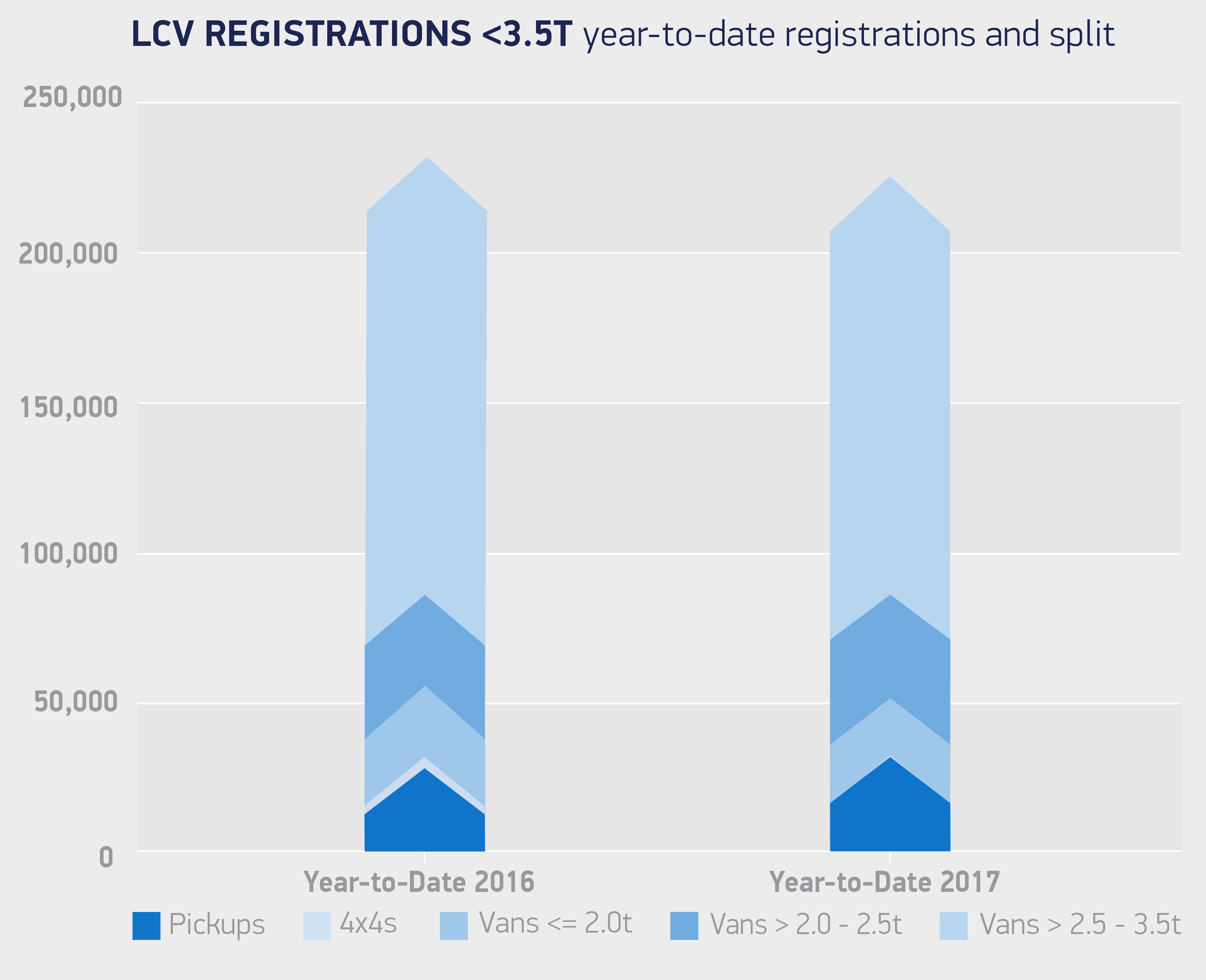 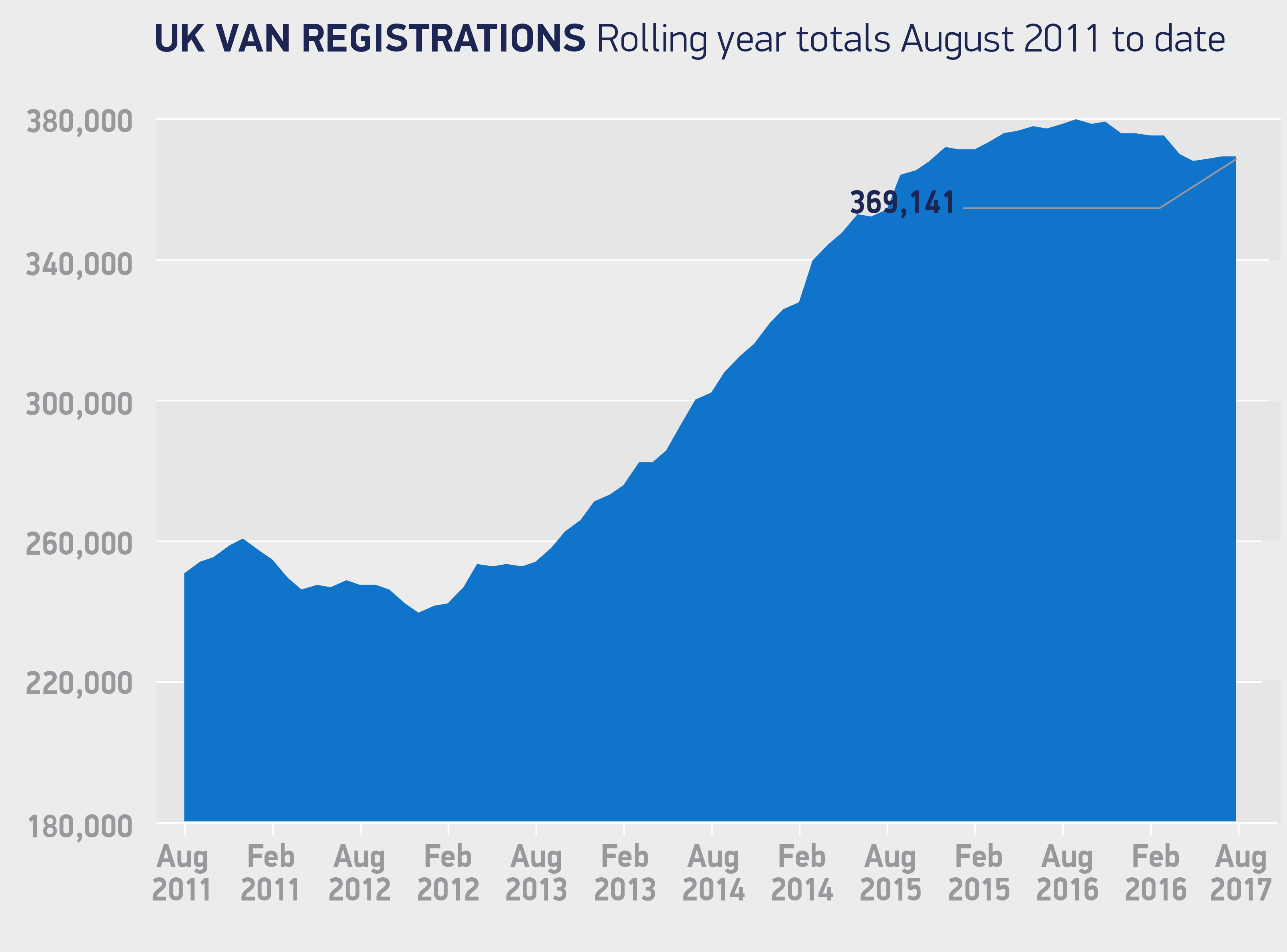