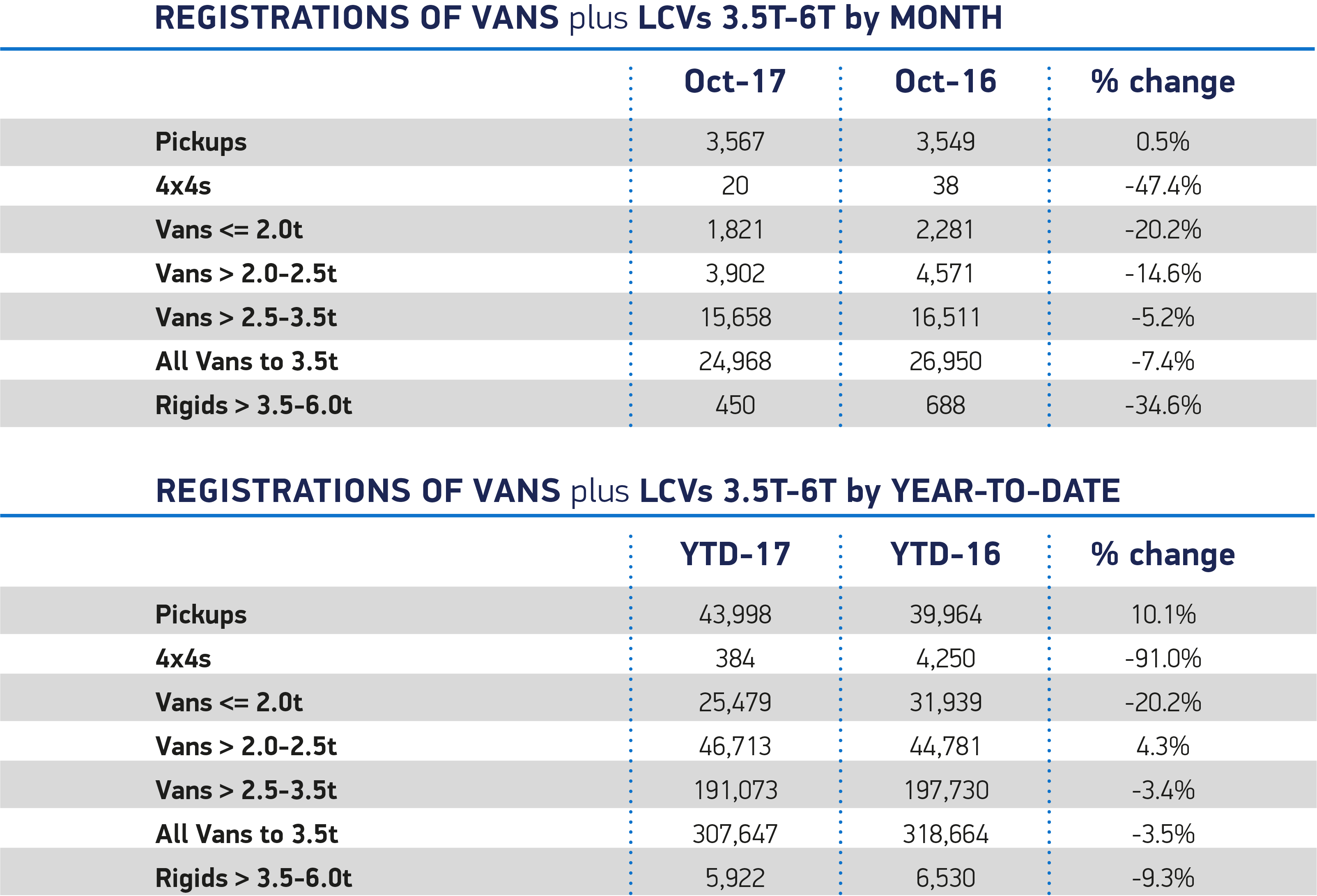 Demand for pick-ups remained stable, with registrations growing 0.5%. However, it was a different picture across all the van segments, with demand for smaller vans, vehicles weighing 2.0-2.5T, and large vans falling -20.2%, -14.6% and -5.2% respectively. 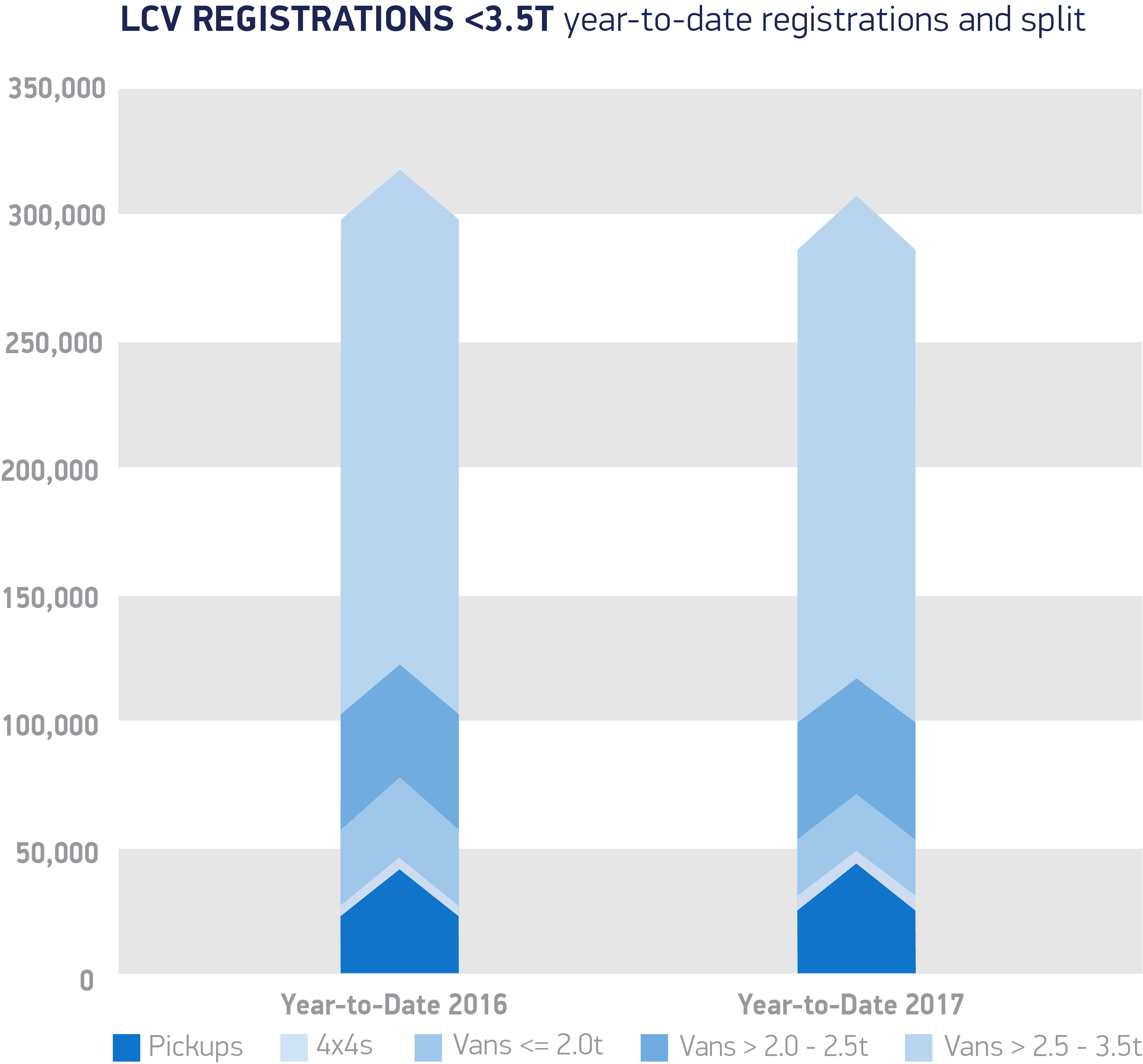 Overall year-to-date figures saw a decline of -3.5% on 2016, with 307,647 registrations. Although the van market remains at a very high level, a recent decline in business confidence caused by ongoing political and economic uncertainty has resulted in further declines in the market, causing SMMT to revise its new van forecast for 2017.1

Following the recent revision to the new van forecast, this month’s decline is not unexpected. While the market remains at a very high level, the recent decline in business confidence, caused by economic and political uncertainty, is now having an impact on van registrations. Government must therefore address these concerns and create the conditions necessary for the market to prosper. 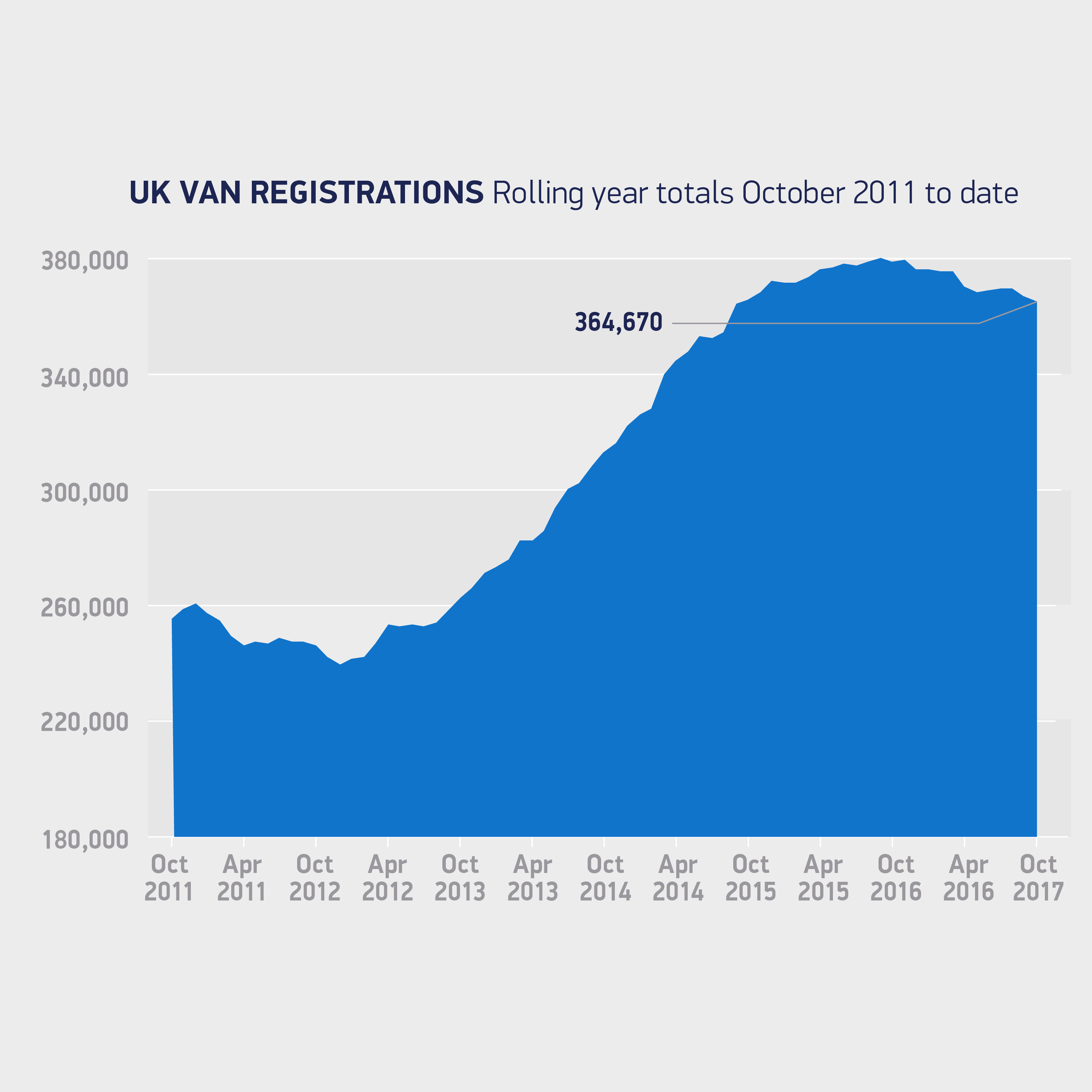