The UK new car market declined for an eighth consecutive month in November, according to figures released today by the Society of Motor Manufacturers and Traders (SMMT). 163,541 vehicles were registered, down -11.2% year-on-year, driven by a significant fall in diesel demand.

Business, fleet and private registrations all fell in the month, down -33.6%, -14.4% and -5.1% respectively. Registrations fell across all body types except specialist sports, which grew 6.7%. The biggest declines were seen in the executive and mini segments, which decreased -22.2% and -19.8% respectively, while demand in the supermini segment contracted by -15.4%. 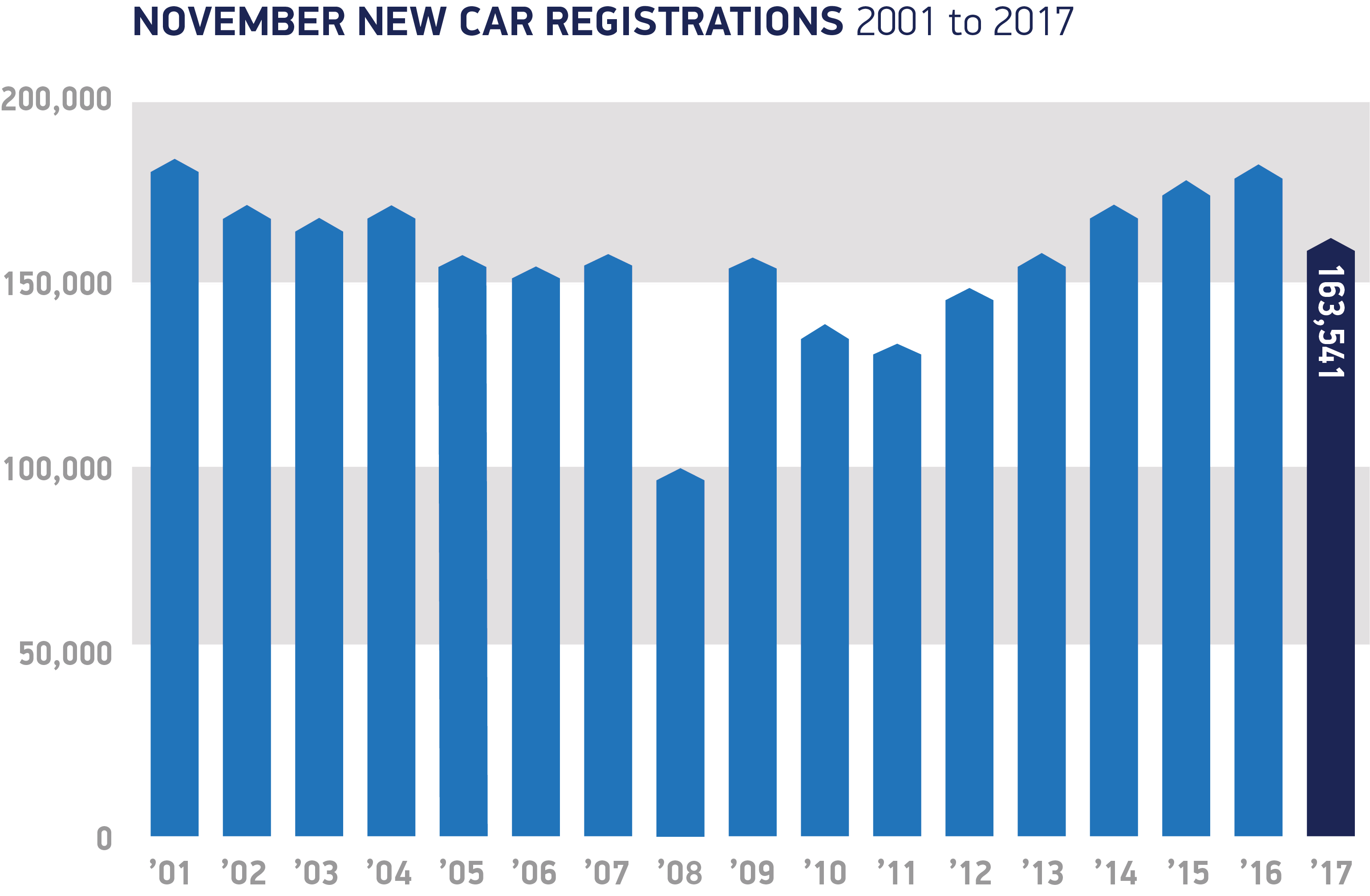 The Alternatively Fuelled Vehicles (AFV) sector, however, continued to make significant gains, growing 33.1%. Petrol cars also saw a gain, though of a more modest 5.0%. These increases could not, however, offset the heavy -30.6% drop in diesel registrations. The decline follows months of confusion and speculation about the government’s air quality plans and its policies towards diesel cars.

An eighth month of decline in the new car market is a major concern, with falling business and consumer confidence exacerbated by ongoing anti-diesel messages from government. Diesel remains the right choice for many drivers, not least because of its fuel economy and lower CO2 emissions. The decision to tax the latest low emission diesels is a step backwards and will only discourage drivers from trading in their older, more polluting cars. Given fleet renewal is the fastest way to improve air quality, penalising the latest, cleanest diesels is counterproductive and will have detrimental environmental and economic consequences.