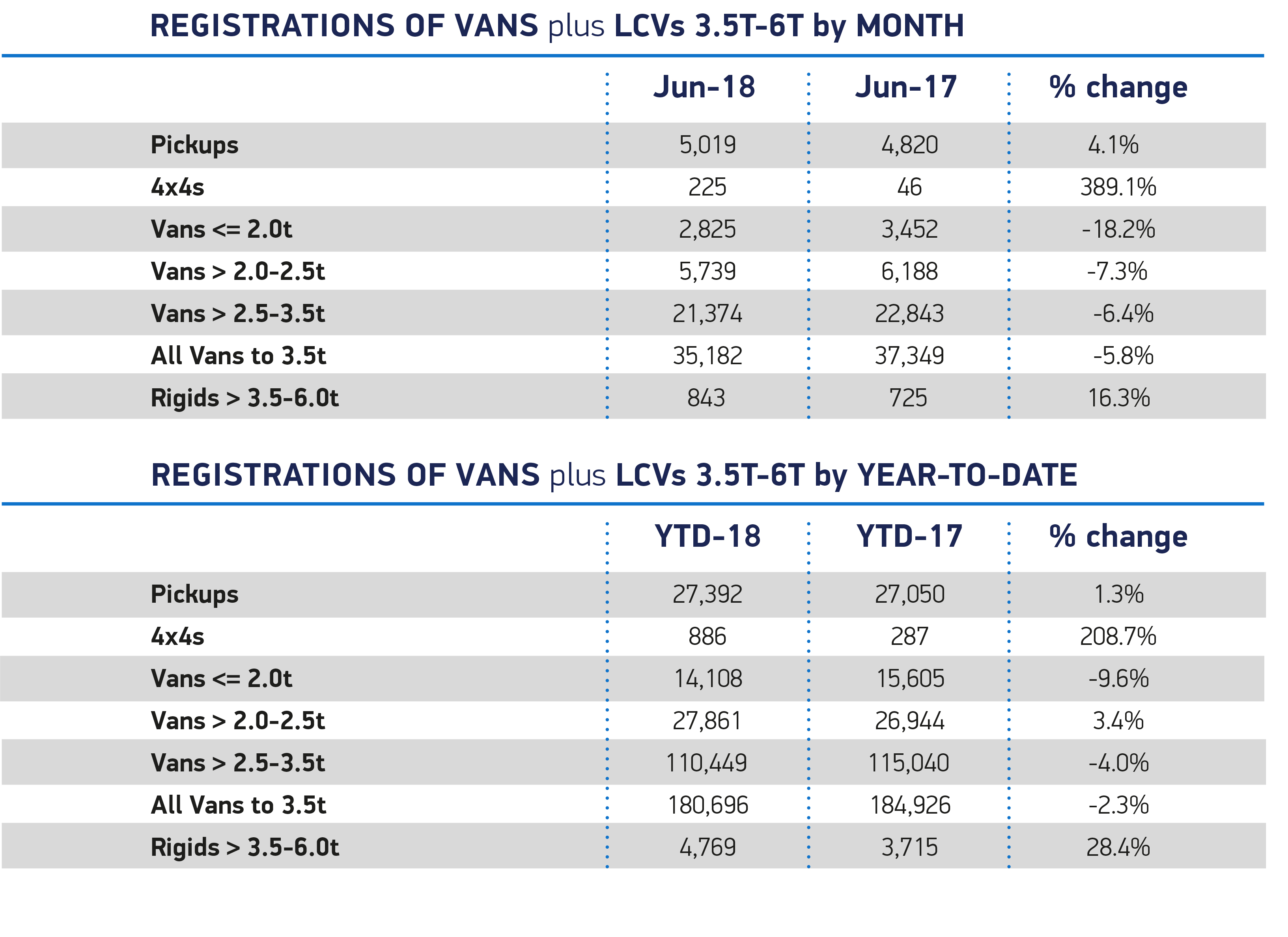 British light commercial vehicle (LCVs) registrations declined in June, according to figures released today by the Society of Motor Manufacturers and Traders (SMMT). 35,182 new vans and pickups were registered last month, representing a -5.8% decline on June 2017. 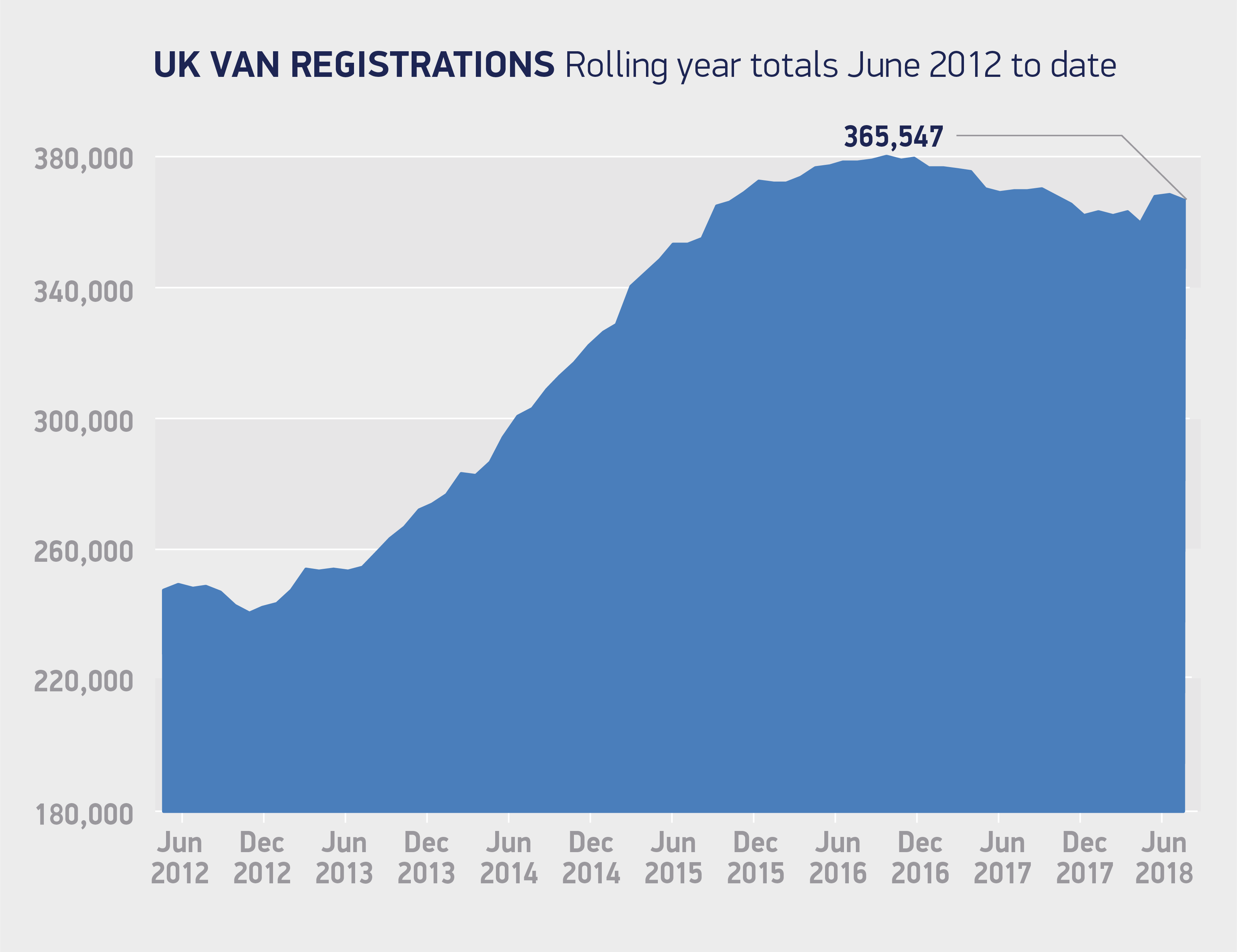 UK van registrations have fluctuated throughout the first half of this year, reflecting variable buying cycles which are a natural feature of the market. Despite this and recognising the fact that demand is still at a historically high level, the overall trend is downwards, with Brexit uncertainty and its negative effect on business confidence threatening long-term growth.