The UK’s new bus and coach market declined -3.6% in the second quarter of the year, according to figures released today by the Society of Motor Manufacturers and Traders (SMMT). Although just 76 fewer units were registered compared with the same period last year, this marked the sixth consecutive quarter of decline, with 2,029 vehicles joining UK roads.

In the period April to June, single-deck registrations saw a double-digit decline, down -12.2%, while those of double-decks remained broadly stable, falling just -1.2%. Meanwhile, demand for minibuses rose 2.8%, marking the second consecutive quarter of growth following more than a year of decline.

Overall, year-to-date figures show a similar picture, with demand in the first half of 2018 down -4.0%. Registrations of single-decks and double-decks saw double-digit declines, falling -14.5% and -22.7% respectively. At the same time, minibuses recorded a 12.7% rise, with 2,013 registered in the first six months.

With this now the sixth quarter of decline in the UK bus and coach market, it’s clear that political and economic uncertainty, exacerbated by confusion around differing local authority requirements for clean air zones, is taking its toll. The latest low emission Euro VI diesel, hybrid and zero emission electric buses are crucial to improving urban air quality so encouraging their uptake should be a priority in order to give operators confidence to invest in their fleets. 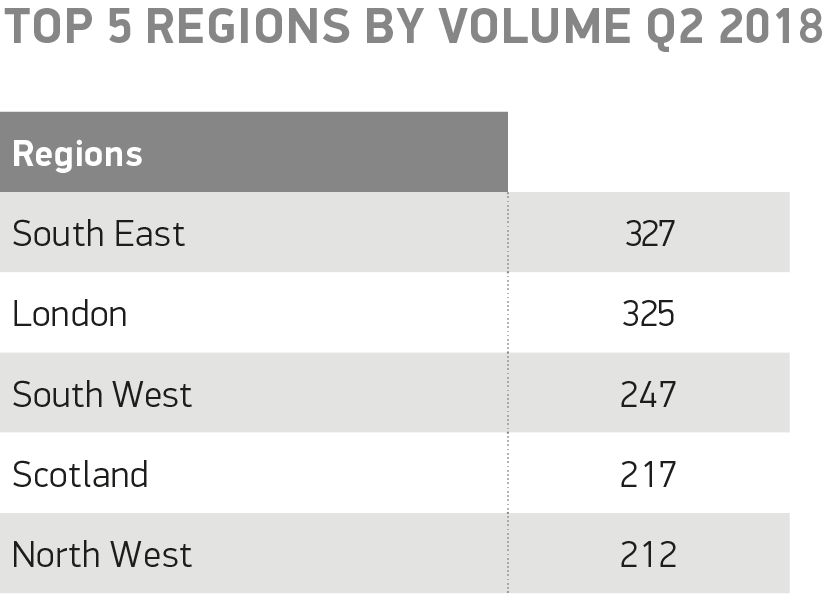 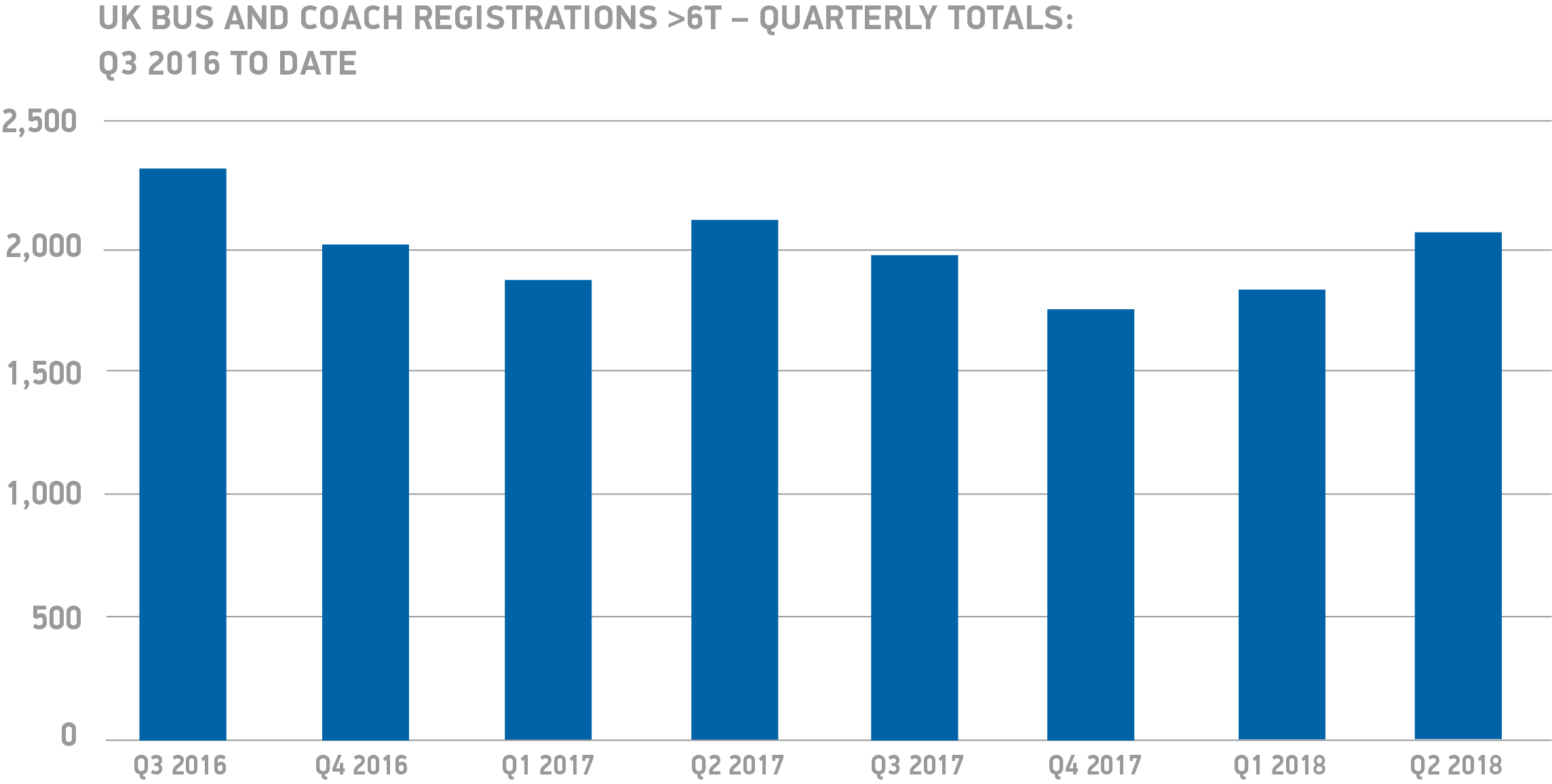