UK new car market stable in July with around 1.5m new registrations in 2018

The UK new car market remained stable in July, with year-on-year demand growing by 1.2%, according to the latest figures released today by the Society of Motor Manufacturers and Traders (SMMT). 163,898 new cars were registered in the month as the market stabilised following a turbulent first six months.

Although registrations by businesses with fleets of 25 cars or fewer fell by -10.2%, demand from private buyers was up by 0.1% on the same month in 2017. Meanwhile, large fleets grew by 2.6%.

In terms of fuel type, the market followed the trend of previous months, with diesel registrations falling  -24.4% as petrol demand grew 20.1%. Meanwhile, alternatively fuelled vehicles enjoyed an uplift of 21.0%, with market share of hybrids and plug-ins reaching a record 6.5%. Growth was particularly strong for plug-in hybrids, up by a third (33.5%), while hybrid registrations grew 17.5%, followed by battery electric cars, up 2.4%.

Year to date, the market remains down by -5.5%, broadly in line with expectations as demand begins to level out. In the first seven months of the year, almost 1.5 million new cars were registered by consumers and businesses in the UK.

The feel-good factor from a sun and sport-packed July, combined with some fantastic deals on a raft of exciting new models, clearly helped keep showrooms relatively busy last month. It’s great to see alternatively fuelled vehicles benefiting from this growth, and government’s acknowledgement of the vital role new-tech diesel will play in its Road to Zero strategy should help more even more motorists benefit from the latest, safest and low emission technology over the coming months. 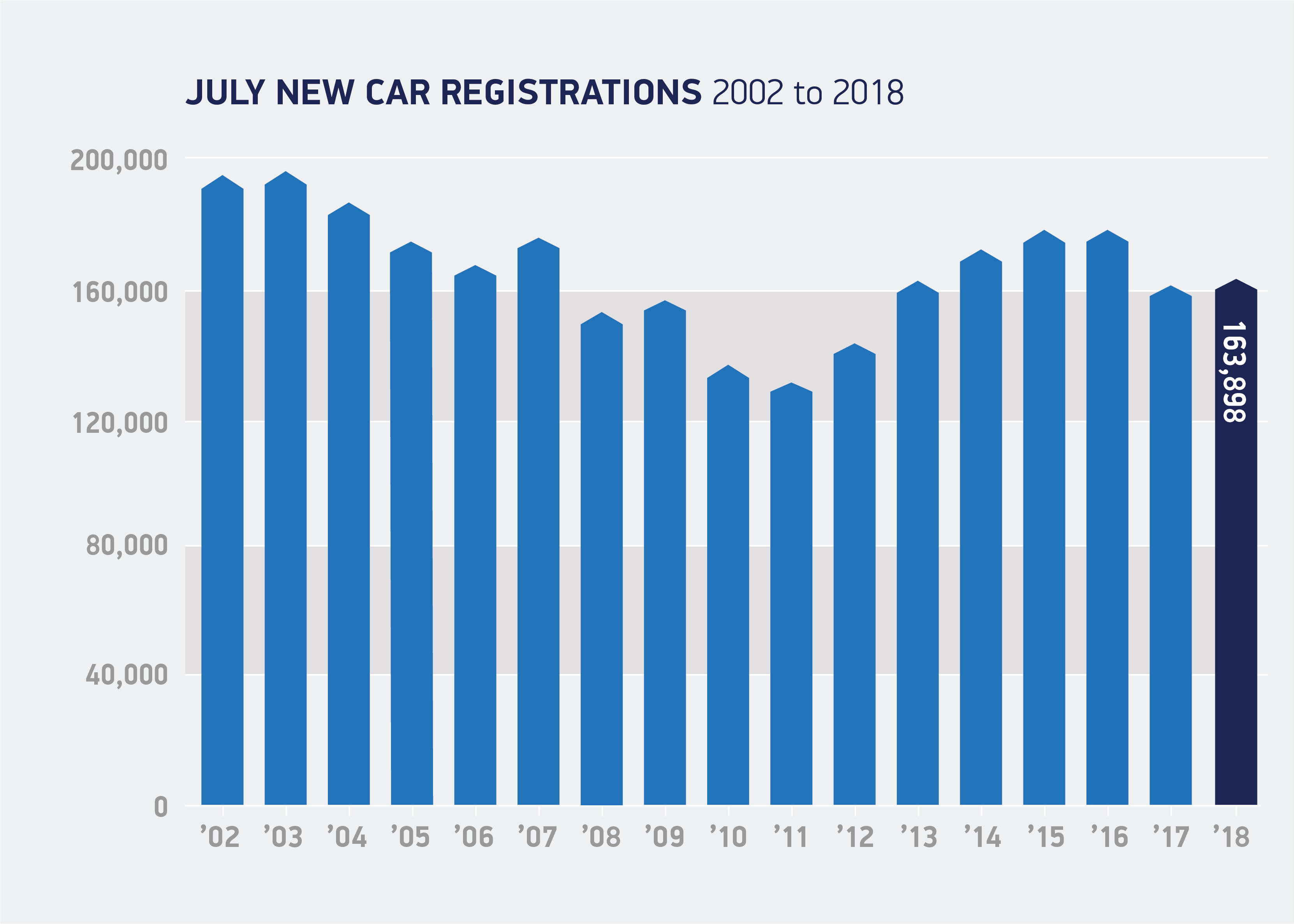