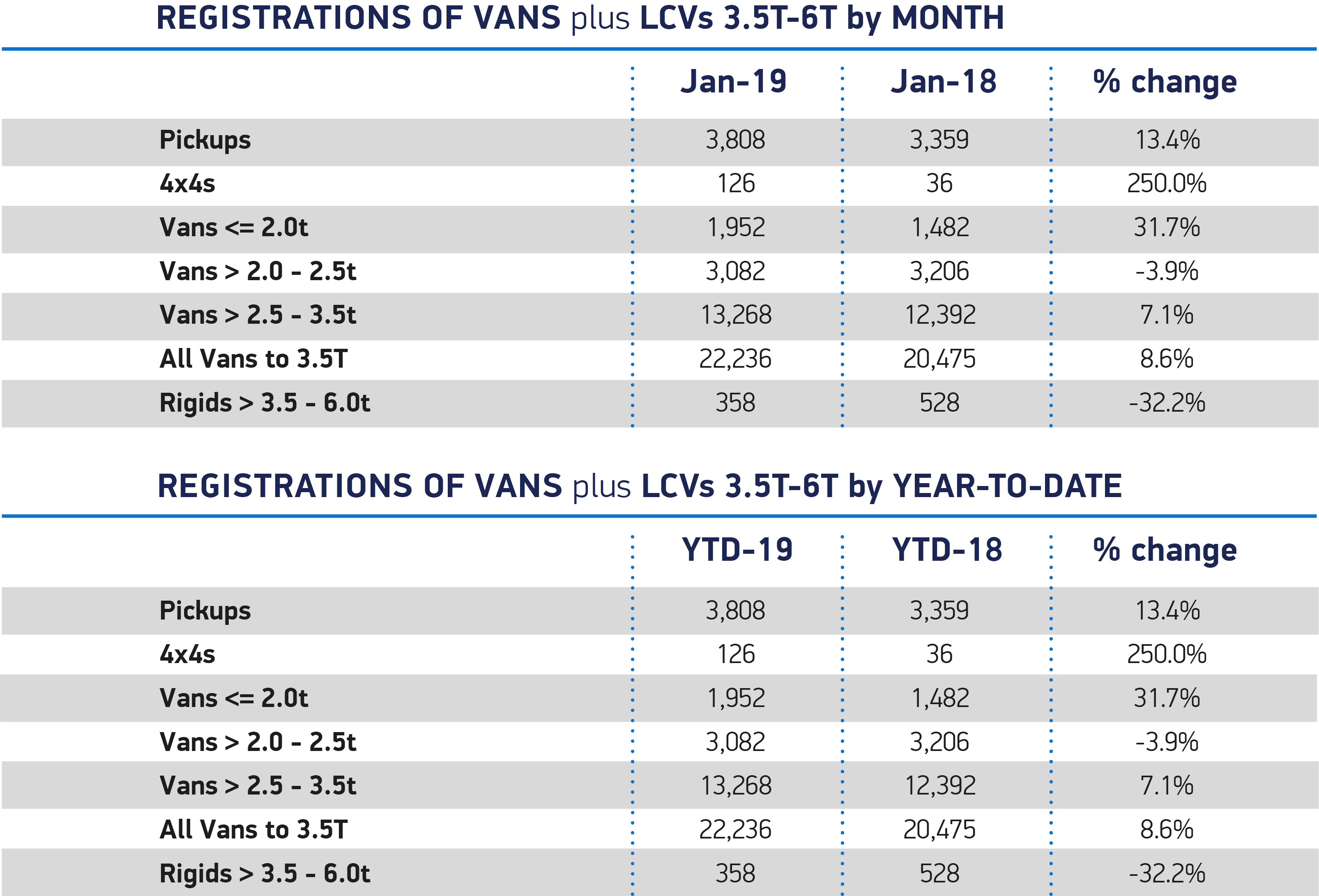 The new light commercial vehicle (LCV) market grew 8.6% in January, according to the latest figures released today by the Society of Motor Manufacturers and Traders (SMMT). More than 22,000 new vans and pick-ups joined UK roads in the first month of the year, an uplift of 1,761 compared with January 2018.

All segments saw growth in the month, except medium vans weighing 2.0-2.5 tonnes, where demand fell
-3.9%. Car-derived vans weighing less than 2.0 tonnes and pickups both saw double-digit increases, by 31.7% and 13.4%, boosted by new model introductions and sales campaigns. Demand also grew for large vans weighing 2.5-3.5 tonnes, increasing by 7.1%, to 13,268 vehicles.

January’s positive performance follows a mixed 2018, which finished on a particularly poor December, so some bounce-back was to be expected. Further fluctuations in demand are predicted over the coming months as the UK’s post-Brexit future remains uncertain. Operators need stability to invest and renew their fleets, which now depends on government providing the right conditions starting with removing the threat of ‘no-deal’. 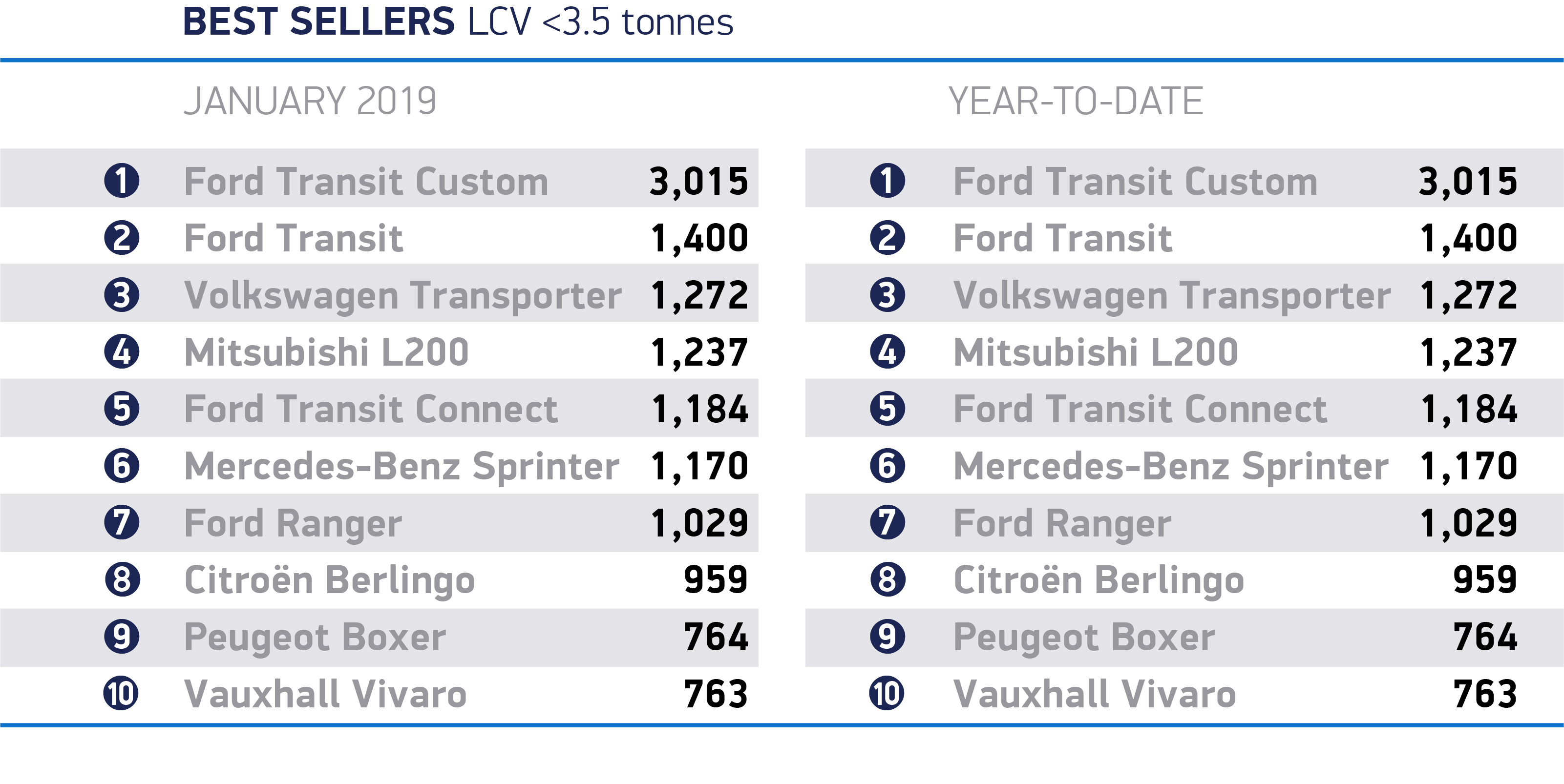 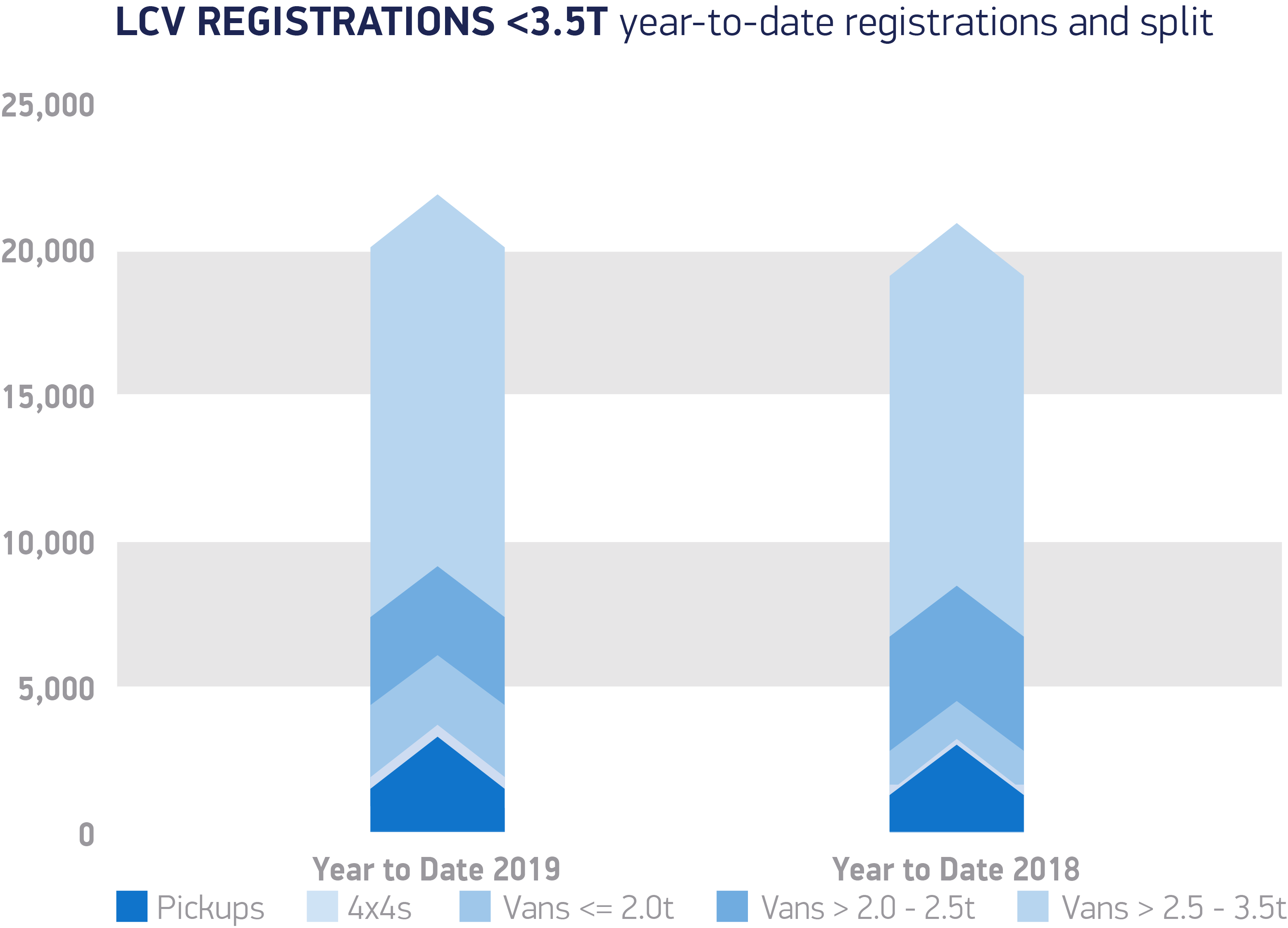 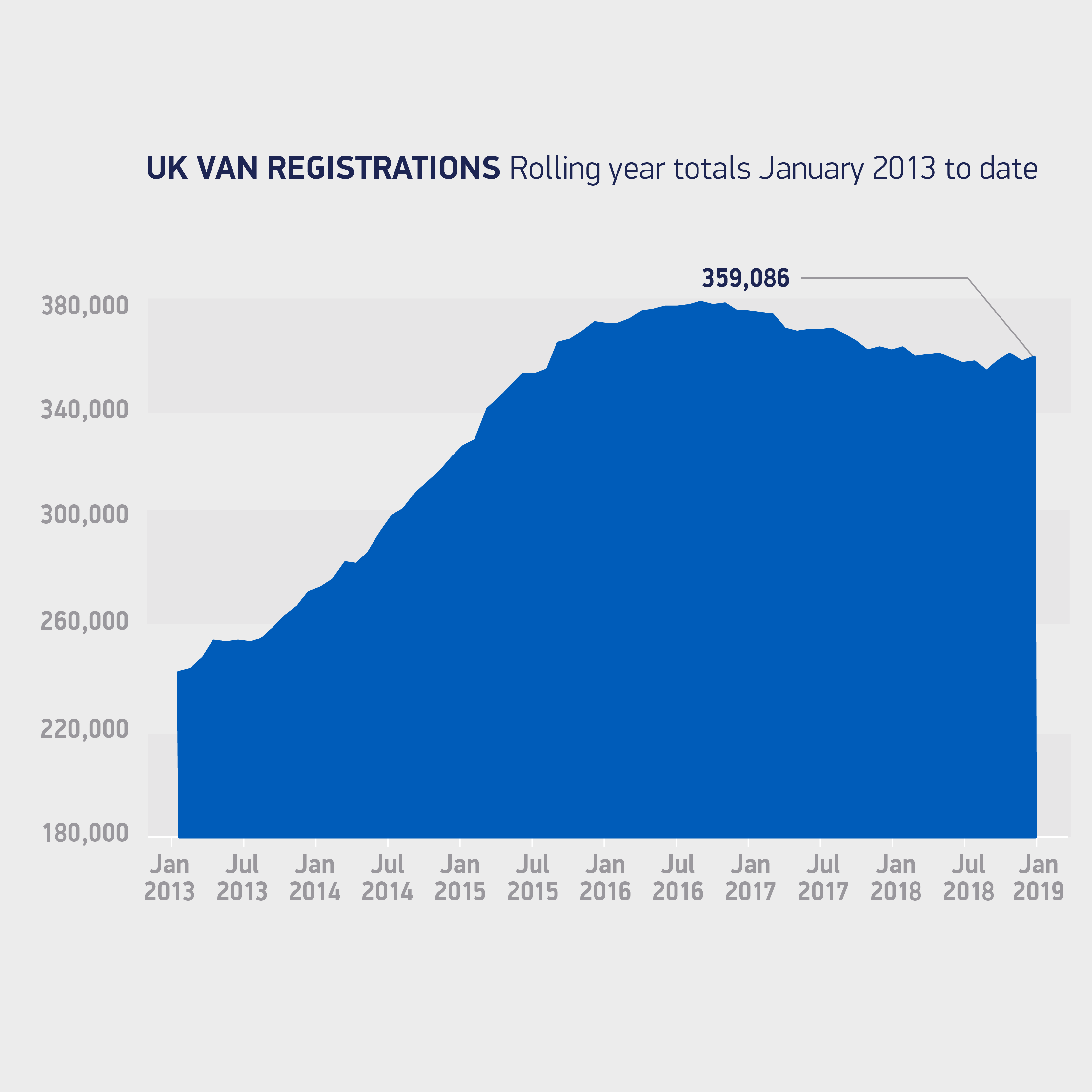