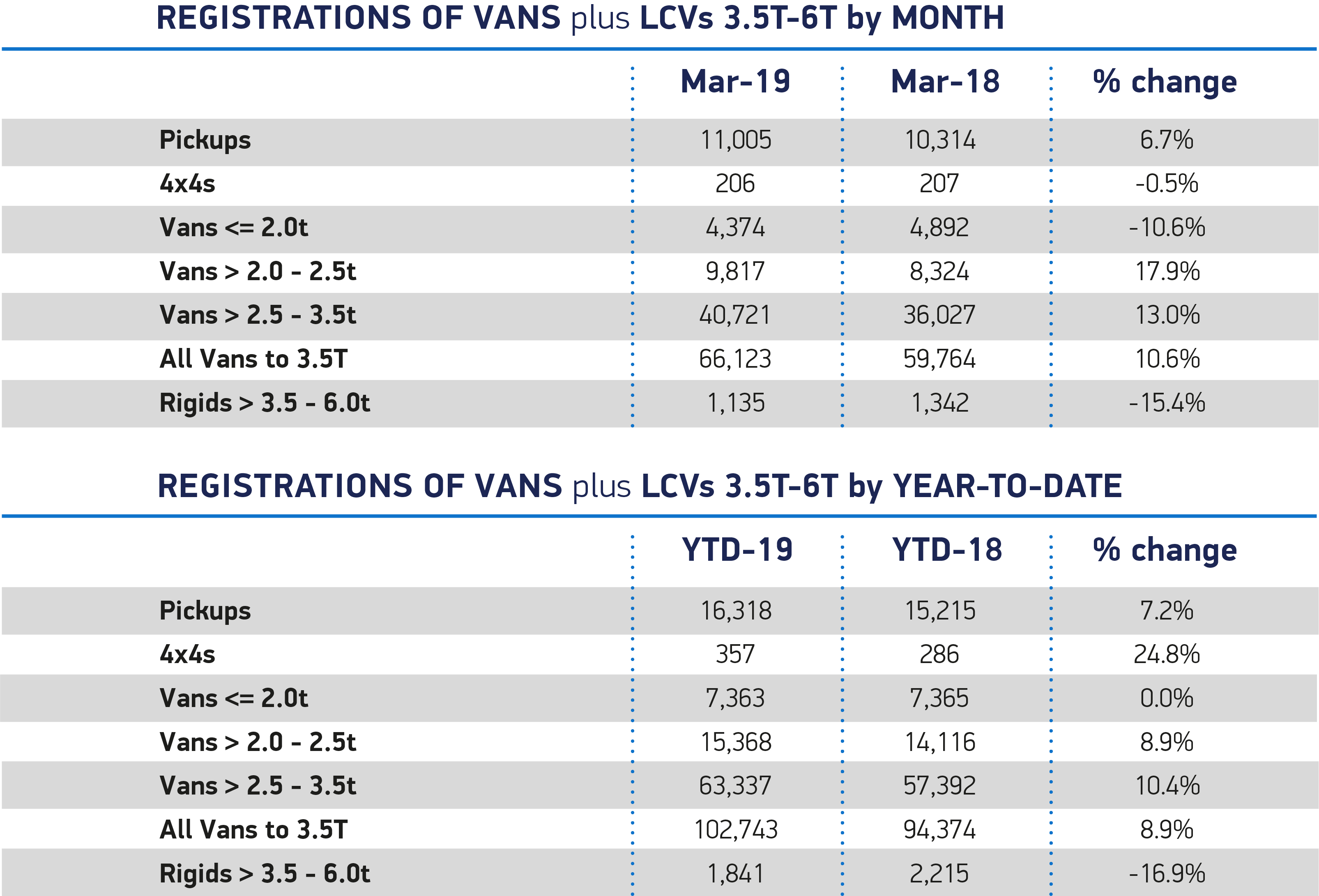 The UK new light commercial vehicle (LCV) market saw year-on-year demand increase by 10.6% in March, marking the sector’s best ever monthly performance, according to the latest figures released today by the Society of Motor Manufacturers and Traders (SMMT). Registrations in the month accounted for almost two-thirds of the quarter’s volumes, as business buyers took advantage of new models and strong market incentives.

March is typically the busiest month of the year and it’s great to see large demand for the new ‘19 plate. While the market does fluctuate with buying cycles, it appears buyers are making the most of the fantastic deals on offer. For such exceptional demand to continue long term, however, we need business confidence to improve and that means an end to the political and economic instability besetting the UK. 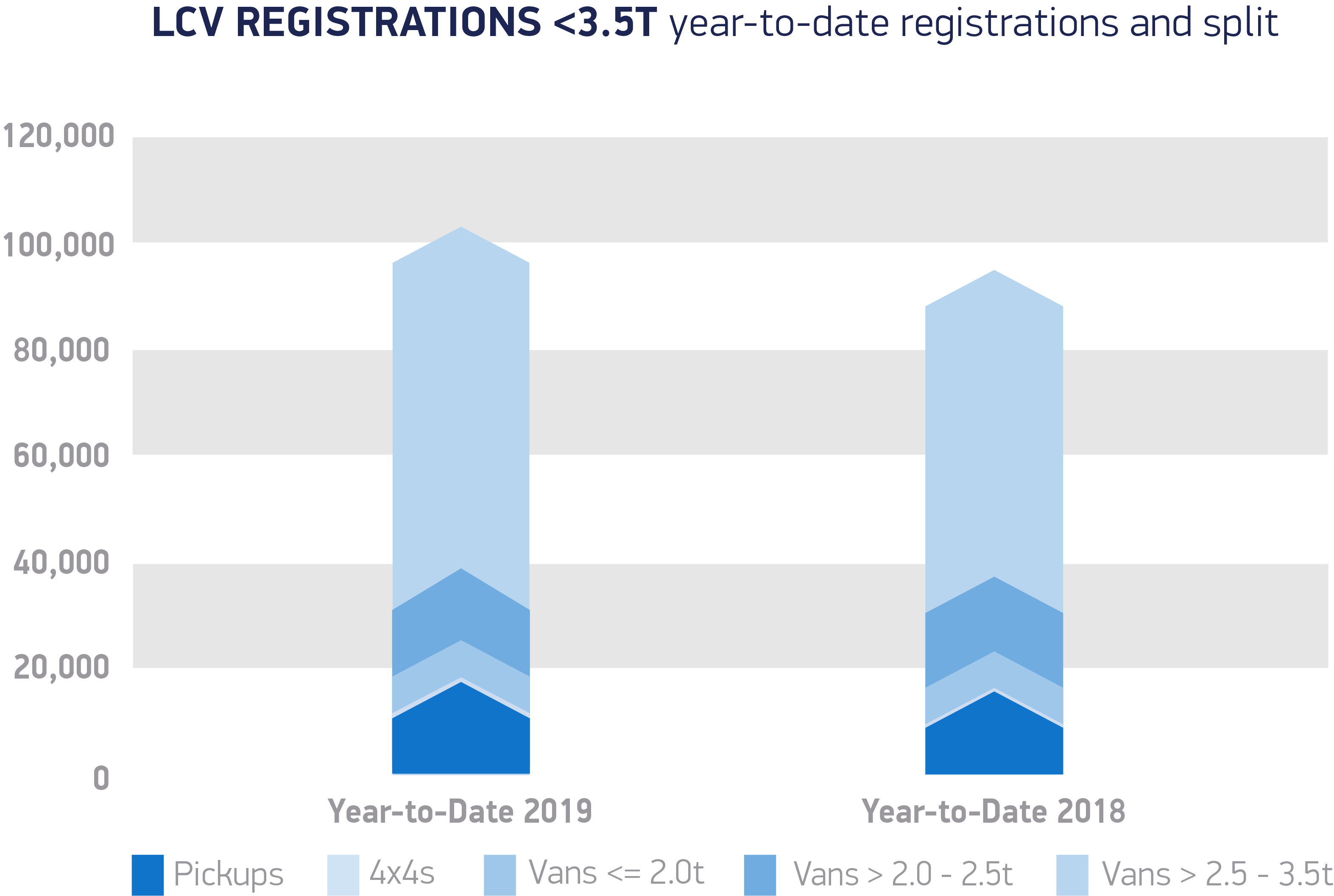 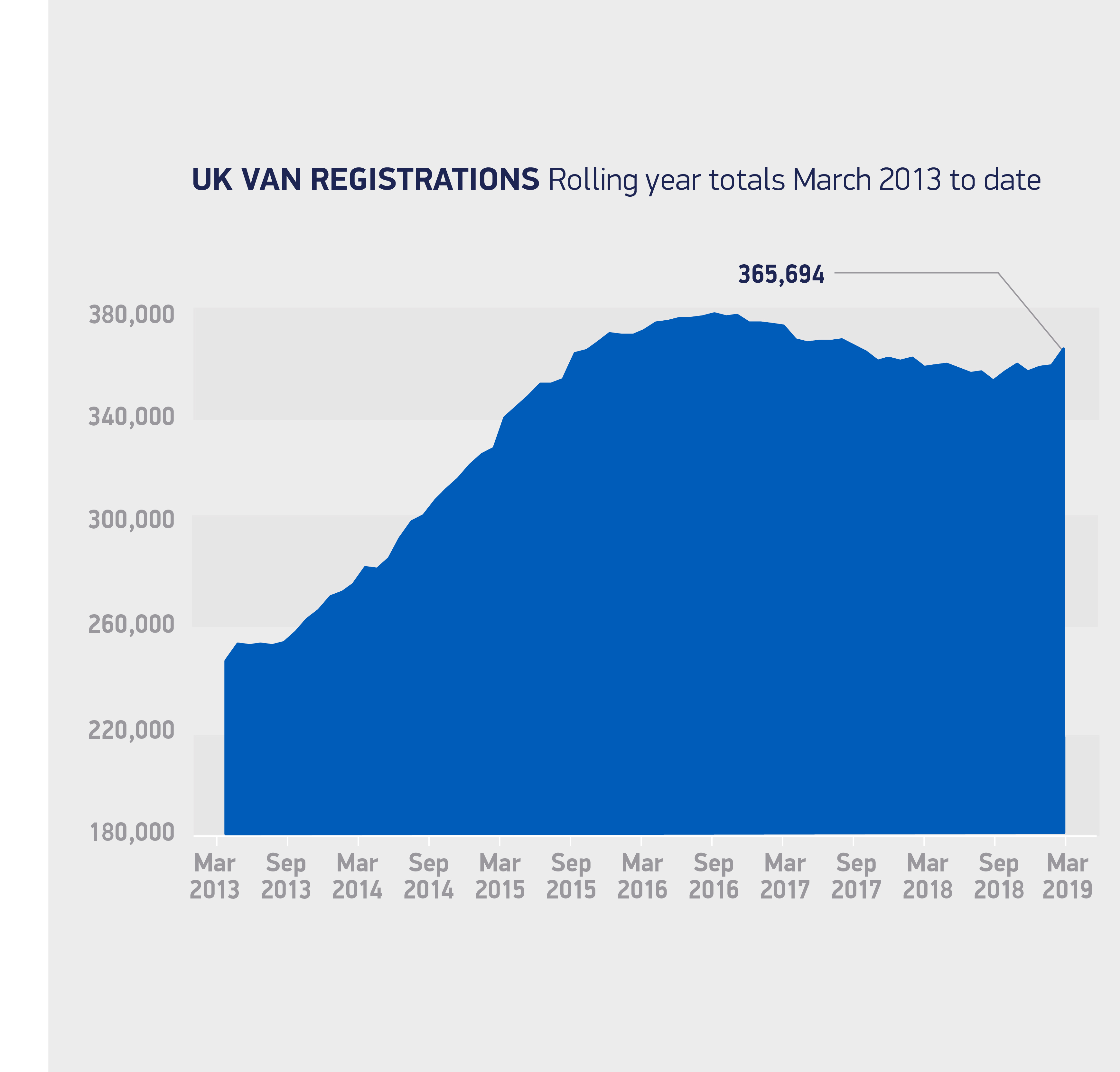