New bus and coach registrations fell -29.4% in the second quarter of this year, with 1,433 joining British roads, according to figures released today by the Society of Motor Manufacturers and Traders (SMMT). Quarter two marked the 10th consecutive quarterly decline for the sector, as economic and political instability and uncertainty over Clean Air Zone plans continued to affect operator confidence. 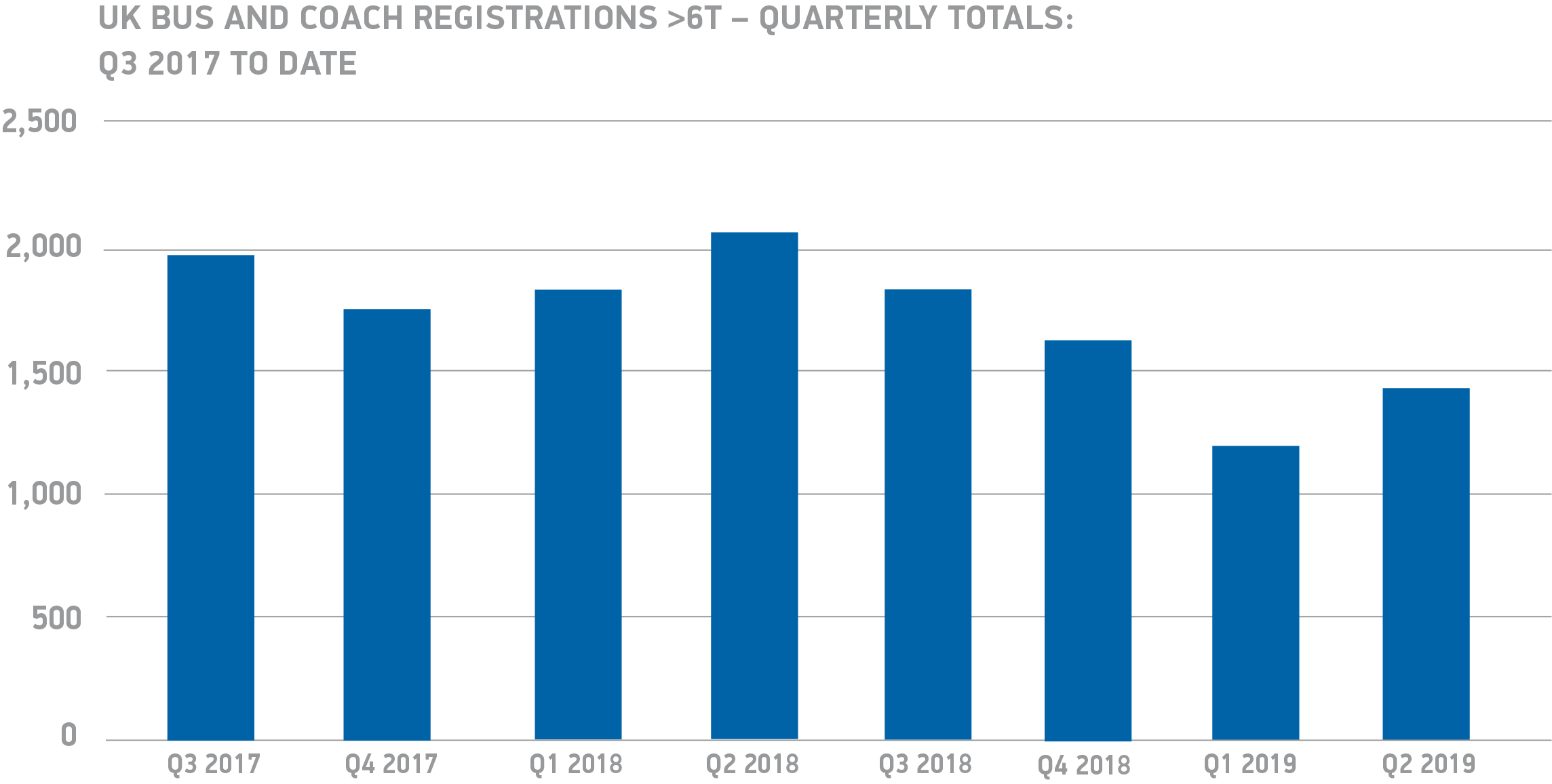 Minibus registrations continued to see the most significant decline in demand, falling -50.0% to 491 units, while double deckers also suffered a fall, down -45.1% to 185 units. Single-deck registrations saw a slight improvement, up 6.6% to 757 units registered.

Year-to-date figures paint a similar picture, with demand in the first half of the year down -30.8%. Registrations of minibuses and double-decks fell significantly, dropping by -53.0% and -18.5% respectively. At the same time, single-decks recorded a 0.7% rise for the first time since 2015, with 1,179 registered in the first six months.

A 10th consecutive quarterly decline for the UK bus and coach market is very concerning. While the cyclical nature of the market causes natural fluctuations, the current climate of political and economic uncertainty, exacerbated by confusion around differing local authority requirements for clean air zones, is affecting operators’ confidence and willingness to invest in the market. Getting more of the latest high-tech, low-emission buses on our roads has a vital role to play in improving local air quality, and we need the right business conditions to encourage fleet renewal. 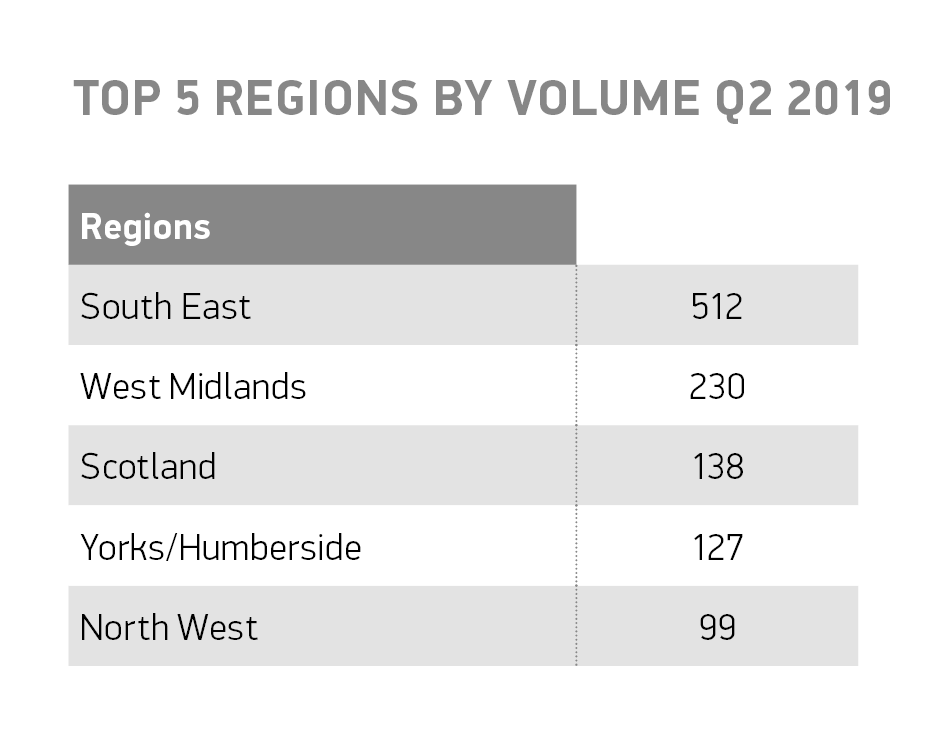