The UK’s new heavy goods vehicle (HGV) market fell -22.5% in the first quarter of 2020, with 9,193 units registered, according to figures released today by the Society of Motor Manufacturers and Traders (SMMT). Fluctuations in the sector’s naturally long fleet renewal cycle, together with lockdown measures introduced partway through March affected HGV registrations, rounding off the first three months of the year down some 2,666 units.

Registrations of rigid trucks fell -12.0, driven by a double-digit percentage decline in the >16T truck segment, while trucks weighing >6-16T saw a lesser -5.8% fall in registrations. Meanwhile, demand for articulated heavy trucks declined by more than a third, down -34.5% as 3,613 vehicles joined UK roads. 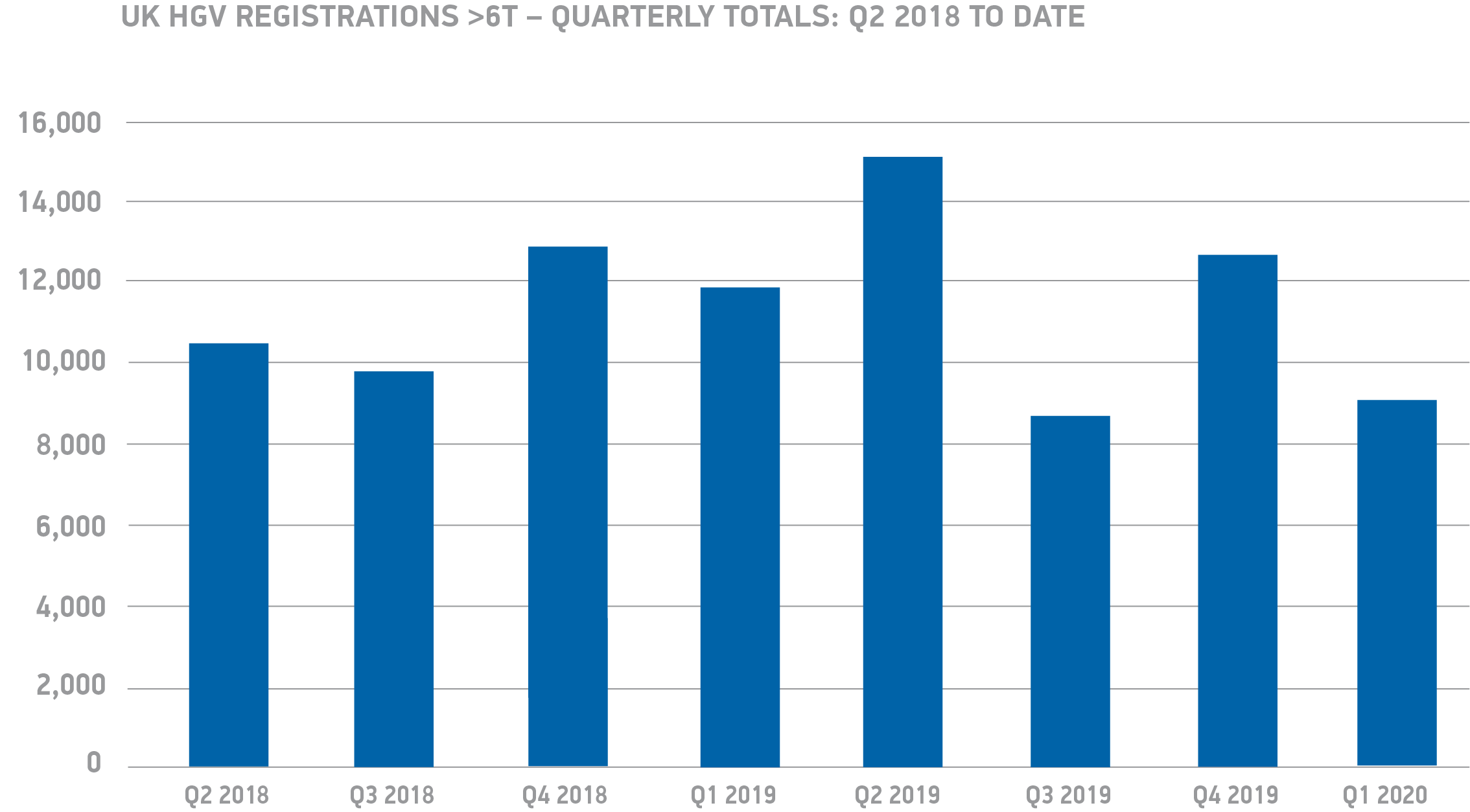 While tractors continue to make up the majority of HGV registrations with more than 3,500 vehicles registered, nearly all segments saw double-digit declines in the first quarter of the year. Elsewhere, refuse disposal and curtain sided vehicles experienced increased demand, up 24.4% and 1.2% respectively, likely due to ramped up essential services such as rubbish collection and supermarket and warehouse deliveries amid a nationwide pandemic. 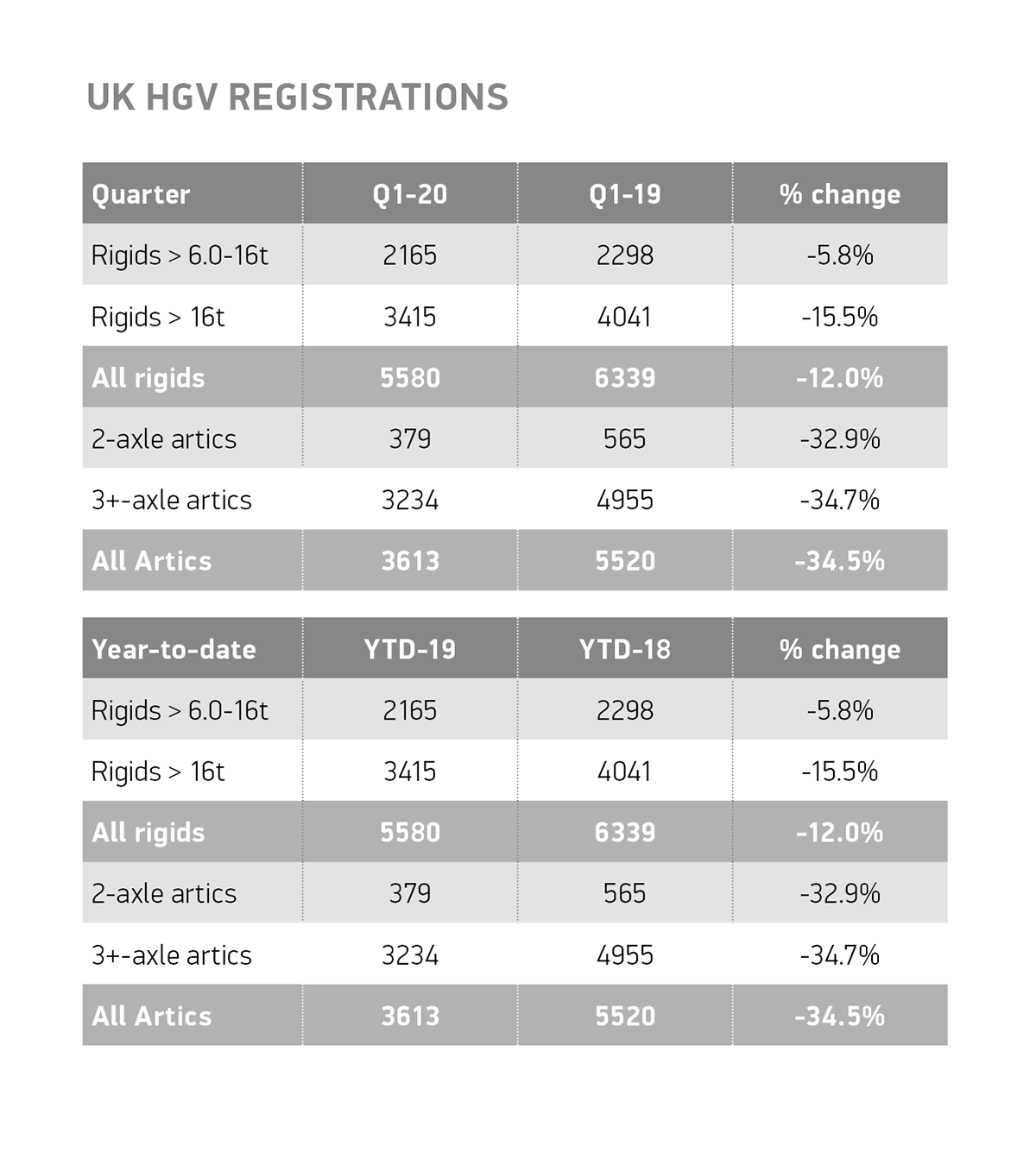 The only nation to see an increase in demand during the quarter was Wales, where registrations of heavy goods vehicles were up by over a fifth, growing 20.8% to 354 units. Across the rest of the country, fewer HGVs joined roads, with England and Northern Ireland experiencing -24.9% and -20.5% declines respectively. 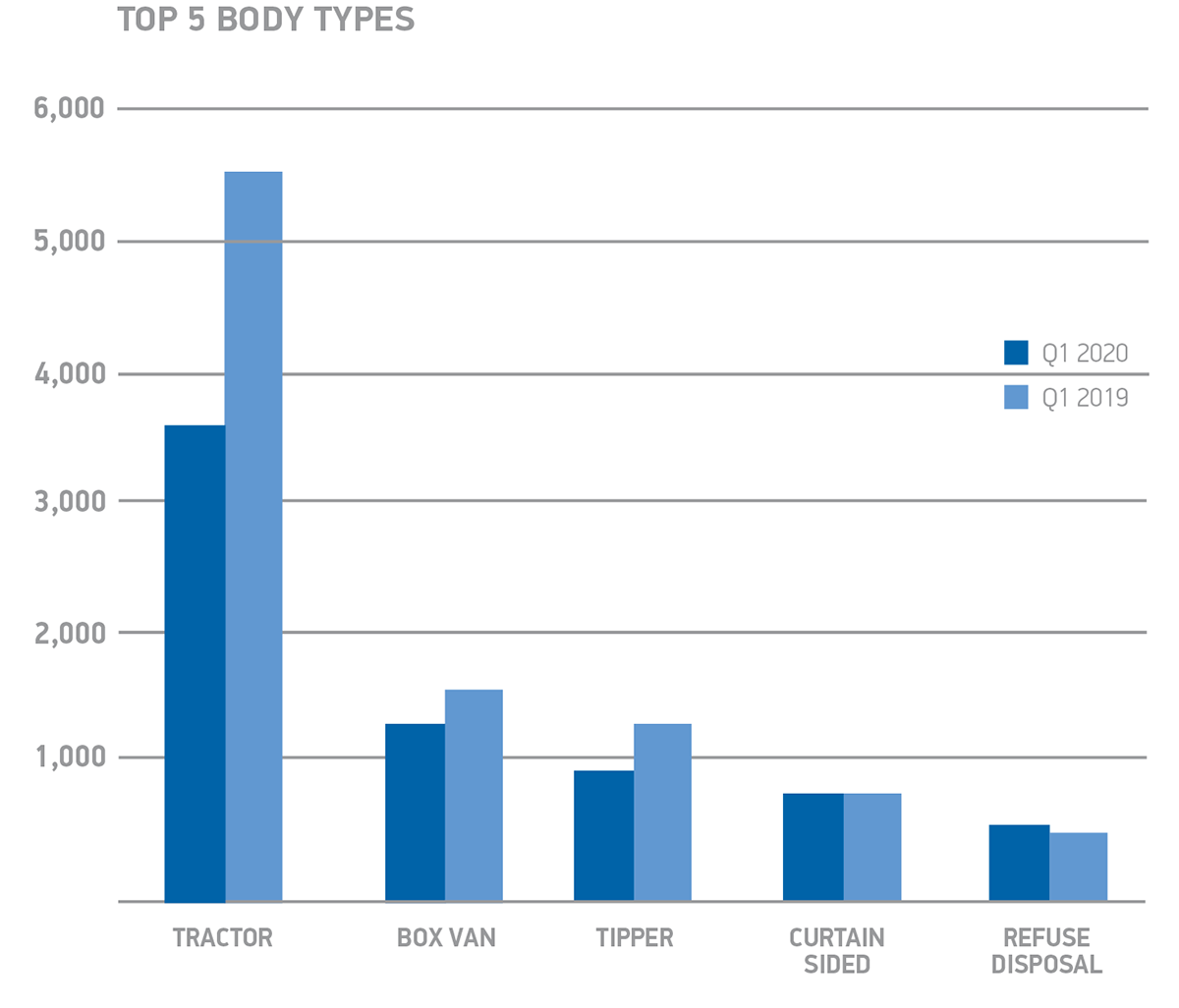 While fluctuating fleet buying cycles can have a pronounced effect on this market, heavy goods manufacturers have had to adjust business practices during lockdown period just like any other business. As we prepare for a cross-industry restart, we need to restore operator confidence to boost fleet renewal, in order to get more of the latest high-tech, low emission vehicles onto our roads. 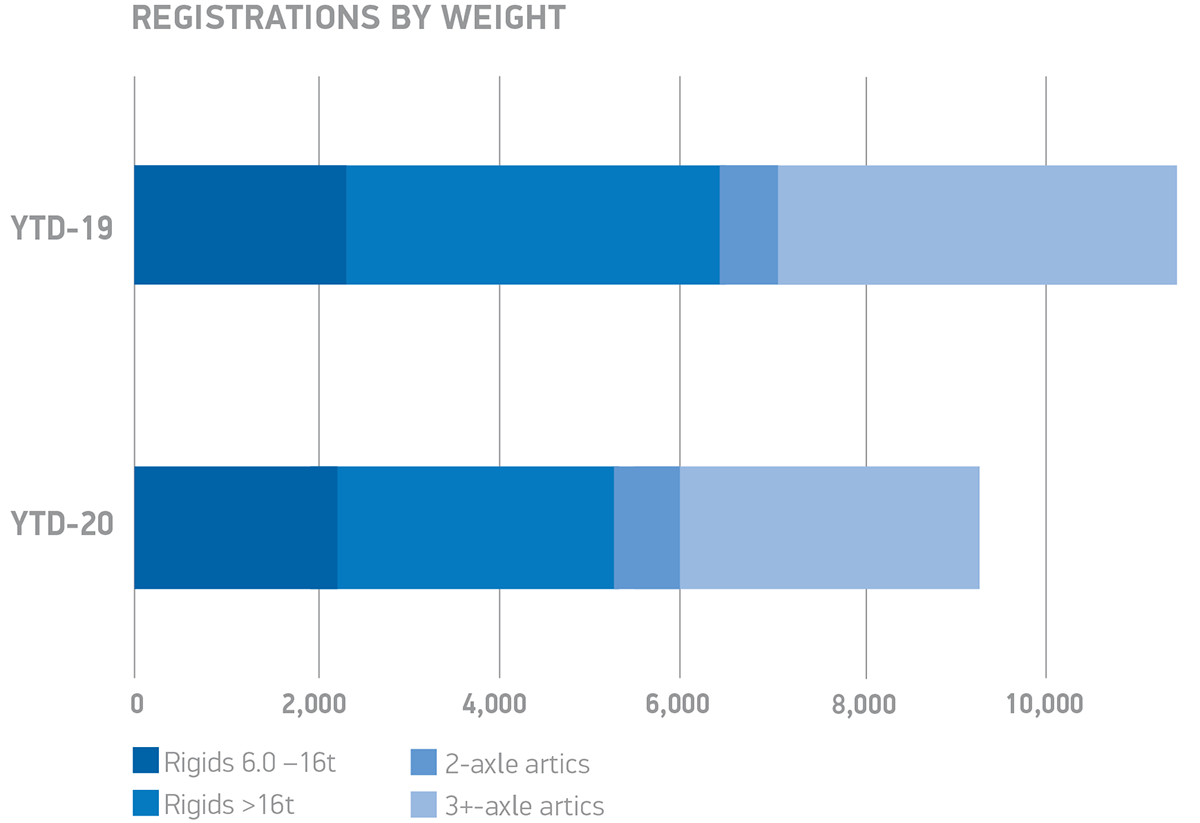