The UK new light commercial vehicle (LCV) market declined -24.8% in June, as lockdown measures eased and businesses began to return to work, according to the latest figures released today by the Society of Motor Manufacturers and Traders (SMMT). After a -74.1% fall in registrations in the previous month1, this is an improvement but betrays weak demand given the sector was effectively shuttered for nearly three months. However, 30,041 vans and pickups joined British roads in the month, some 10,000 fewer than the previous year, as uncertainty kept operator confidence subdued. 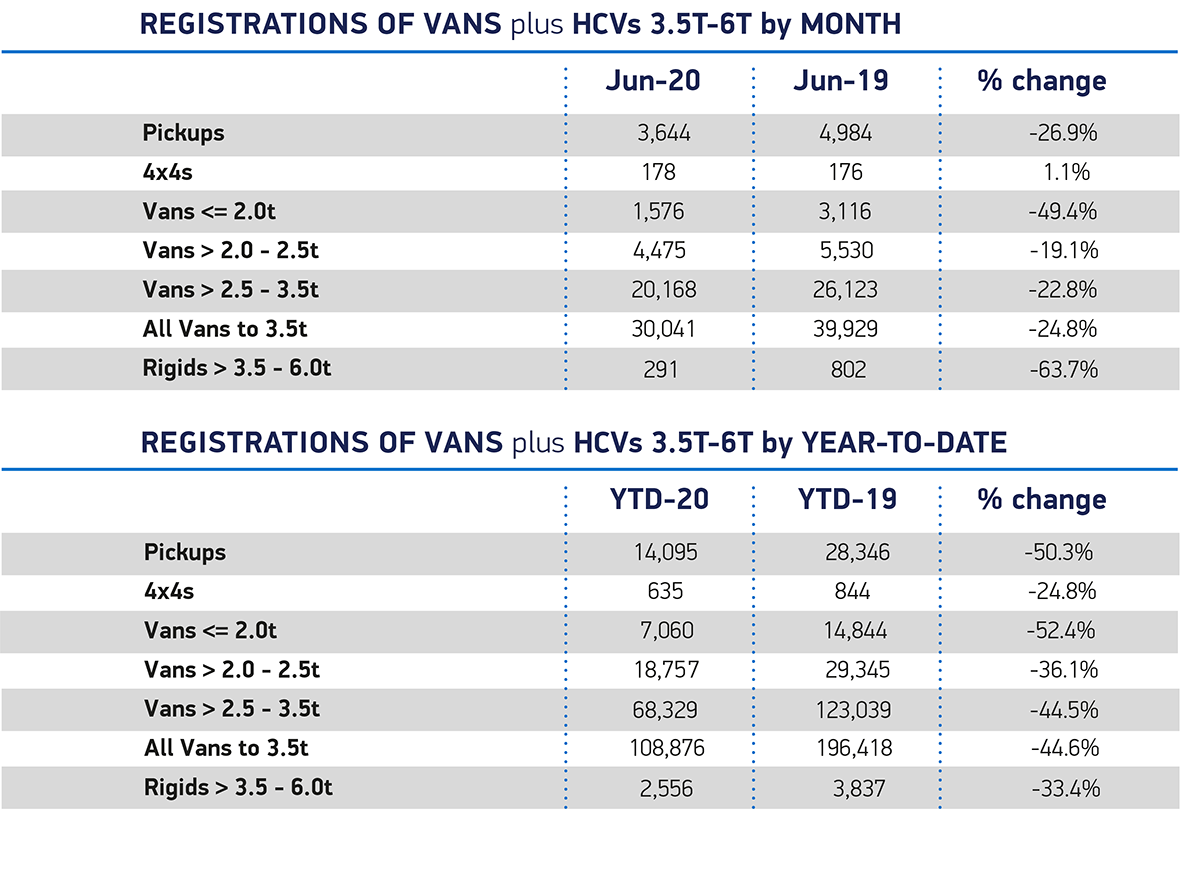 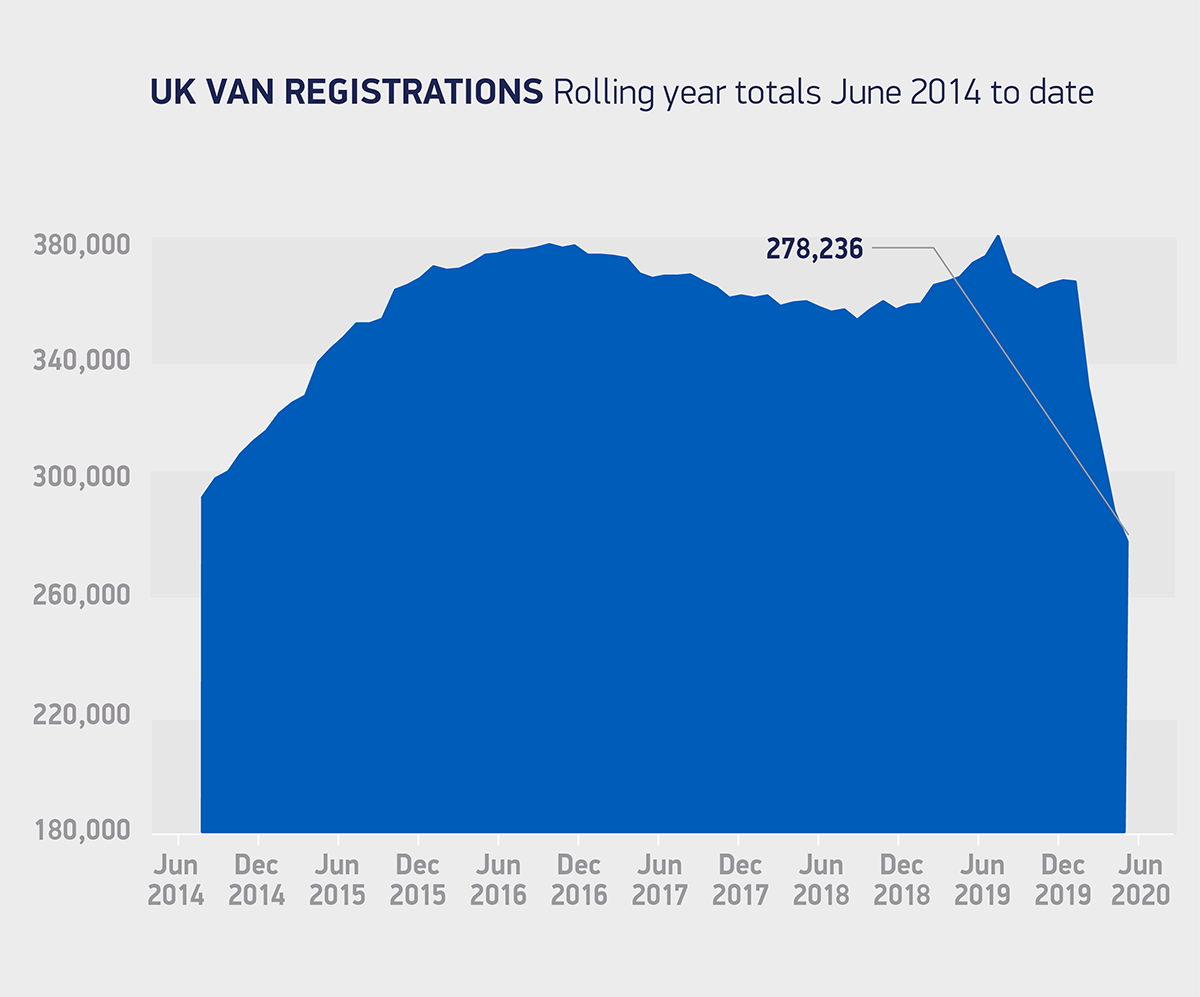 Prolonged lockdown measures mean performance in the year to date has almost halved (-44.6%), down more than 87,500 units, with registrations of light commercial vehicles in negative growth for five of the six first months of the year, and all segments experiencing a double-digit decline in the first half of the year.

Although we are seeing a gradual improvement in demand as the UK starts to get back to business, we are still a long way off normal. The pandemic has stalled all but a few essential businesses, and those restarting now are doing so at reduced pace to ensure safety of their employees and in response to a cautious buyer appetite.

Restart has been slow, while more uncertainty lies ahead as the UK grapples with business nervousness and potential regional lockdown measures. The industry will do all it can to attract buyers but restoring operator confidence remains the vital next step. A successful restart for the sector will be critical to fleet renewal – and the UK’s long-term green recovery – given the crucial role light commercial vehicles play in urban areas. 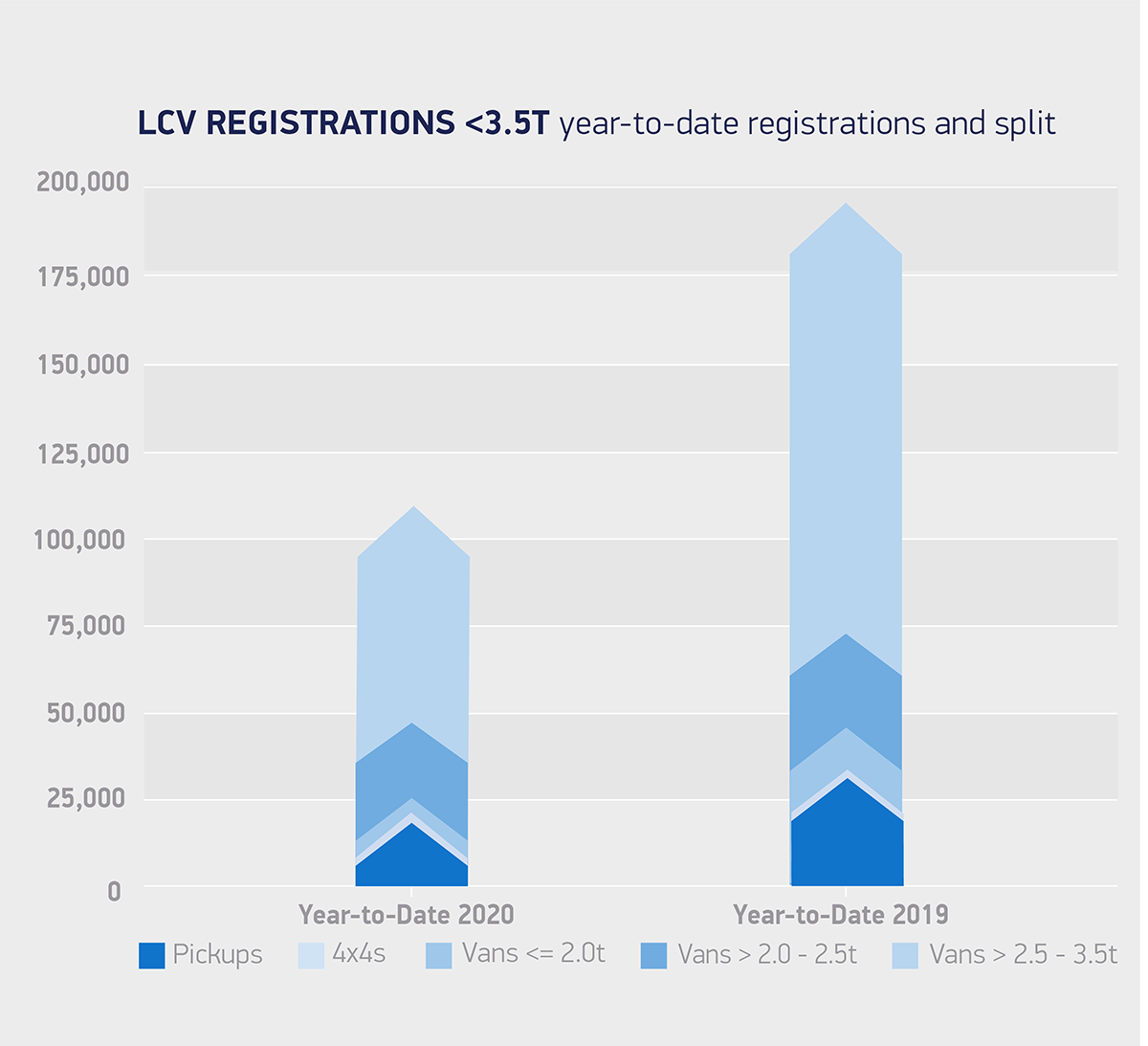