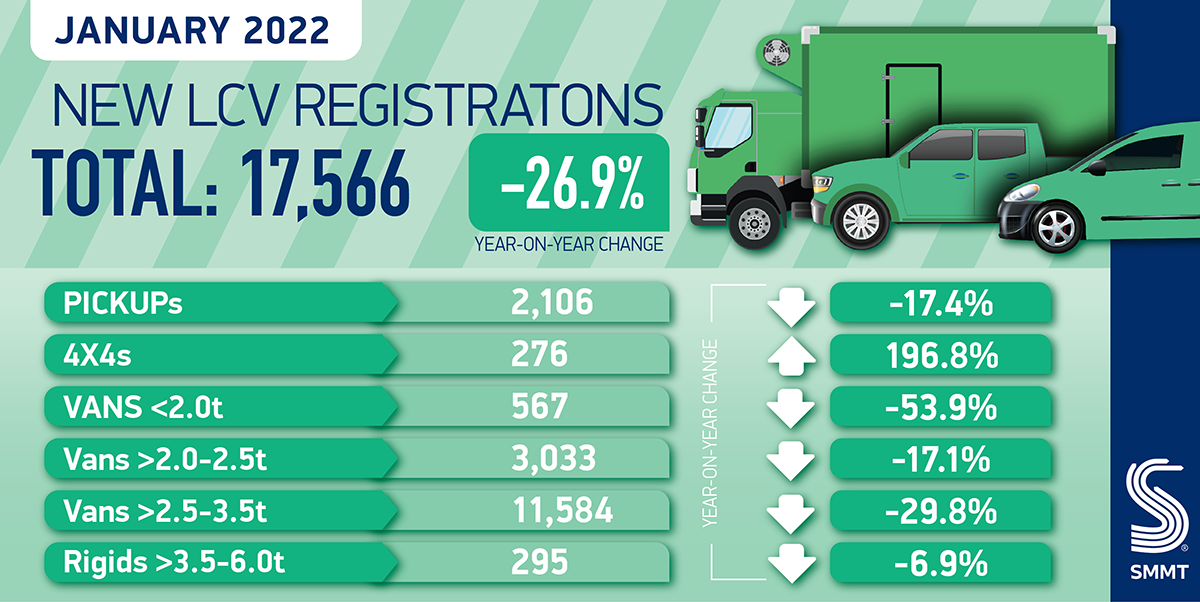 The UK new light commercial vehicle (LCV) market fell by -26.9% to 17,566 registrations in the first month of 2022 compared with a bumper January last year, according to the latest figures released today by the Society of Motor Manufacturers and Traders (SMMT).

While it was the weakest start to a year since 2013, January has historically been a volatile month due to the intermittent nature of fleet renewal. The decline follows what was the best January for 31 years in 2021, when new models and compelling deals saw registrations reach 24,029 units, up 2.0% even on a pre-pandemic January 2020. 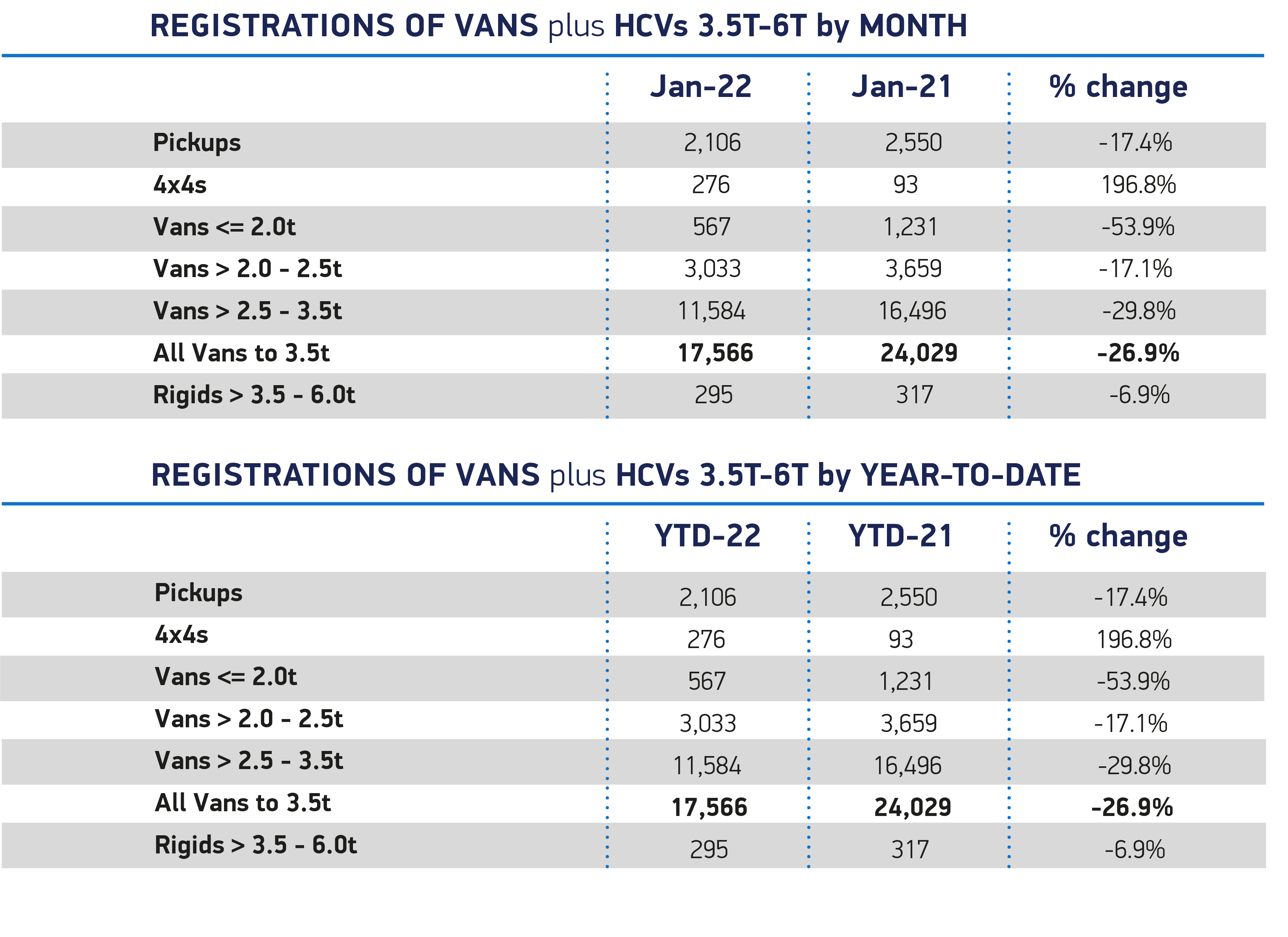 Newly registered small vans, weighing less than or equal to two tonnes, more than halved at -53.9%, while medium-sized vehicles over 2.5 tonnes, representing two-thirds of the LCV market, fell by -29.8%. Pickup truck sales also declined, by -17.4%, but 4x4s recorded a 196.8% increase, though they remain a fractional segment.

While diesel remained the dominant fuel type for commercial vehicles, with a 94.3% market share, demand for battery-powered vans grew 21.4% with 647 units registered – 3.7% of the overall market. Electric van uptake is predicted to climb significantly this year as a result of key new model launches, by 81.3% to 23,130 units, which would represent 6.4% of the market, compared with 3.6% or 12,759 units in 2021. This means roughly one in 16 new vans will be fully electric in 2022. 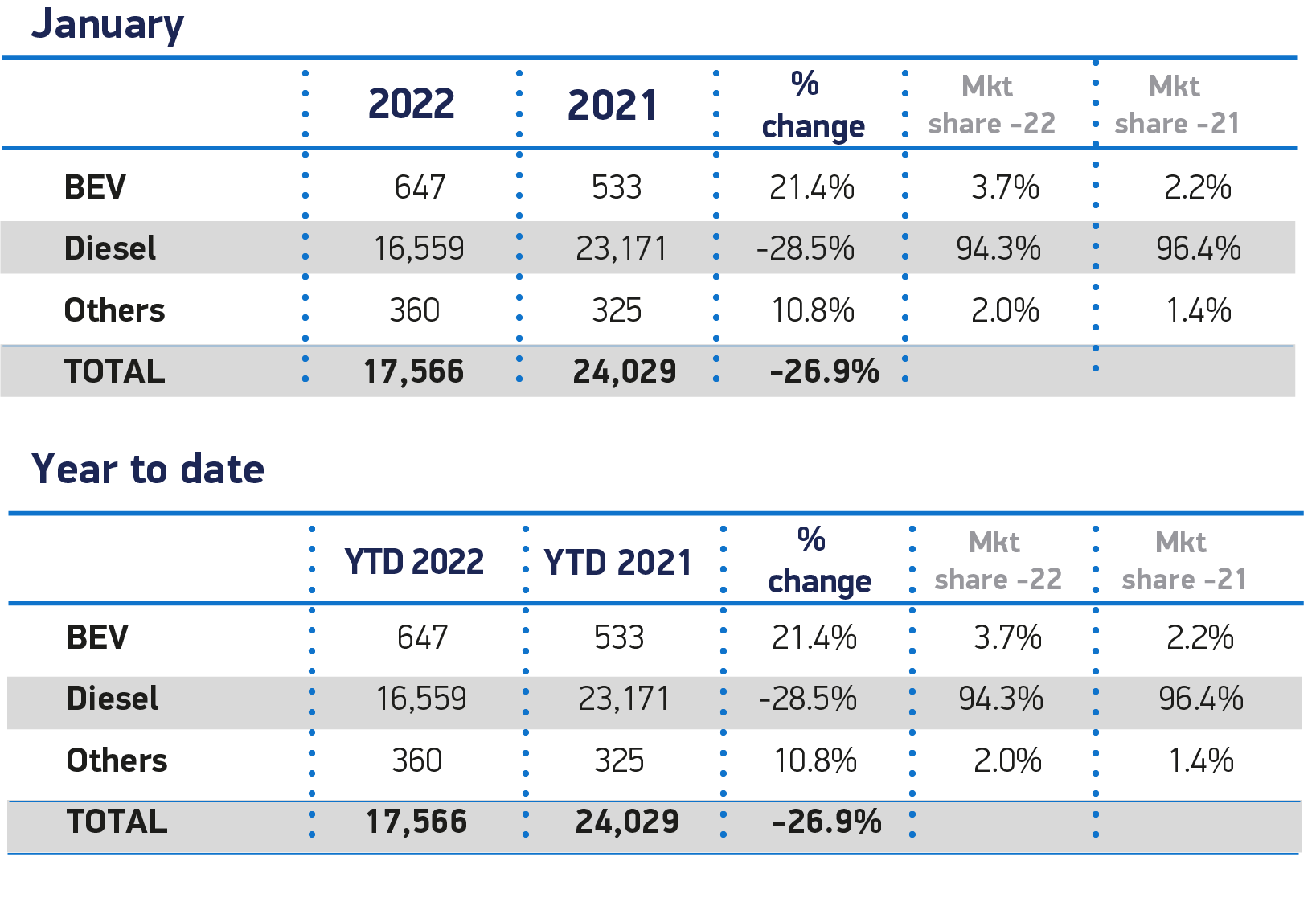 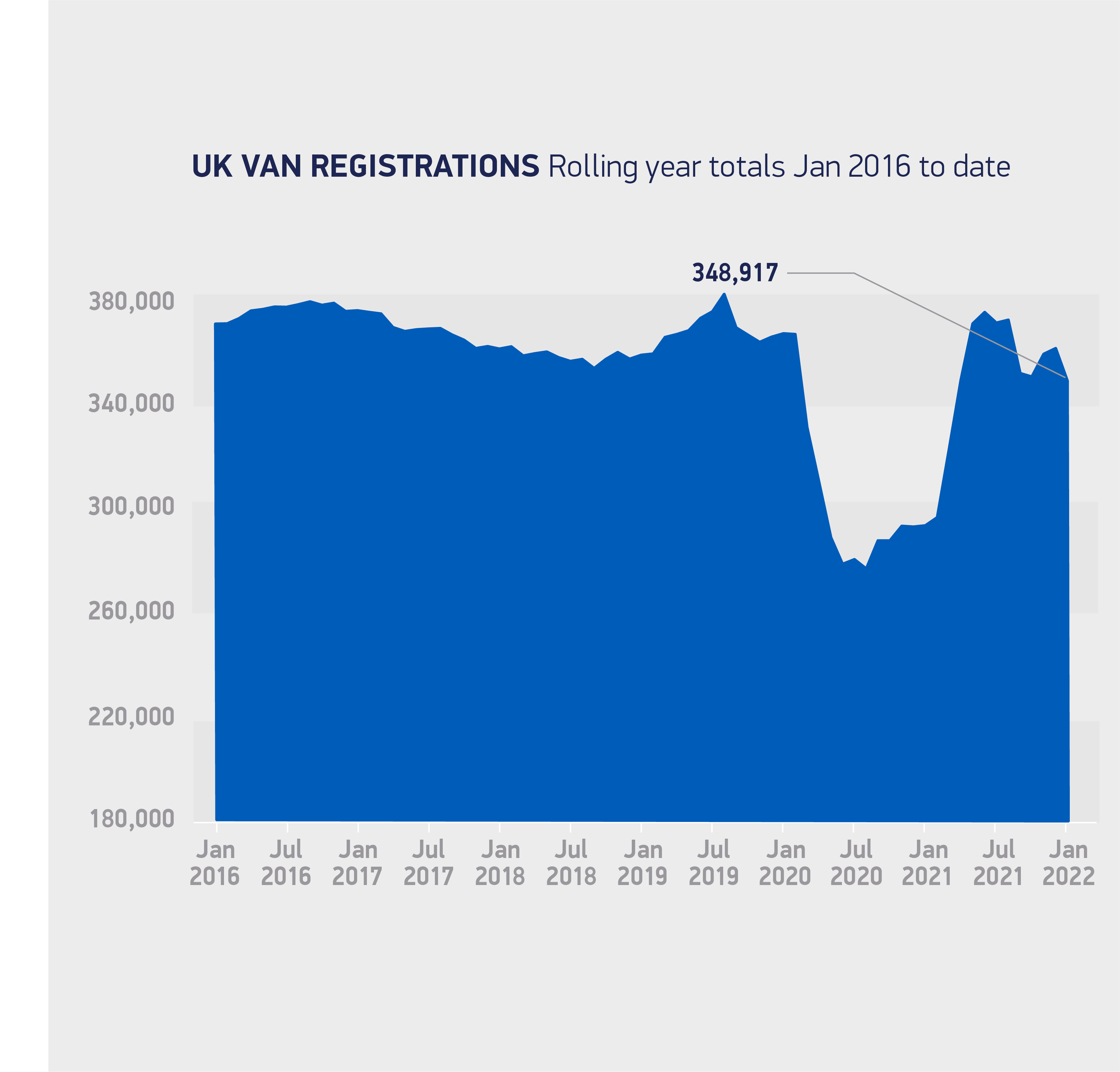 Despite the slow start, the van market is expected to post another strong year. While chip shortages, rising inflation and increased energy costs will have an impact, growth is still anticipated given the inexorable rise of home deliveries and broader economic recovery. With more battery powered vans coming to market, the demand for these new technologies seen in January is likely to continue across the year. With uptake rates still lagging the new car market, which has the same end of sale date, the importance of bringing every lever – purchase incentives, fiscal measures and recharging infrastructure investment – to bear on this critical sector is self-evident. 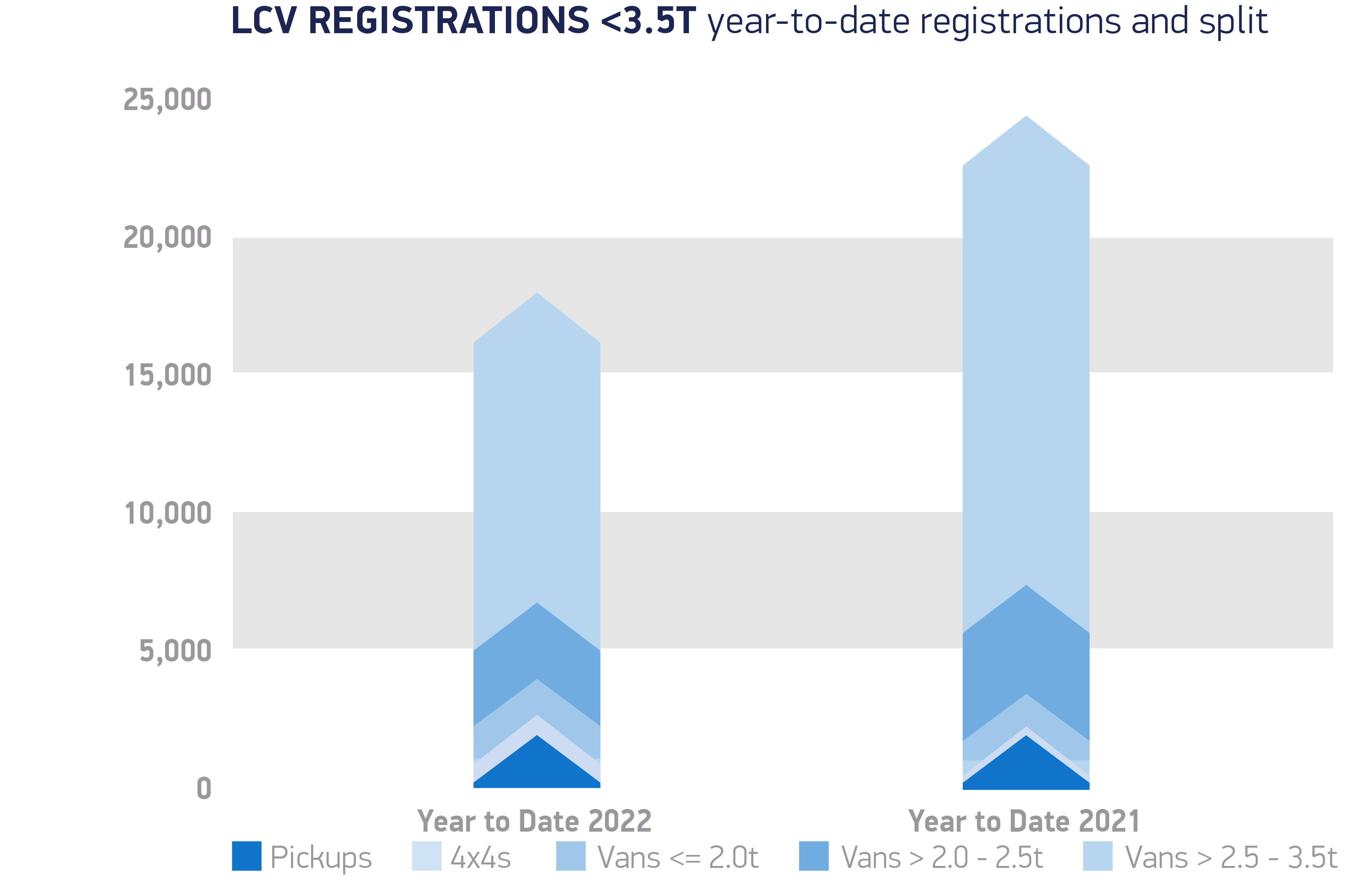