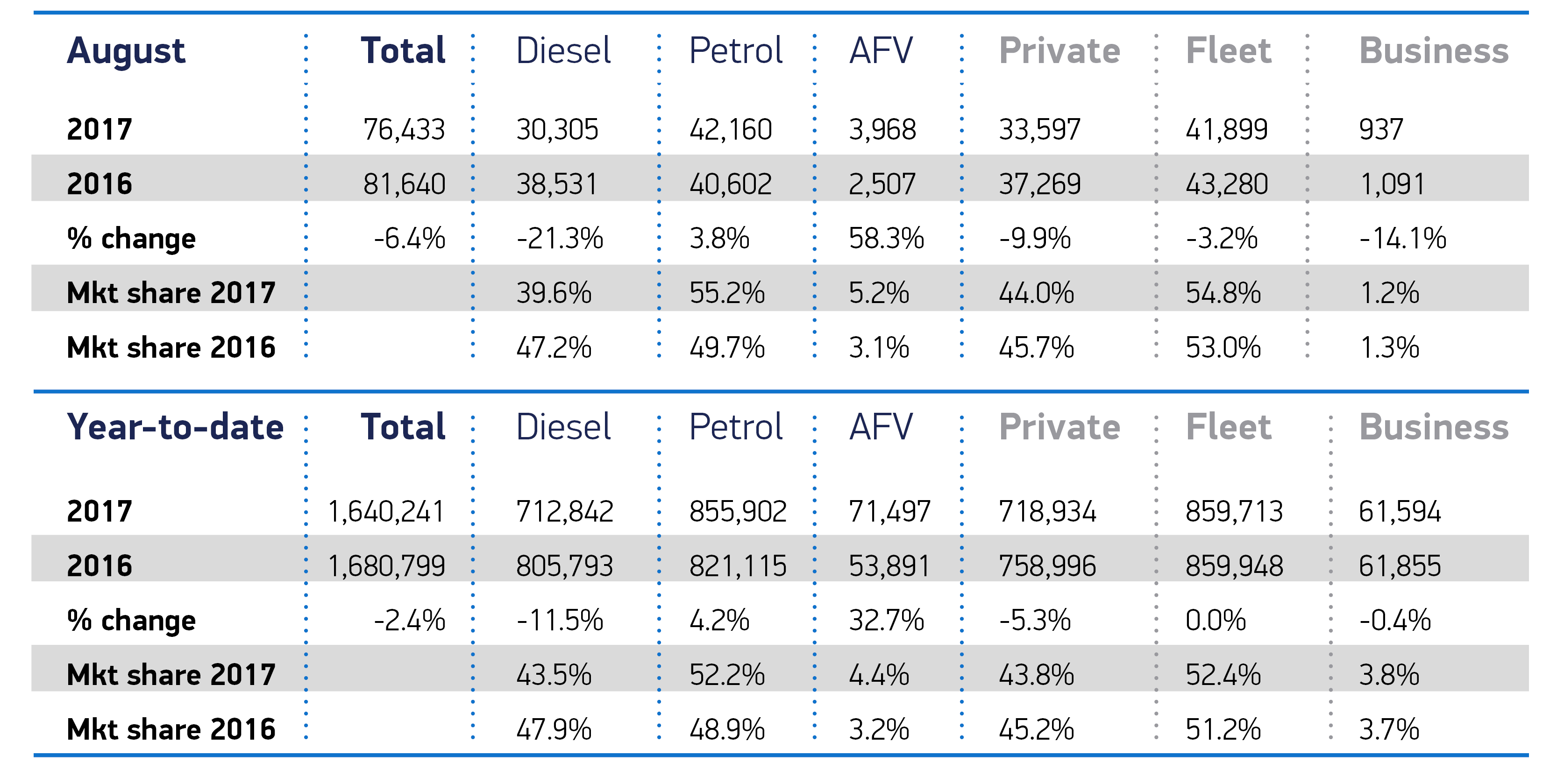 The UK new car market reported its fifth consecutive month of decline in August, according to figures published today by SMMT. Registrations fell -6.4%, after a record August in 2016.

However, with more than 76,000 new cars registered, the performance still represents the third biggest August in 10 years.1 Year to date, the market remained broadly in line with expectations, down -2.4%, with 1,640,241 new cars joining British roads in the first eight months.

Superminis and small family cars remained the most popular types in August, accounting for more than half (58.3%) of registrations. However, SUVs, larger family cars and executives were the only segments to grow, up 7.9%, 2.2% and 1.1% respectively. 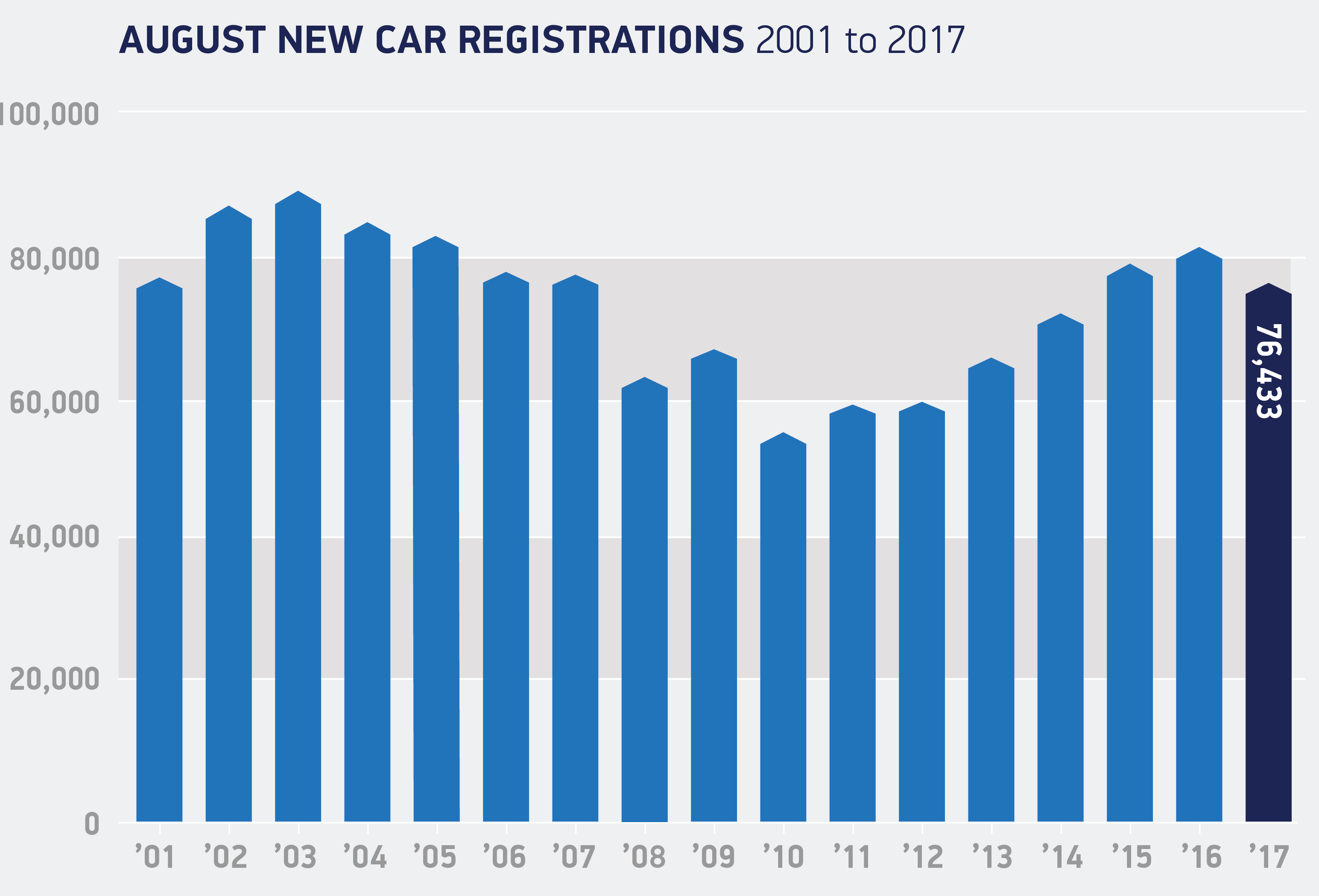 Meanwhile, more people chose to get behind the wheel of an alternatively fuelled vehicle (AFV) than ever before in the month, accounting for a 5.2% share of the market.2 Demand for petrol hybrid and pure electric battery powered cars increased substantially, up 74.9% and 62.5%, while plug-in hybrid registrations rose 38.5%. Conventional petrols grew 3.8% and diesels fell -21.3%.

August is typically a quiet month for the new car market as consumers and businesses delay purchases until the arrival of the new number plate in September. With the new 67-plate now available and a range of new models in showrooms, we anticipate the continuation of what are historically high levels of demand.