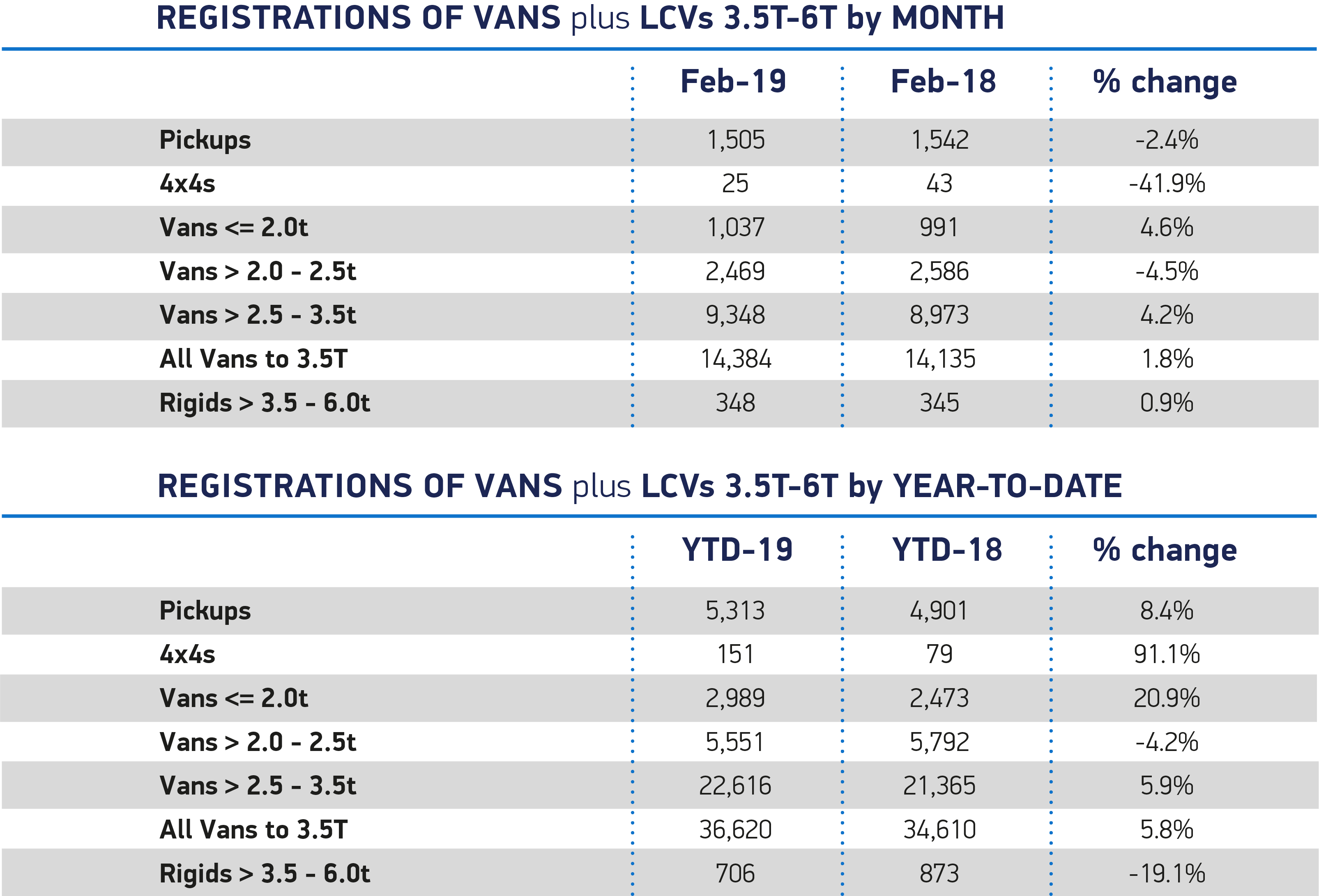 The UK new light commercial vehicle (LCV) market remained stable in February, with year-on-year demand growing by 1.8%, according to the latest figures released today by the Society of Motor Manufacturers and Traders (SMMT). 249 more vans and pick-ups hit British roads in February (typically one of the year’s smallest months) compared with 2018, as strong market incentives boosted registrations.

While stability in the new van market in February is welcome news, it is important to remember that February is typically a quiet month, as buyers await the March plate change. The increase follows a turbulent few months for van registrations and the effect of ongoing political and economic uncertainty on business confidence is likely to result in further fluctuations throughout the year. 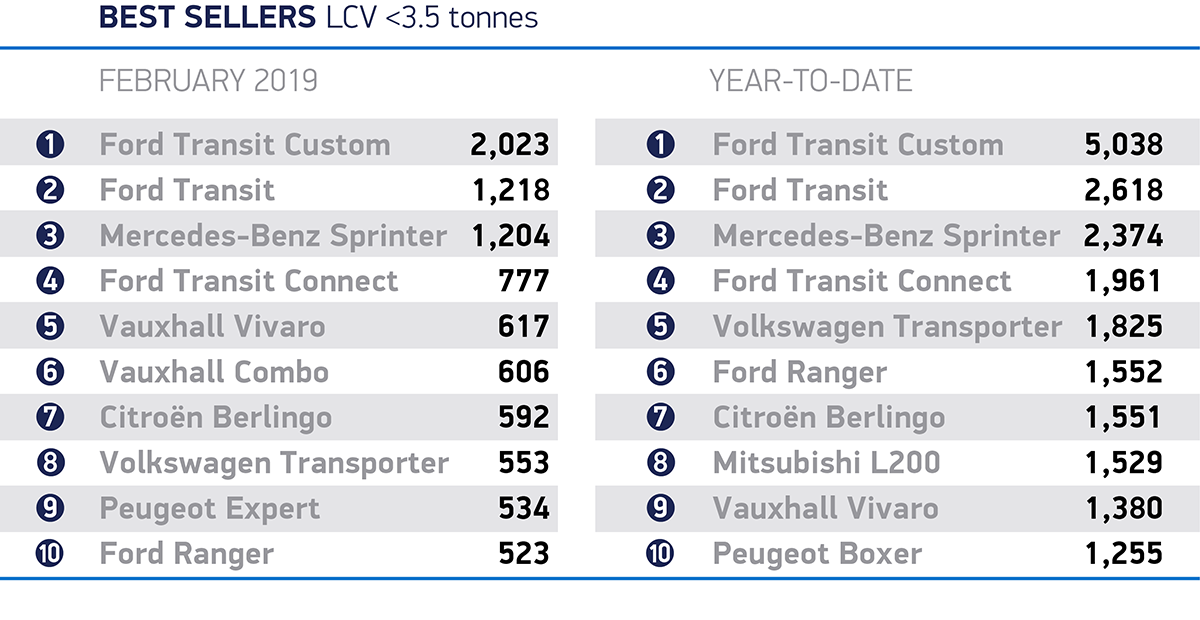 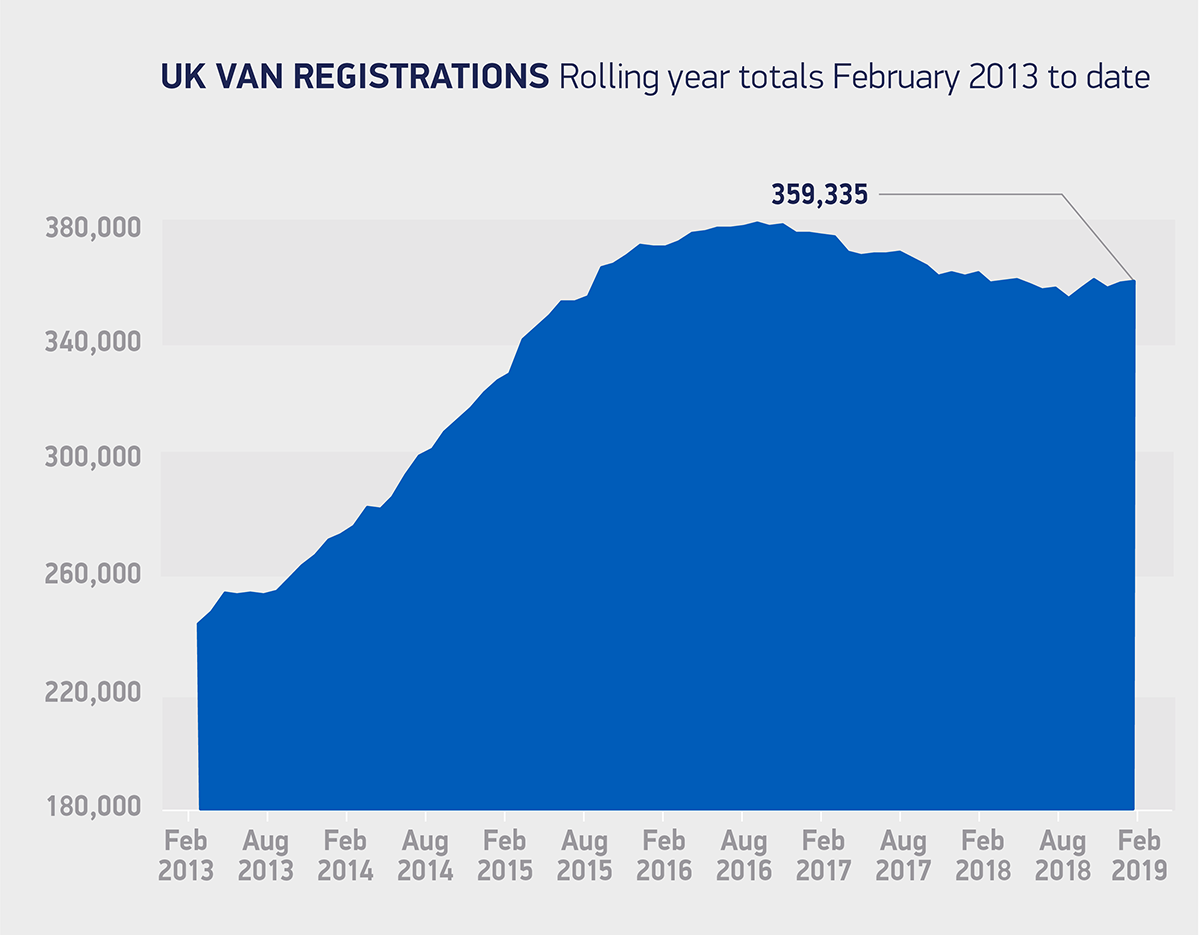