The UK new car market declined by -4.1% in April, according to figures released today by the Society of Motor Manufacturers and Traders (SMMT). The month saw 161,064 units registered, the second lowest April volume since 2012 but following a double-digit increase the previous year.1 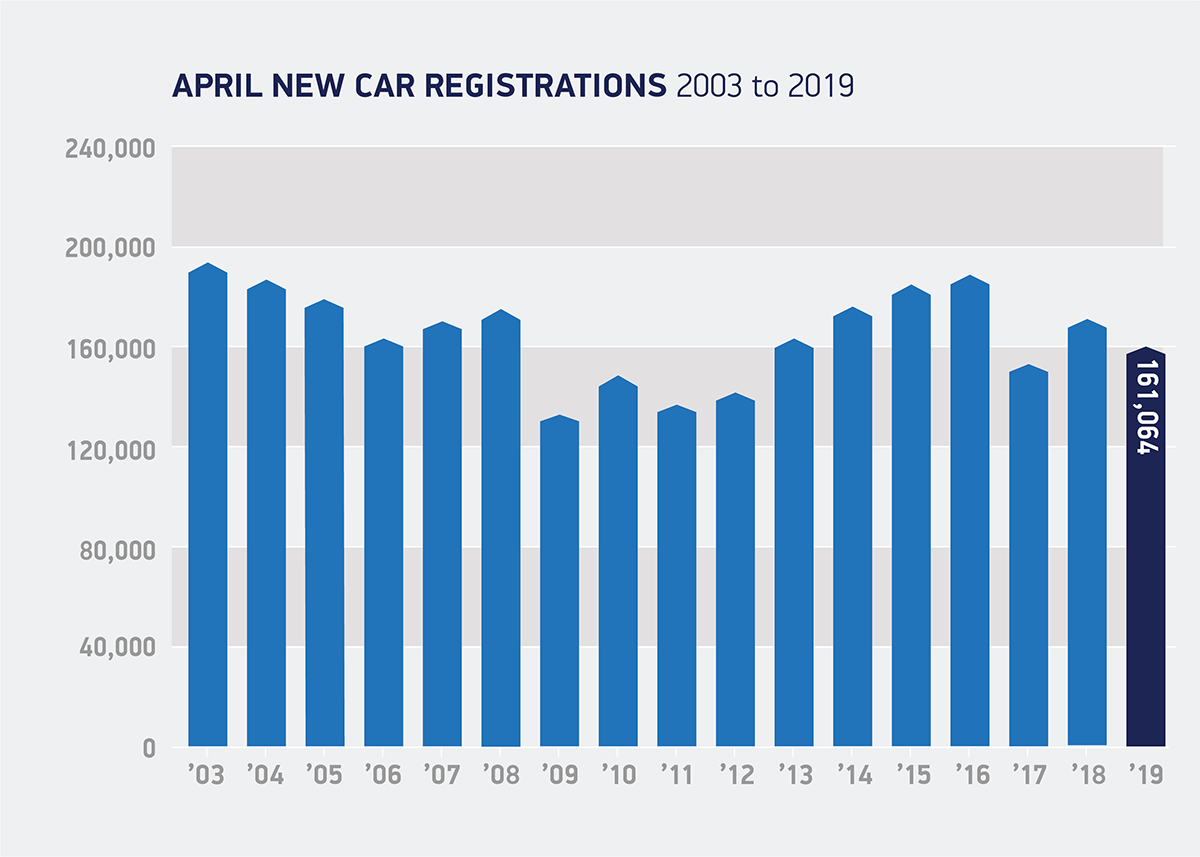 Declines were recorded across most vehicle segments, with registrations of popular supermini and small family cars falling most significantly, down -14.1% and -10.6%.

Demand for lower volume luxury saloons and sports cars rose while the dual purpose segment also grew, by +18.4% to 40,580 units. These vehicles are now the third most popular body type, with registrations tripling since 2012.3

Petrol electric hybrids remained the most popular choice, up 31.1% to 6,810 units. Battery electric cars also recorded a strong uplift, from 929 to 1,517 units, which still only represents 0.9% of the market.

Meanwhile, zero emission-capable plug-in hybrids experienced a significant decline, down -34.4% in April and -20.4% year-to-date – evidence of the consequences of prematurely removing upfront purchase incentives before the market is ready.

Manufacturers are investing heavily to bring ultra-low and zero emission cars to market, with some 40 plug-in models now available in showrooms, and over 20 more expected to arrive in 2019. However, if this still emerging sector is to reach meaningful levels, measures and incentives that build business and consumer confidence will be vital.

While it’s great to see buyers respond to the growing range of pure electric cars on offer, they still only represent a tiny fraction of the market and are just one of a number of technologies that will help us on the road to zero. Industry is working hard to deliver on this shared ambition, providing ever cleaner cars to suit every need.

We need policies that help get the latest, cleanest vehicles on the road more quickly and support market transition for all drivers. This includes investment in infrastructure and long term incentives to make new technologies as affordable as possible.