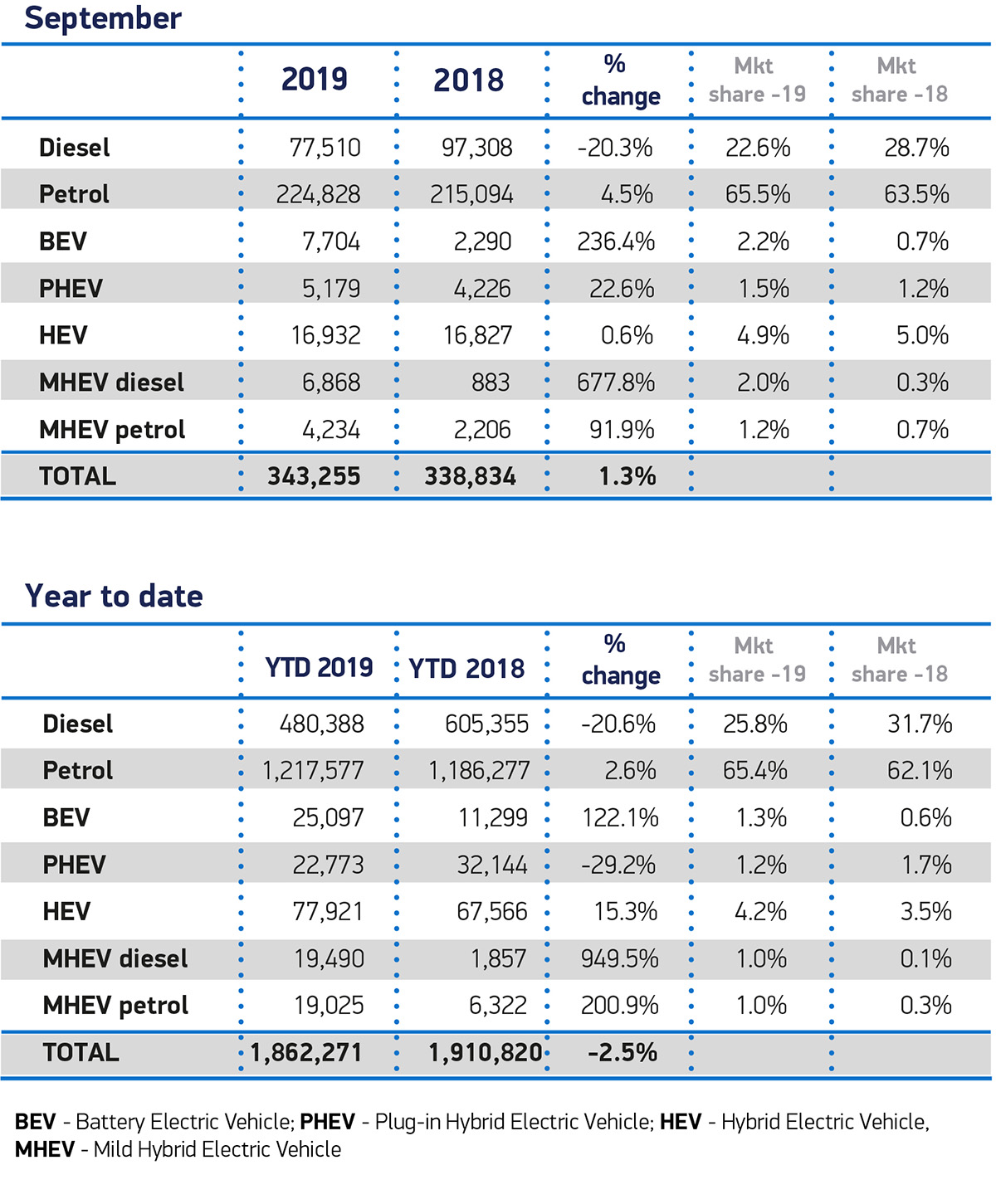 The UK new car market declined -2.5% in the first three quarters of the year, according to figures released today by the Society of Motor Manufacturers and Traders (SMMT). September saw modest year-on-year growth following a substantial -20.5% decline in the same month in 2018, when new emissions regulations and lack of testing capacity across Europe affected supply.

The growth, representing some 4,421 units, was not enough to recover losses of over 87,000 in last year’s important plate-change month, however, leaving the year-to-date market trailing some 49,000 units behind this time in 2018. It is also in stark contrast to other major European markets, which this September rallied in double digits. 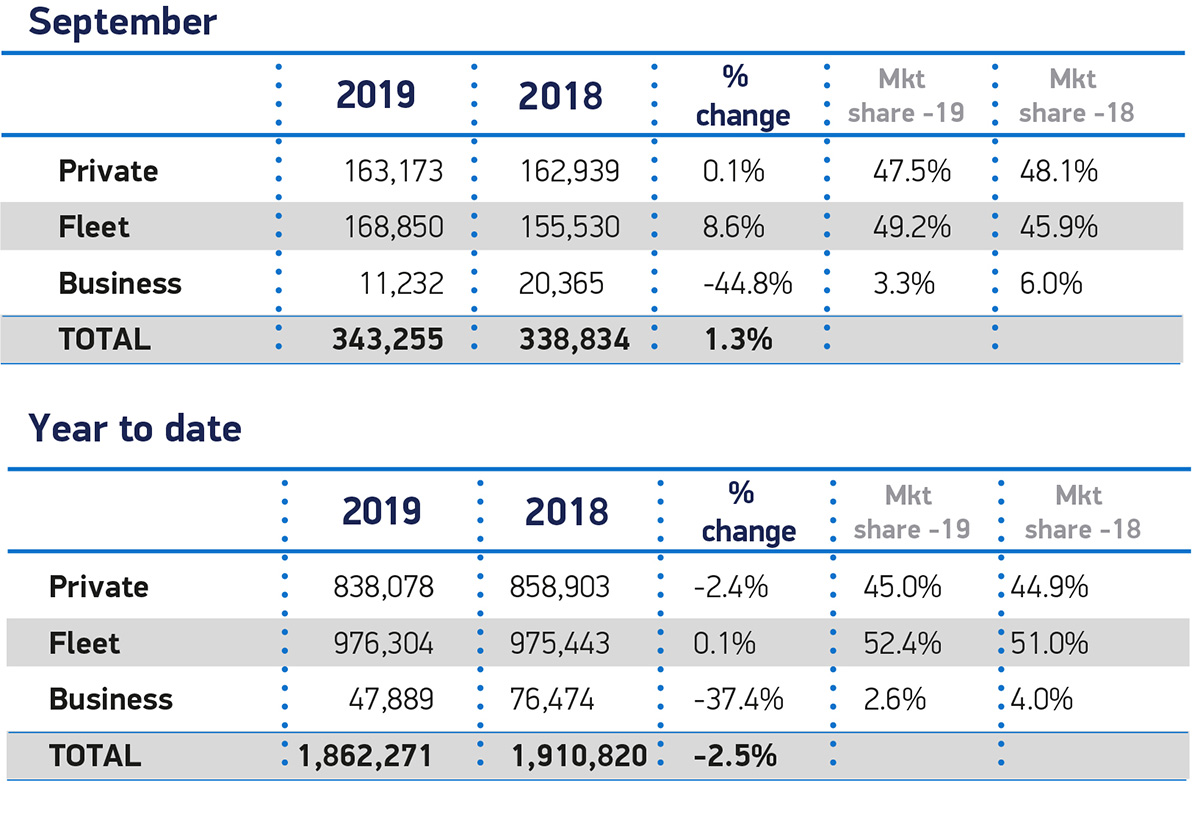 While the same regulatory upheaval has been experienced across the EU, in the UK the market is being subdued by the added pressure of political and economic uncertainty, with weak confidence stopping consumers from committing to big ticket purchases.

September’s volumes were driven by the fleet sector, which grew 8.6%. Meanwhile, private demand remained stable, up 0.1%, while business registrations declined -44.8%. Diesel registrations fell -20.3%, as petrols experienced a moderate increase of 4.5%.

There was good news for battery electric cars (BEVs), which saw the biggest percentage growth of all fuel types, up 236.4% (5,414 units) as new models boosted registrations. Plug-in hybrids (PHEVs) also saw growth for the first time in six months – albeit on the back of a -22.3% decline in the same month last year. Year-to-date PHEV registrations are now -5.2% below the same period two years ago. By comparison, popular hybrid electric and battery electric cars are up 32.4% and 125.1% on the same period. 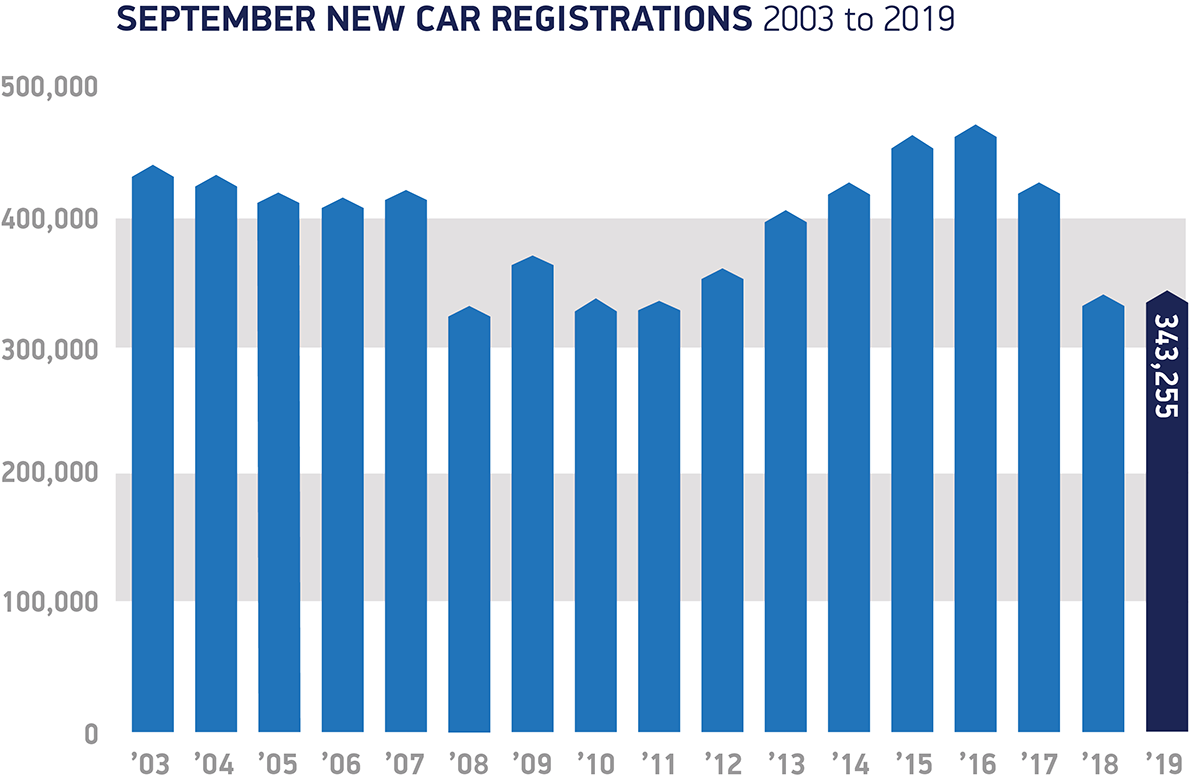 September’s modest growth belies the ongoing downward trend we’ve seen over the past 30 months. We expected to see a more significant increase in September, similar to those seen in France, Germany, Italy and Spain, given the negative effect WLTP had on all European markets last year. Instead, consumer confidence is being undermined by political and economic uncertainty.

We need to restore stability to the market which means avoiding a ‘no deal’ Brexit and, moreover, agreeing a future relationship with the EU that avoids tariffs and barriers that could increase prices and reduce buyer choice.