UK new car sales down -89.0% in May as ‘click and collect’ sparks hope ahead of showroom re-opening 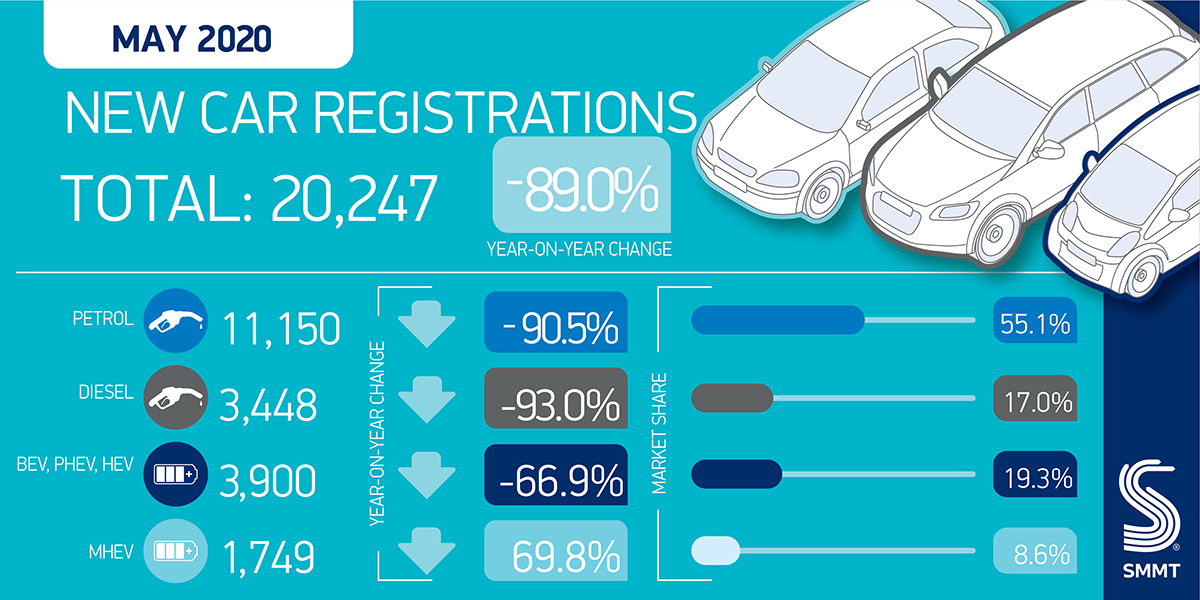 UK new car registrations fell -89.0% in May, according to figures published today by the Society of Motor Manufacturers and Traders (SMMT). Some 20,247 cars were registered in the month, as ‘click and collect’ services, allowed from mid-month, saw some movement in the market. However, with 163,477 fewer registrations than in the same month last year, the performance still marked the lowest May since 1952.1

Private buyers accounted for the lion’s share of registrations at 63.7% of the market, equivalent to 12,900 units, while 6,638 cars went to fleets. There were severe declines across all segments and fuel types, apart from battery electric vehicles, with 429 more units registered year on year in this exceptional month as pre-orders of the latest premium models were delivered to customers.

The overall market is now down -51.4% in the first five months of 2020, at just over half a million registrations compared with more than one million at this point last year. The news comes in the week that car showrooms in England were given the green light to re-open following more than two months of lost trading. In Scotland, Wales and Northern Ireland (until next week), however, car showrooms remain closed. 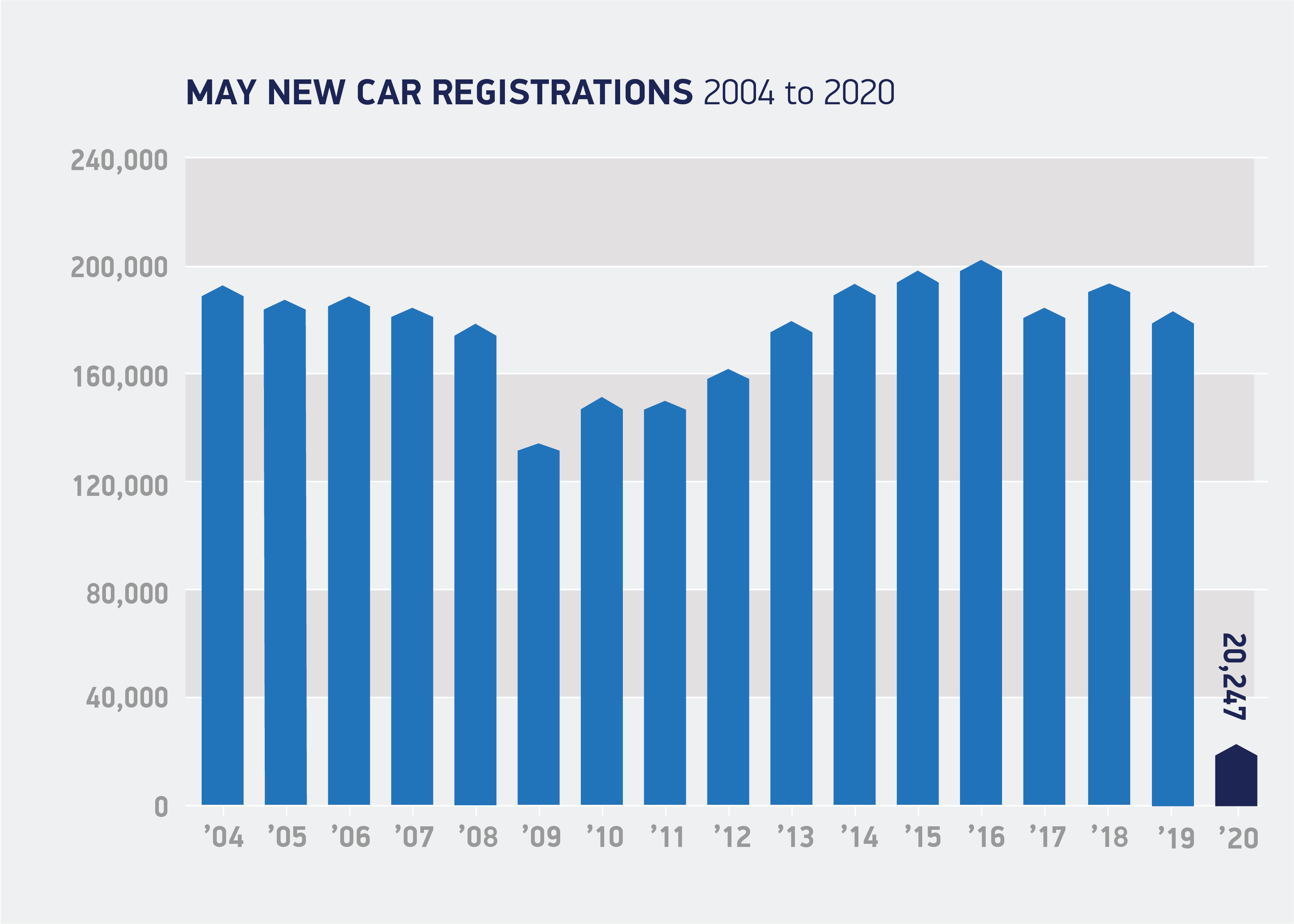 After a second month of shutdown and the inevitable yet devastating impact on the market, this week’s re-opening of dealerships is a pivotal moment for the entire industry and the thousands of people whose jobs depend on it. Customers keen to trade up into the latest, cutting-edge new cars are now able to return to showrooms and early reports suggest there is good business given the circumstances, although it is far too early to tell how demand will pan out over the coming weeks and months.

Restarting this market is a crucial first step in driving the recovery of Britain’s critical car manufacturers and supply chain, and to supporting the wider economy. Ensuring people have the confidence to invest in the latest vehicles will not only help them get on the move safely, but these new models will also help address some of the environmental challenges the UK faces in the long term. 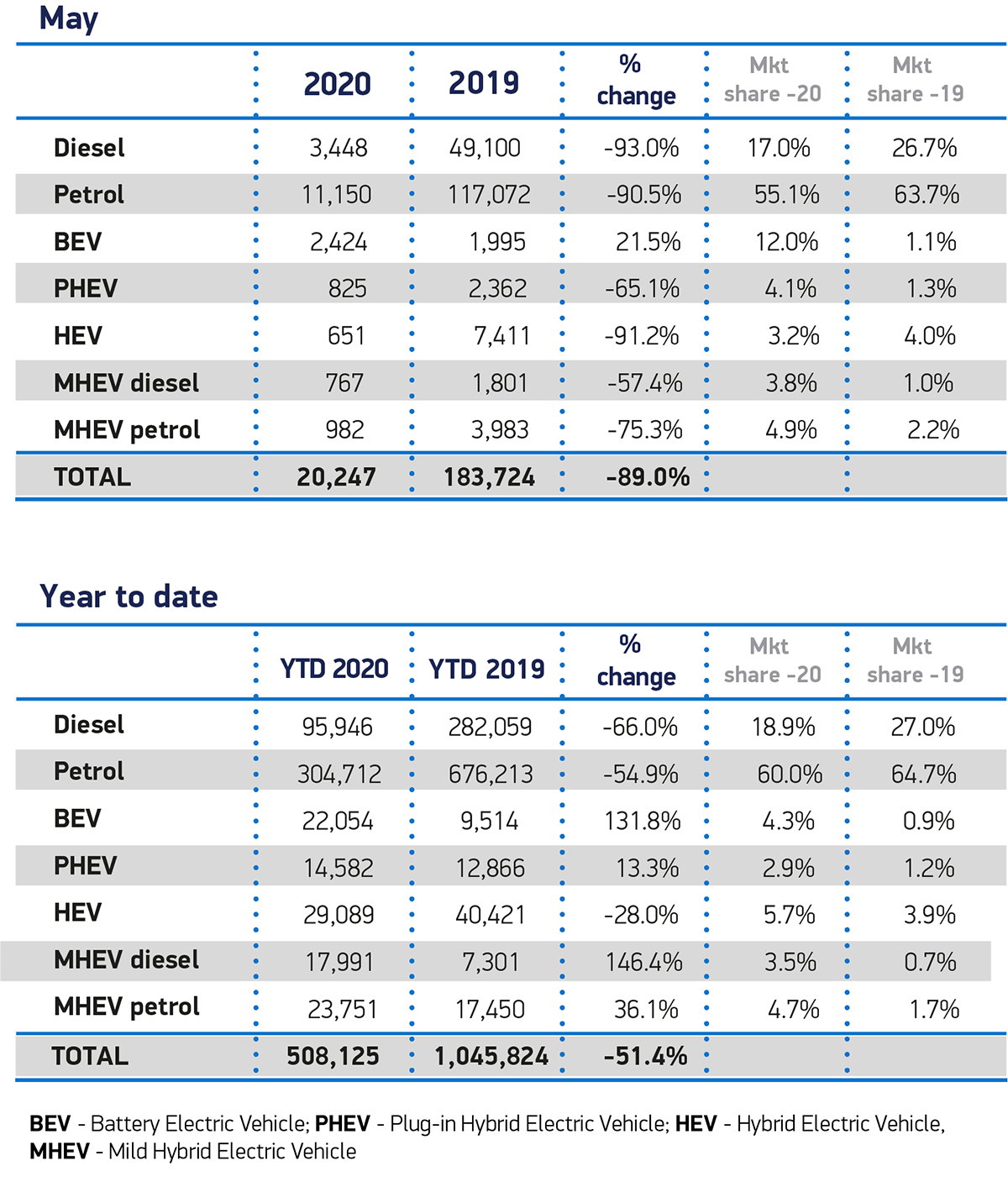