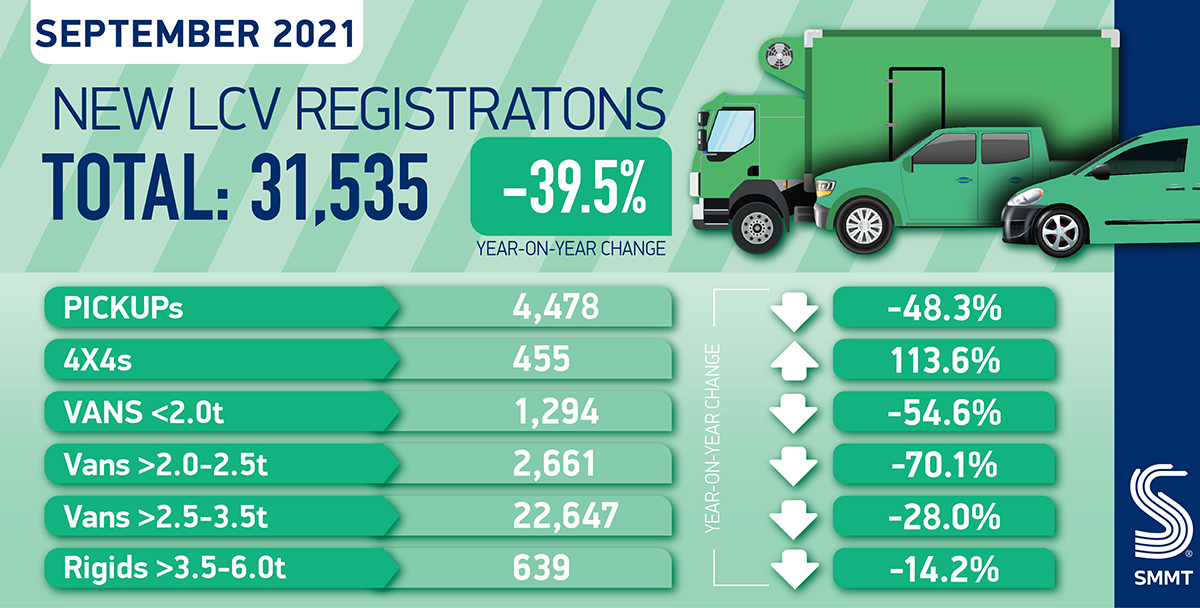 The September light commercial vehicle (LCV) market declined by –39.5% with 31,535 vans registered according to the latest figures released today by the Society of Motor Manufacturers and Traders (SMMT). However, compared to the pre-pandemic five year September average,1 the sector was down -41.8% meaning the latest figures are the lowest for a September since 2009, when the market was suffering from the recession brought on by the financial crisis.2 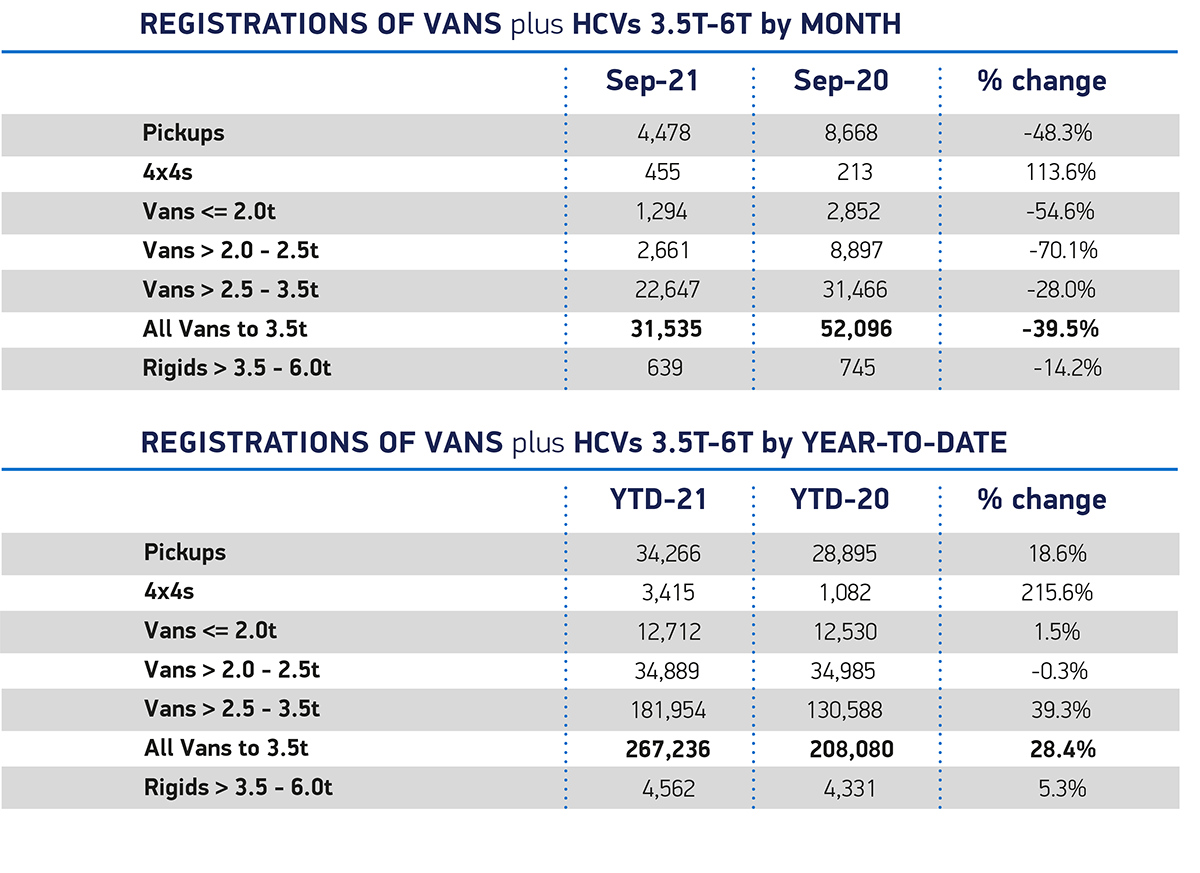 Registrations during the month fell by double digits across all weight classes, except 4x4s, with the number of vans weighing between 2.0-2.5 tonnes seeing the largest decline, of -70.1%. Despite comprising the majority of the market in September, heavier vans, which weigh more than 2.5 tonnes, fell by -28.0% and light vans weighing less than or equal to 2 tonnes dropped by -54.6%. Despite the declines in September, heavier van uptake remains robust on 2020, with more than 51,000 additional units registered in the year to date compared to 2020. 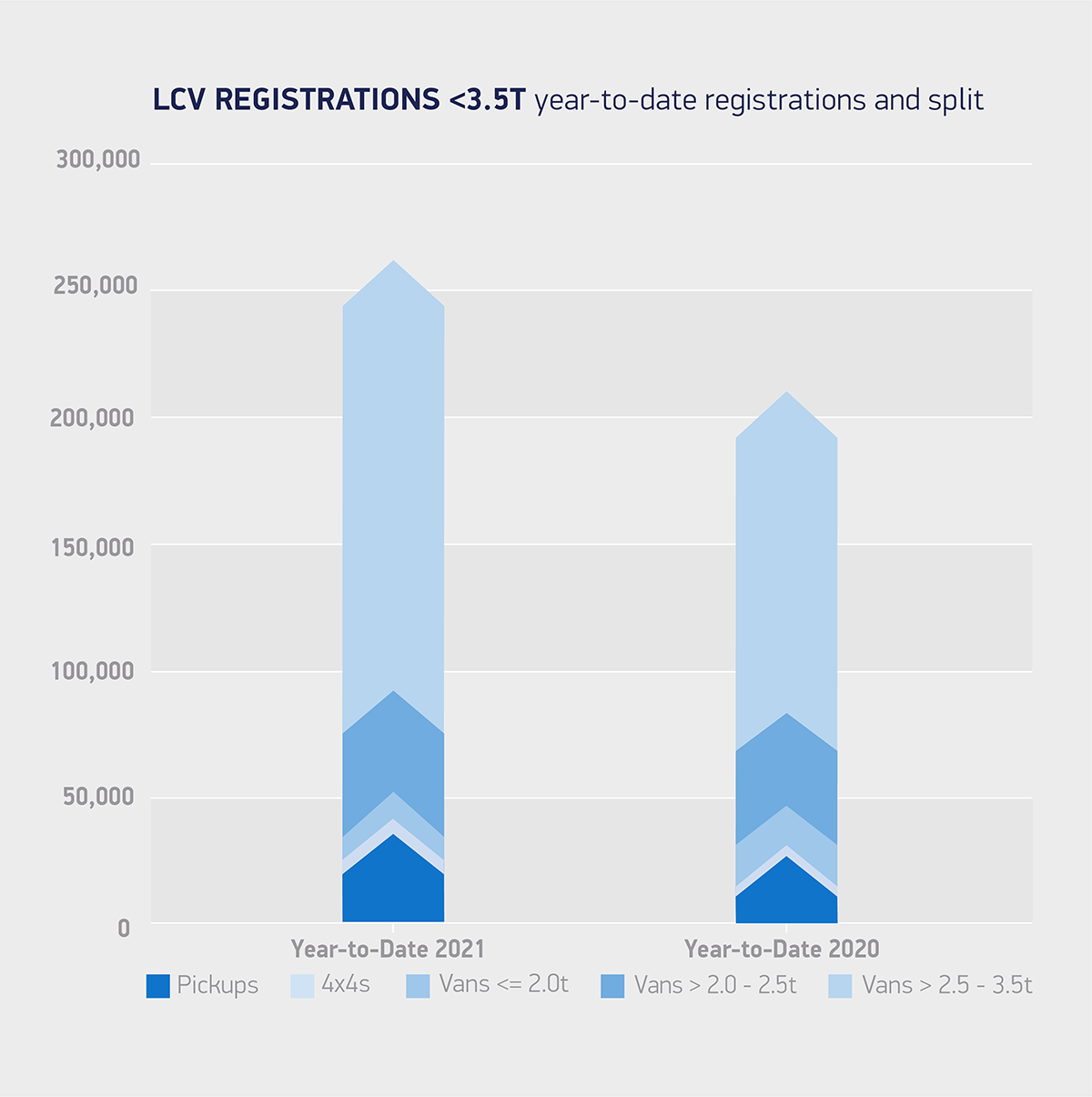 The impact of the semiconductor shortage is now becoming more severe, with CV production lines both in the UK and overseas seeing supply bottlenecks. Year-to-date registrations still remain higher than the Covid-affected 2020, up by 28.4%3 (or 59,156 units), however, the market is still below the pre-pandemic five-year average by -5.9%.4

September was a disappointing month for new van registrations, as the much-documented semiconductor shortage has started to impact supply. Manufacturers are doing all they can to fulfil orders and, after a strong year so far, demand still remains high. With businesses continuing to renew their fleets, there is a greater choice than ever of new zero emission models coming to market, helping ensure the commercial vehicle sector plays its part in decarbonising road transport.